Whites Need Not Apply: Deval Patrick and The 2020 Democratic Nomination

Barack Obama and other members of the Black Overclass have reportedly decided former Massachusetts governor Deval Patrick should be the Democratic nominee in the 2020 presidential election [Obama’s Inner Circle Urging Patrick to Run, by Edward Isaac Dovere, Politico, August 1, 2017]. For immigration patriots, this is good news. Patrick is the perfect candidate to ensure Donald Trump’s re-election.

Of course, every aspiring candidate claims he’s been “urged” to run by others, though his most vociferous supporter is usually the man who greets him in the mirror every morning. But Patrick’s case, I suspect the Black Overclass really has anointed him as their standard bearer. They greatly enjoyed the power and prestige the Obama years provided, and doesn’t want to go back to white Leftists like Elizabeth Warren.

Deval Patrick was Obama before Obama. Democratic strategist David Axelrod successfully sold him as a “post-racial” candidate in the 2006 Massachusetts gubernatorial race, using largely the same slogan, platform, and even some of the same speech lines that Obama would use to win the White House two years later.

It worked once, but it won’t work again. Obama fatigue is real and many former Obama voters know now the post-racial package was a scam. A Patrick candidacy would further detach white voters (and others) from the Democratic Party—a party which increasingly obviously despises the Historic American Nation.

While Barack Obama is a genuinely smart guy (though hardly as cerebral as his fanbase believes) Deval Patrick is just not very bright. “I stink at standardized tests,” he wrote in his autobiography about having flunked the bar twice.

Some genuinely bright people don’t excel at standardized tests, but only dumb people “stink” at them.

Deval Patrick has always portrayed his blackness as something he’s struggled to “overcome.” But if Patrick were white, he never would have gained admission to Milton Academy, Harvard University and Harvard Law School, three pricey schools where he was required to pay little or no tuition. Being black is precisely what gave the intellectually mediocre Patrick access to wealth and opportunity.

Consider Patrick’s career. When he finished law school, he clerked for Judge Stephen Reinhart, perhaps the most liberal justice on the most liberal court in the country—the U.S. 9th Circuit.[The Judge The Supreme Court Loves to Overturn, by Matt Rees, The Weekly Standard, May 5, 1997]. Reinhart always showed particular antipathy for whites, once calling the federal courts a “bastion of white America” and a “symbol of white power.”

Patrick then spent the next three years at the NAACP where he took up the cause of black felons who had been convicted of capital crimes—crimes invariably committed against white people. [Civil Rights Is Familiar Terrain For Clinton's Justice Choice, by Lynn Duke, The Washington Post, 14, 1994] 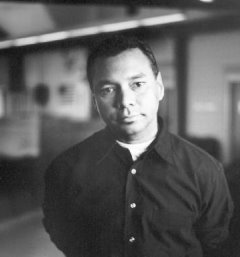 For example, Patrick took up the cause of Benjamin LaGeur. right. In 1984, LeGeur was convicted of savagely raping his 59-year-old white neighbor in Leominster, MA. LaGeur tied the woman’s wrists together with a telephone cord and repeatedly raped and sodomized her for over eight hours. He broke her jaw and ribs and held a plastic bag over her head until she passed out. Songer was convicted of first degree homicide and given the death penalty. But Patrick and his legal team attacked (arguing that the killer never had a chance to argue his “good character, background and education” at a sentencing hearing) and successfully reduced the penalty to life in prison—where he still resides. [Trooper Killer Resentenced, Gets Life Term, by Jim Runnels, Orlando Sentinel, July 12, 1989]

Patrick’s racial activism could and should have been brought up during his confirmation process to be Bill Clinton’s Deputy Attorney General for Civil Rights in 1994. But instead, Republican and Democratic Senators gushed over him and he was easily confirmed.

Twelve years later, when Deval Patrick ran for governor of Massachusetts, the process essentially repeated. Few dared to ask the “post-racial” candidate about his past racial activism or about flunking the bar exam twice. The rumors were out there, but everyone was either intimidated or giddy because Deval Patrick was black.

This is Deval Patrick’s secret for both campaigning and governing. He perceives all criticism as racial slights and then proceeds to get “offended.” His white opponents then capitulate.

That strategy works in the Bay State and the Beltway. But it won’t work against Donald Trump in Middle America.

Deval Patrick has never experienced a difficult campaign in his life. Both of his gubernatorial campaign victories were, like his 1994 Senate confirmation, essentially bestowed on him because of his race.

In a real campaign, Patrick would crumble quickly—as long as Team Trump doesn’t fear being called racists, which they surely will be.

I can think of many effective responses to a Patrick Campaign, but let me mention just one.

In January, 2017, Deval Patrick sent the Senate Judiciary Committee a letter opposing the nomination of Jeff Sessions to be Attorney General. In the letter, Patrick accused Sessions of seeking to deprive blacks in Alabama of the right to vote when Sessions was a federal prosecutor in 1985.

In reality, the case in question was one of absentee ballot fraud. But, like all black Leftists, Patrick maintains that prosecuting voter fraud is a form of voter intimidation, a ludicrous position that the anti-American Left has long maintained and which forms the basis of their opposition to voter ID requirements.

While this claim is highly untenable, it does highlight an interesting hypocrisy.

In 1994, then-Deputy Attorney General Deval Patrick ordered FBI agents to arrive unannounced at immigration patriot Barbara Coe’s family home in Huntington Beach, CA. just prior to the successful vote Coe spearheaded to pass Proposition 187 (which would have prohibited illegal aliens from receiving certain public benefits). Coe told me personally the agents were “beyond insolent”, and even asked her very personal questions about herself and her children. Incensed, Coe demanded the agents leave her home.

Deputy Attorney General Deval Patrick gave this order even though Coe was not under investigation. Sounds like voter intimidation to me [Testimony Of The Honorable Dana Rohrabacher, Subcommittee On The Constitution, U.S. House Of Representatives October 19, 1995].

But Patrick sees nothing wrong with using the force of government to browbeat whites. The only record I can find of of Deval Patrick ever defending a white person against anything is when he helped Carl Songer (above) escape the death penalty for murdering a white cop.

Let’s also not overlook the issue that is causing the Democratic Party to hemorrhage more white votes than any other—immigration. As governor, Deval Patrick supported in-state tuition for illegal aliens, non-citizen voting, and free healthcare—all opposed even by the Massachusetts Legislature. [Deval Patrick calls for national dialogue on revamping immigration laws, by Kyle Cheney, The Boston Globe, October 14, 2011]

According to Karl Marx, man experiences alienation when something that he creates eventually dominates him, turning on him like Dr. Frankenstein and his monster.

This is what happened to the white Cultural Marxists who have run the Democratic Party. They engineered the coalition of the diverse to gain a moral advantage over white Republicans. But in the process they permanently repelled white voters, and now their minority base is turning on them.

Deval Patrick would continue this process. If he’s on the 2020, he’ll be a millstone around the neck of a party which is already losing white voters. And Democrats will have no one to blame but themselves.