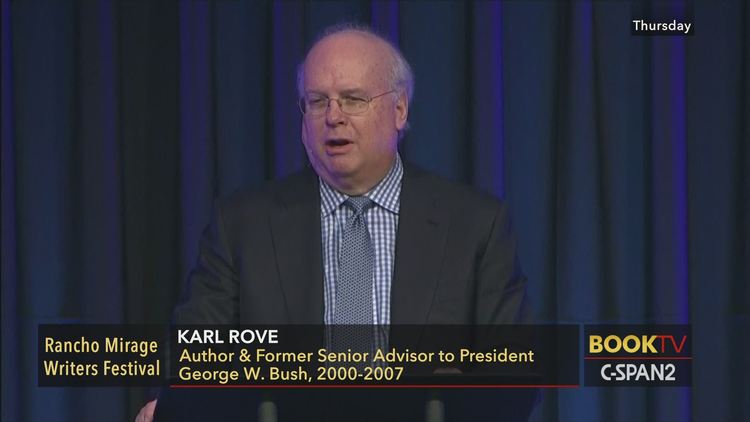 We've Got Karl Rove to Kick Around Some More!

You might think that Karl Rove would be taking a bit of a break. After guiding the GOP to its disastrous 2006 campaign, and having his protégé Steve Schmidt run John McCain's clueless 2008 campaign into the ground, doesn't he want to think things over—to lie low until he figures out where he went so terribly wrong?

After all, the Republican President whom Rove guided to narrow victories in 2000 and 2004 has presided in recent weeks over the wholesale nationalization of sizable chunks of the economy—the biggest victory that socialism has ever won in the history of the United States.  And he has managed to get himself succeeded by a man of the radical left, driven by racial animosity against the American majority. (See my new book America's Half-Blood Prince: Barack Obama's "Story Of Race And Inheritance"!). Isn't that kind of a downer?

But you would be wrong. Rove is bustin' out all over. According to his biography in The Wall Street Journal:

"Karl writes a weekly op-ed for The Wall Street Journal, is a Newsweek columnist and is now writing a book to be published by Simon & Schuster. Email the author at Karl@Rove.com or visit him on the web at Rove.com."

Rove is still pushing the Political Big Idea of the Bush Administration: converting Hispanics to the GOP. In his November 13 WSJ column, History Favors Republicans in 2010 he asserted:

"One of the most important shifts was Hispanic support for Democrats. John McCain got the votes of 32% of Hispanic voters. That's down from the 44% Mr. Bush won four years ago. If this trend continues, the GOP will find it difficult to regain the majority."

C'mon, Karl—give it a rest! Your boy George did not get 44 percent of the Hispanic vote in 2004. You know perfectly well that Edison-Mitofsky, the exit poll company, admitted in January 2005 that they had botched up the methodology. The real number was around 40 percent—firmly in the GOP's historically horrible Hispanic range.

More importantly, the main reason Bush reached 40 percent in 2004 was because the two of you bought a few percentage point increase in the Hispanic vote with the Housing Bubble.

The Bush Administration tried to turn Latinos into home-owning Republicans, using no down payment subprime adjustable rate mortgages. In 2002-2004, Bush campaigned against down payments on home loans as the chief impediment to his goal of adding 5.5 million minority homeowners.

Hispanics, on average, are natural tax-and-spend Democrats. Rove tried to turn them into Republicans through a policy of borrow-and-spend. Home purchase mortgage dollars flowing to Hispanics increased 691 percent from 1999 to 2006. In California, the black hole of the mortgage meltdown, the fraction of first-time home purchasers in California who didn't put any money down grew from 7 percent in 2000 to 33 (!) percent in 2004 to 41 (!!) percent in 2006.

Although the Bush Administration was most interested in wooing Hispanics with easy credit, the lax lending standards applied to everybody—further fueling the Bubble.

Now, though, Hispanics are defaulting in huge numbers on mortgages they never should have gotten in the first place. And they are being laid off from their construction jobs building homes we didn't need and couldn't afford.

And we're all paying the ghastly economic price for Rove's political gambit.

It's important to fully understand why the lessons the two Texans, Rove and Bush, learned in their home state didn't apply in other heavily Hispanic states.

So far, the mortgage meltdown hasn't been as bad in Texas as in the four "Sand States" (as they were known on Wall Street during the Bubble): California, Nevada, Arizona, and Florida. These are home to half of the foreclosures and a large majority of the defaulted mortgage money.

Partly this is due to the Oil Bubble, which now appears to be ending. Oil prices over $100 per barrel kept the Texas economy strong in 2008, allowing debtors to avoid foreclosure.

Also, the enormous amount of land and the lack of environmental restrictions on home development in Texas means that when the federal government stimulates demand, the supply of housing increases quickly as well, keeping housing prices reasonable.

Finally, what Rove and Bush missed was how different the economic and immigration history of Texas over the last three decades was relative to the seemingly similar Sand States. Due to OPEC's oil price increases in the 1970s, Texas experienced a huge construction boom thirty years ago. That mostly attracted construction workers from the rest of the U.S. rather than from Mexico, because Mexico was simultaneously experiencing its own oil boom following massive new discoveries.

When oil prices collapsed in 1982, the economies of Texas and Mexico slumped simultaneously. The big wave of post-1982 unemployed illegal aliens therefore headed for California rather than for Texas.

That's why San Antonio had "surprisingly low levels" of immigration from 1965 to 2000, according to the important new book quantitatively comparing Mexican-Americans in San Antonio and Los Angeles in 1965 and 2000, Generations of Exclusion, by sociologists associated with the UCLA Chicano Studies Program.

The 2000 Census found that California's foreign-born population (26 percent of all residents) was almost twice as large as Texas's (14 percent).

As Texans, Rove and Bush apparently just couldn't understand the quantity and quality of the immigration situation in the other heavily Hispanic states. In 2000, Texas had a large but fairly well-rooted, stable, and assimilated Mexican-American population that had a reasonable potential to make enough money in resource-extraction or other blue-collar jobs to afford to buy Texas's cheap houses.

In sharp contrast, California had a huge and mostly new, ill-educated, and unassimilated Mexican-American population that didn't have even a chance of making enough money in Silicon Valley or Hollywood to afford California's already expensive houses.

The Rove-Bush policies weren't directly disastrous in Texas, the state they understood. But in other heavily Hispanic states, they were like trying to put out fire with gasoline.

Lately, there has been much talk about what the GOP needs to do in the future. An overlooked necessity is that the Republican Party must shed the Rove-Bush trick of appealing to Ronald Reagan's alleged philosophy of optimism to justify bad policies.

In the long run, what wins elections is not optimism or pessimism, but realism. Reagan triumphed less because he was optimistic than because he was realistic. He came to office in 1981 after a long period in which America had gotten kicked around. In a climate of gloom, he correctly assessed that, given some encouragement, America's business and military were capable of doing a much better job than the conventional wisdom of the time believed.

In contrast, Rove and Bush arrived in Washington 20 years later, following the enormous triumphs of the Reagan Era. When you're already on top of the world, it's implausible that the only way you can go is up.

Worse, while Reagan bet on Americans, Rove and Bush placed some of their biggest bets on foreigners. They guessed that all that was holding Iraqis back from democracy was Saddam Hussein. And they bet that Mexicans could earn enough to afford the American Dream of home ownership—if the government could only do something about those pesky down payments.

What should the Republican Party do in the future? After Rove's years of what I call Marketing Major postmodernism—the belief, often acquired through osmosis while studying public relations or advertising in college, that some egghead over in Europe proved that there's no such thing as truth or reality, so spin away!—the first priority must be to remake the GOP as the party of realism.

The Rove-Bush strategy of Invade the World/ Invite the World/ In Hock to the World reflected an unfounded faith not in Americans but in, respectively, the reasonableness, competence, and benevolence of non-Americans.

Now, we need to begin the long task of rebuilding with a clear, cold eye.