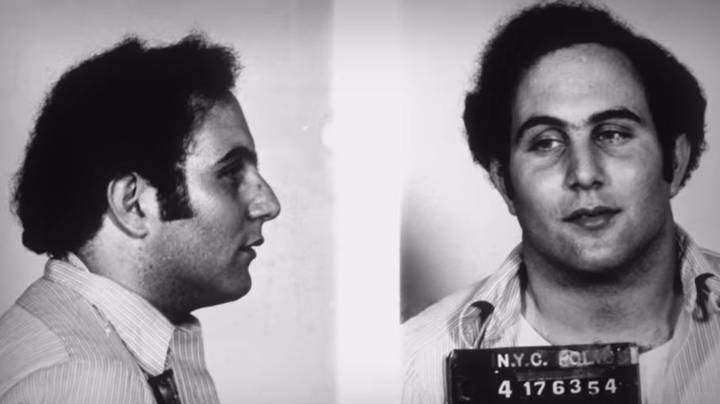 View from Lodi, CA: Thinking About a Serial Killer

In the 1970s, I worked in lower Manhattan in New York's financial district.

The 70s were heady days in New York. The economy was strong and the social attitudes were a continuation of the 1960s "anything goes" philosophy.

During the 1970s, dozens of social movements and new trends swept the country. Looking to escape the reality of the Vietnam War, Richard Nixon and Lyndon Johnson's lies about Southeast Asia, Americans eagerly looked for comfort wherever they could find it.

New movements were everywhere: sexual liberation, gay rights, radical feminism, open marriages, group marriages and prostitutes rights. Cocaine made its debut as the drug of choice among the upwardly mobile.

The most popular place in New York was Studio 54, where only the beautiful people were allowed past the corded entrance.

The birth control pill paved the way for Plato's Retreat, an open to the public sex club.

But for a 13-month interval, David Berkowitz, aka "Son of Sam" brought New York's wild life style to a screeching halt. Between July 1976 to August 1977, the city was caught up in "Son of Sam."

Although there was no 24-hour cable news in the 1970s, two of the major dailies, the New York Daily News and Rupert Murdock's New York Post used the grisly details to pump up circulation. The News and the Post redefined tabloid journalism during the Son of Sam era.

In January 1977, when Berkowitz officially announced himself to Bronx detective Captain Joseph Borelli as the "Son of Sam," New York immediately went into maximum-security mode.

New York's unique closed-in geography played a big role in contributing to everyone's terror. Young women who otherwise would have been at the disco hurried home to be with their mothers behind locked doors.

The subway, New York's preferred transportation, was considered too dark and too creepy. All of a sudden taxis—once considered luxuries for the expense account crowd—were tough to find.

When we worked past dusk, the firm would call a private car company to take young women home. The last thing the women did before they left the building was call home to say they were on the way.

And after we walked them to the car door, we insisted that they call as soon as they arrived to tell us they were safe.

Since the "Son of Sam" had shown a strong preference for killing brunettes, all of the dark haired women put blonde wigs on before they left the building. You couldn't find a brunette anywhere in New York after dark.

My secretary, Rosa de Marco, was one of thousands of unlikely looking blondes scurrying along the New York streets.

What remains as vivid as the paralysis that overtook New York is the odd end to the Son of Sam saga.

Police finally caught up with Berkowitz by combing through parking tickets near the scene of Sam's final murder.

When the police located Berkowitz's car, they found a duffel bag with .45 caliber carbine and 7 35-round clips, which Berkowitz planned to use for a Columbine-style massacre in the Hamptons.

And while everyone in the city expected Sam to be the most hideous monster, Berkowitz was, in fact, a dorky looking guy babbling about his neighbor's dog giving him orders to kill.

Berkowitz became more interesting after his trial and conviction. In 1977, a New York state law was passed prohibiting Berkowitz—or any other criminal—from profiting off his crime though books, television or movies.

Instead, escrow accounts were to be established so that victim's families could file claims. The Supreme Court declared the law—commonly referred to as the Son of Sam law—unconstitutional in 1991.

For the morbidly curious, you can get updated on Berkowitz by going to his website hosted by the House Upon the Rock Christian Church.

In what must be the all-time low in human decency, visitors to the site can read inspirational messages from Berkowitz and excerpts from his daily journal.

Testimonials about Berkowitz's conversation are also posted. According to a prison guard at Attica State Penitentiary, Berkowitz has seen the light.

Berkowitz has rejected parole and expects to live his life out in jail. His choice is easy to understand. For anyone who lived in New York during those fateful 13 months, putting Berkowitz back on the street is unthinkable.