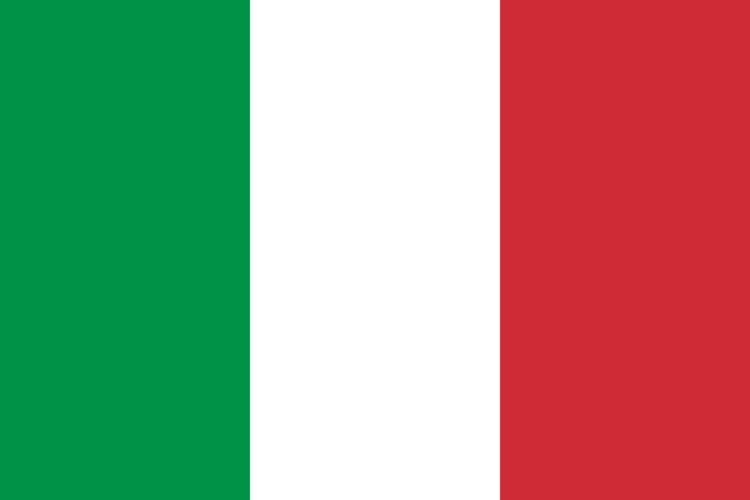 Things are happening in Italy. I've just seen published a commentary by longtime leftwing activist Ida Magli, published in the Milanese daily Il Giornale, that seeks to address a "phenomenon" that Italian intellectuals and journalists have tried to ignore.

the real concrete fact that every body occupies space. A territory possesses a determined area. As with any space, the territory belonging to a state must be understood as one that can accommodate a given number of inhabitants. And as a habitat this territory will have to provide air, light, heat, water, vegetation, nourishment, resources, and the possibility for interpersonal development for those who live there. It is therefore necessary to calculate the relation between all these elements and a bearable demographic density.

According to Magli, Italy has already reached this level of human density, and no attempt by Italian intellectuals to raise the "the issue of compassion" can circumvent the force of facts. Whereas the U.S. now counts 27.3 inhabitants and Canada only 2.9 inhabitants per square kilometer, Italy faces the situation of 190 inhabitants occupying an equal space.

The point that Magli makes is not that Americans and Canadians should be encouraged to open the sluice gates to Third World immigration. Rather, she notes that in countries with twenty to thirty times the landmass of Italy, space is not as large an issue. Nor are the inhabitants of these more spacious territories as "likely to go mad like the guinea pigs that have been forced to live in increasingly restricted areas."

Magli holds the view that the "Italian condition is terrifying and sends continuing signals of death." In her considered opinion,

there is only one thing to do, put out in public view the poster 'all used up,' as when a vessel is overloaded and one has to warn that everything may capsize. What must be done is to remove all the cement, put back the woods, and to reclaim a territory that falls to pieces every time the rivers flood; it is imperative to restore our lands for agriculture and pasturage, to cleanse the air of pollution, to reduce the number of automobiles and the consumption of energy: in short, to reduce the human presence and to make it possible to love one's land, one's countryside, one's seas, one's trees, and one's animals.

There are questionable correlations in Magli's remarks, e.g. between the appallingly low birth rate of Italians and the mental anxieties attributed to overpopulation. But the thrust of her argument deserves our attention. She is right to remind us that, in spatially far more limited European countries, the ecological, social and amenity costs of the present Third World immigration may be greater than in the U.S. or Canada. Magli also notes that her country's chattering class, like its American counterpart, is unwilling to discuss immigration "except as an issue that divides those with good hearts from bad people."

But what may distinguish her situation from ours is that an Italian national bourgeois newspaper, in many ways similar to the Wall Street Journal, is willing to publish a call for immigration reform. Such a gesture of tolerance from the journalistic right-center would be inconceivable in the U.S today.

Even more importantly, Magli represents an ideological niche that in the U.S. is filled entirely by multicultural haters of Western national identities. Her warning against immigration enthusiasm is combined with invocations of Italian pastoral beauty, which the reader is urged to view as an ancestral legacy. Indeed it would be hard to find Magli's concluding judgments being made by an establishment American conservative any more than by somebody on the American Left.

Every immigrant should be seen as an intruder who hastens the capsizing of the vessel. Politicians must think well: They are not elected to be good but to be just toward their own constituents.

(The appellation "good" in most Western European countries has become synonymous with being mawkishly humanitarian. Whence the German term, of derision as well as praise: "Gutmensch.")

[VDARE note: Readers who don't know Italian can view an automated translation of the piece here. Automated translation is in its infancy, though, so the machinery leaves some words still in the original, while others are translated that shouldn't be, which is why Magli's name appears at the top of the translation as "Ida Mallets."]

Paul Gottfried did his own translation. He is Professor of Humanities at Elizabethtown College, PA and the author of After Liberalism and Carl Schmitt: Politics and Theory.