Trump or Ryan: Who Speaks for GOP? 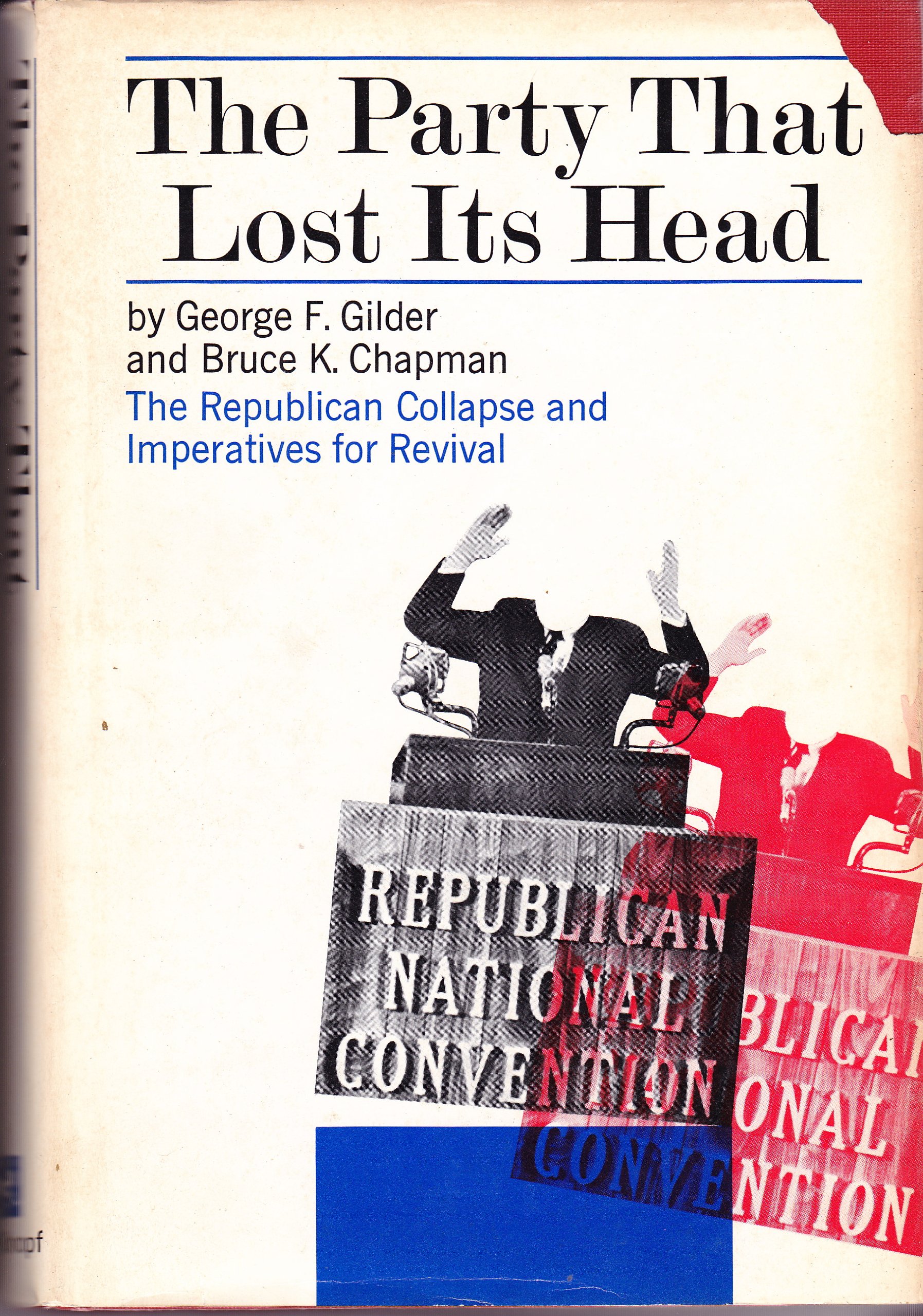 "No modern precedent exists for the revival of a party so badly defeated, so intensely discredited, and so essentially split as the Republican Party is today."

Taken from "The Party That Lost Its Head" (1966) by Bruce Chapman and George Gilder, this excerpt, about Barry Goldwater's defeat in 1964, led Thursday's column by E.J. Dionne of The Washington Post.

Dionne is warning what could happen if the GOP perpetrates the political atrocity of nominating Donald Trump.

For weeks now, the Post's editorial page has sermonized about the "moral" obligation of all righteous Republicans to repudiate Trump.

The Post's solicitude for the well-being of the Republican Party is the stuff of legend. Yet it is a bit jarring to see these champions of abortion on demand, same-sex marriage, and visitation rights for cross-dressers in the girls' room, standing in a pulpit lecturing on morality.

Yet, there was something off about that Chapman-Gilder quote.

First, both were members of the Harvard-based, Rockefeller-backed, liberal Ripon Society. Second, their prognosis of the party's future proved to be spectacularly wrong.

The year, 1966, their book on the headless GOP appeared, to press hosannas, Richard Nixon led the party to its greatest off-year victory since 1946, adding 47 new seats in the House.

Out of Goldwater's defeat came the New Majority and Reagan Revolution. And Chapman and Gilder moved rightward to serve with distinction in that revolution.

The prodigal sons were welcomed home, and Gilder would recant:

"The far Right—the same men I dismissed as extremists in my youth—turned out to know far more than I did. At least the 'right-wing extremists,' as I confidently called them, were right on almost every major policy issue from welfare to Vietnam to Keynesian economics and defense..."[Why I am Not a Neo-Conservative, NR, March 5, 1982]

While the Goldwater campaign, as an insurgency of outsiders, bears comparison with Trump's, in other ways it does not.

Goldwater never compiled anything near the vote that Trump did. At this point in 1964, Goldwater was behind Johnson 79-18 in the Gallup poll. Trump is behind Hillary Clinton by single digits. New polls have him running even in Ohio, Florida and Pennsylvania.

Now, consider the issues comparison with 1964.

In July 1964, Johnson signed the popular Civil Rights Act that Goldwater had opposed. The GOP Convention in San Francisco revealed a deeply divided party, subject to the charge, validated by the rule-or-ruin Rockefeller-Romney faction, that it was receptive to right-wing radicals.

Lyndon Johnson's decision to bomb North Vietnam after the Gulf of Tonkin incident made him a war leader, and Americans rally to presidents in a time of war.

Trump may bring more excitement than some folks can handle.

But Clinton has become a crashing bore, until she gets agitated, and then the voice rises to where she sounds like the siren on the hook-and-ladder in "Chicago Fire."

Other than that she would be the first woman president, what is there about her or her agenda that has popular appeal? That lack of appeal explains why her crowds are a fraction of Bernie Sanders'.

As for the issues dividing Trump and Speaker Paul Ryan, Trump appears to have won the argument, if the debate is decided by voter preferences rather than Beltway preferences.

Trump's denunciation of NAFTA and other "free-trade" deals Ryan supports is echoed by Sanders, who opposed those deals when they were up for a vote. Hillary Clinton no longer rhapsodizes over husband Bill's NAFTA, and signals she will not support Obama's Trans-Pacific Partnership in a lame-duck session.

Ryan professes to be a man of principle. Why does he not then stand by his principles, as Goldwater did, and bring up TPP for a vote?

Is Paul Ryan's "immigration reform" package as popular inside his party as Trump's tough line? It would seem not. The longer the primaries went on, the closer the other GOP candidates moved toward Trump. And if Ryan believes in it on principle, why not bring it up?

Ryan voted for the Iraq War that Trump calls a disaster. The people seem now to agree with Trump that the war was misconceived.

Thursday's Post reported that, five years ago, Ryan stood on the House floor to declare, "This is our defining moment."

And what was Ryan's defining moment?

"On that day in 2011," said the Post, "the House's new GOP majority approved Ryan's budget plan—which ...called for cuts in a government program that voters knew and loved: Medicare.

"Ryan ... wanted eventually to turn the massive health-benefit program over to private insurers."

Come to think of it, Barry Goldwater wanted to turn Social Security over to private enterprise. How did that one work out?