VDARE.com also mourns the death of Chris Roberts/Martin Rojas, pictured above on a visit to the Berkeley Springs Castle with the Brimelow family. We have archives of his work under a variety of pseudonyms (adopted by dissidents not only for normal reasons, but to avoid Leftist violence, etc.): Chris Roberts, Hubert Collins, Gilbert Cavanaugh, Nathan Doyle, and Benjamin Villaroel.

It is with the deepest sorrow that we announce the unexpected death of Chris Roberts. He was an invaluable member of the AmRen staff, and as our primary public contact, was personally known to many of you. The cause of his death is not known.

Roberts, who worked for us from July 2016 to October 2017 and again, beginning in November 2019, was a constant source of energy and new ideas. His title—Director of Special Projects—fit him perfectly. He did everything: fundraising, website optimization, video-distribution strategy, donor relations, podcasts, author prospecting and, of course, he wrote. We published more than 400 of his articles, including those under his pen names of Gilbert Cavanaugh and Hubert Collins.

Besides the AmRen mainstays of politics, history, and race, Roberts had a deep knowledge of film, about which he also loved to write. He had an intimate understanding of the Left that is very unusual in our circles. He was always looking for potential allies, whether on the anti-anti-racist Left, among libertarians, and even conventional conservatives. He knew the language of these movements, could meet their members on their own ground, and startle them with his insights.

Although we knew him as Chris Roberts, this too, was a pen name. Martin Christopher Rojas was born in 1992 to a Chilean immigrant father and an American mother. He grew up in Minnesota speaking English and Spanish, and published in both languages. 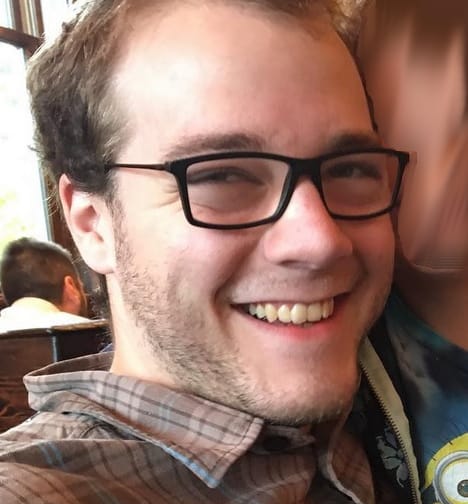 He studied briefly at a now defunct great-books school in Chicago called Shimer College and took a few courses here and there, but was otherwise self-taught. He was fascinated by the astonishing achievements and astonishing decline of the West. He was proof that it’s possible to master many fields without having a single dollar in student debt.

It must have been in 2014 that I first met Rojas, at a meeting of the H.L. Mencken Club. He sought me out and peppered me with piercing questions about my work. He was wearing a snappy blazer with a prep school shield on it—along with tennis shoes and an untucked shirt. I pulled rank—I was 40 years older than he—and told him to tuck in his shirt. He obeyed reluctantly. I asked if that was how students dressed at the prep school. He told me he picked up the jacket at a thrift shop. There was always more—and sometimes less—to Rojas than met the eye.

Before coming to work for American Renaissance, Rojas was a star pupil at the Leadership Institute, and held several jobs in Beltway conservatism. He soon concluded that conservatives would never conserve the only source and bulwark of the things they claimed to love; he found his true calling in the dissident right. He hit the office like a shot of adrenaline.

Rojas threw himself into work with the enthusiasm and commitment that characterized the rest of his life. After Donald Trump won the Republican nomination, he took a leave to become what he called “a turf coordinator”; he pounded pavement and knocked on doors—day after day after day.

After the election, he came back to AmRen and shared in the disappointment of so many as he watched President Trump fritter away so many opportunities. Rojas then took a leave of absence to explore his Chilean roots, and for two years we had to do without him. I practically begged him to come back.

This most recent period at AmRen was his most productive and, I am convinced, his most rewarding. Rojas was doing what he was put on earth to do—fighting for his people—more cheerfully and effectively than ever. In a staff meeting the very day before he died, he was Roberts to the end: full of story ideas, planning ahead, never shy about telling us when we were wrong.

Rojas’ sensibilities and manners differed from mine. He had knocked around with people for whom S-H-I-T is a synonym for T-H-I-N-G-S, and it took some time to make his language suit the office. But only a few days before he died, we had a good laugh over my vulgarity. I have been brushing up my Spanish watching a Mexican crime series, and he roared with delight at the gangland profanity I had picked up.

Rojas and I didn’t always agree on writing style, nor did he much respect the rules of grammar, but he submitted to my lessons and occasional appeals to the divine right of editors. He was well on his way to becoming a very reliable editor, and in a weak moment once conceded that I was right about economy of language and Anglo-Saxon verbs.

I envied Rojas his archivist’s memory. He knew details from articles I had forgotten I had written. If any of us were ever unsure who had reviewed a book for us—or how long Jeff Sessions had been in the Senate—he was sure to know. He could cite passages and key ideas from Sam Francis and Joe Sobran, whose writing careers began before he was born.

Rojas never lost sympathy for the working-class people he knew growing up. He took unpaid leave from AmRen to spend a week in one of the poorest towns in West Virginia, where he got to know whites who were barely scraping by. They had been studied so many times, they were suspicious of yet another outsider from whom they expected yet another sneering exposé. He won their confidence and wrote a portrait of the town that is one of his best pieces.

Rojas loved pen names and liked to use different ones for different personae. He was Benjamin Villaroel, Nathan Doyle, Albert Emory, and even a lady: Linda Preston. You can find him at Counter-Currents, Occidental Observer, VDARE, Chronicles, and, I’m sure, places I don’t know about.

Rojas was not yet 30 old when he died. I keep thinking, “What a waste. What a waste.” So much energy, so many ideas, so much life—snuffed out. Many people his age don’t seem to have a higher purpose, but he did. He was one of only a handful of people who have the talent, drive, and courage to work full-time for our people. He could have been with us another 40 years at least. The things he could have done! There is unspeakable heartache when an athlete dies young:

The time you won your town the race
We chaired you through the market-place;
Man and boy stood cheering by,
And home we brought you shoulder-high.

Today, the road all runners come,
Shoulder-high we bring you home,
And set you at your threshold down,
Townsman of a stiller town.