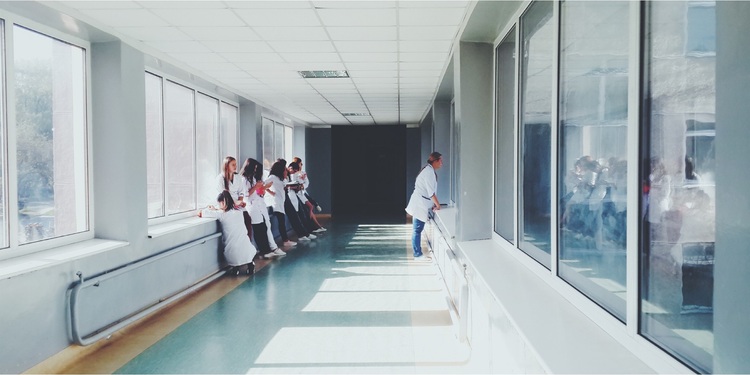 Then They Came For The Nurses. (And The Taxpayers.)

Nurses have a special place in my heart.

Years ago, when my father lay dying at the U.C.L.A. Hospital, the doctors stopped by his room once a day to deliver their brusque updates. Then they were gone.

But late at night, the nurses were in Dad's room holding his hand. And on their days off, nurses visited my mother at home to lift her spirits.

Mom still gets Christmas cards from the nurses who comforted her back when.

Nurses are overworked, under-appreciated and underpaid.

But why? And why should these caring and highly educated professionals be losing ground to overseas nurses and foreign hospital aides?

Joy McIntyre, Director of Communications at the University of Pennsylvania School of Nursing, says that nurses are in the "high touch, high tech" business.

And nurses are pivotal to a hospital's efficiency. According to Penn's Professor Linda Aiken (in her report "Nurses: the ones with the solutions") "Nurses know more about solutions to the challenges of taking care of people in hospitals than anybody else."

Aiken found that understaffing of nurses results in higher incidents of patient death and nurse burn-out. For everyone's sake, Aiken urges hospitals to treat nurses with greater dignity by paying wages consistent with their education, experience and responsibility.

Unfortunately, hospitals are headed in the opposite direction.

For over a year, we have been reading about a "shortage" of nurses. In a scenario virtually identical to the "shortage" of software engineers, hospitals are furiously recruiting overseas.

On December 29, a 60 Minutes segment titled "Nursing Shortage" reported that U.S. hospitals have 120,000 nursing vacancies. (This was a repeat of a segment that originally aired Jun 9th, 2002 – apparently 60 Minutes really wants to get the message across.) And to fill those jobs, hospitals turn to placement firms like Core Medical Group to find nurses abroad and bring them to the U.S.

Hopkins not only offered five times the $5,000 to $7,000 annual salary a South African nurse earns, but also the plum: "Automatically, for families, we will be sponsoring you for your green cards because this then entitles husbands to come through with you."

Of course, Circharo didn't elaborate on some of the fine print. Five times $7,000 equals $35,000; considerably less than the going rate for U.S. nurses and barely an adequate income for families in urban centers.

But Circharo will be getting his cut. So what's his worry?

I asked four nurses, each with over 20 years experience and all with advanced training if the U.S. has a nursing shortage. Their immediate and unanimous response: No!

And when I turned the floor over to them, they had a lot to say.

Kathyrn Ellison, Los Angeles: "There are plenty of nurses in this country. They are just choosing to get out. We've had enough. It's not worth the stress. Ridiculous demands, rude doctors, ungrateful patients and demanding families. Foreign nurses are a quick fix and provide a false sense of security. There are language and cultural barriers. Poor communication in a medical setting can have disastrous effects."

Mesonika Piecuch, Bakersfield, "There is NO nursing shortage. The hospitals don't want to pay U.S.-educated and trained nurses the salary they deserve, so they are hungry for the foreign nurses willing to bust their butts and take all the guff the hospitals are dishing out for considerably less remuneration. The U.S. hospitals don't give a damn about you or your American parents getting sub-standard care from the unqualified people they are hiring. It's much cheaper to pay a foreign nurse - A LOT less than to pay the salary demanded by a highly-experienced, educated one."

The nurses I spoke to are quick to point to another immigration scandal: they are incensed about policies that permit illegal alien patients to receive what Ellison called "Platinum" treatment for whatever ails them. "Do you know what it's like," asked Ellison, "to see people who haven't paid one cent into the system have procedures that would cost us hundreds of thousands of dollars?"

Stephanie Henry, an obstetric nurse from Santa Ana, recalled illegal aliens producing multiple social security cards each with a different name. The non-English speaking patients "just happened" to be in the U.S. when stricken by a medical crisis.

At the time, Henry was paying a hefty monthly premium for insurance for her family.

Recently, the federal government piled insult on top of injury by creating a major loophole to allow more foreign nurses to get H-1B visas. Effective November 2002, visa candidates will no longer need a college degree. Three years of "equivalent work experience" will count as one year of college. The equivalency loophole gives employers carte blanche authority to make college graduates out of any H-1B they want to import.

Twelve years of changing bed sheets in China can be considered the equal of four years of chemistry and math at Penn. Who is going to verify the resumes from half way around the world?

Thompson is gravely concerned about the quality of American health care. When asked about hiring nurses abroad, Thompson replied. "We have the solutions in this country. We have to have the political will at all levels of government to put the solutions in place."

Political will has been missing in the U.S. for nearly four decades.