The Whiteness Of The Whale: A Comanche Contemplates Thanksgiving 2008 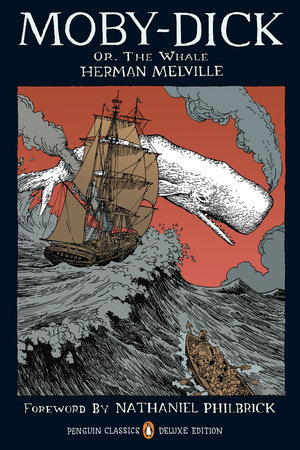 "It was the whiteness of the whale that above all things appalled me," wrote Herman Melville, famous white American author of Moby Dick (1851). For its impropriety, its unnatural application, Melville attributes terror to the unexpected "whiteness."

It is a crime, then, to say that the U.S. Presidency, seat of power in the world, the great white throne, as it were, was created by the white race? Is it an evil that white men created the world as we know it today? Is it a terror to colored people (like me) that they find the power over the nations is white?

Edgar Allan Poe, another white American author, suggested as much in the Narrative of Arthur Gordon Pym (1838). A race of wild black people, discovered at the South Pole, was terrified of anything white, from the first white handkerchief Pym's company held out for a parley, to the last moment of the novel, when Pym's black captive dies of fright before a mysterious, snowy white shrouded figure.

But are white men so fearful of dark men?

Apparently not. Indeed, it was a white man who declared this month of November to be "National American Indian Heritage Month," honoring the "Red Man." That white man was former President of the United States, George H. W. Bush, in 1990.

The United States of America, of course, was the country founded by white European men who intruded upon Indian land. The whites were grateful for the generous, compassionate nature of the Red Man, and created a national holiday, Thanksgiving Day, to commemorate the Red Man's valiant courtesy, and the providence of the Almighty Who provided it.

Today's white America, however, seems embarrassed to inhabit its own throne. In a remarkable act of self-abasement, Americans (or some of them) seem quite anxious to hand the throne over to the first available non-white they can put up to the job. The black African leftist, Barack Hussein Obama, was thought to answer all ills, at least in the minds of the guilty white liberals.

But, not to be left behind, the Republicans are already talking about Hindu Bobby Jindal, son of non-citizen Panjabi Hindu immigrants in graduate school, as their candidate for U.S. president in 2012. There are already children's sweatshirts on the market with the message, "Bobby Jindal for President 2012."

It's either a male person of color, or a woman, even if she's white—this is the rage of Washington presidential politics. The white male is simply out. No more. In this suicidal craze of self-eradication, darkness shall prevail.

Or so the whites in power want it to appear. I think power in America is white, and will always be white—even if the whites lend the token throne, that U.S. presidency and its "White" House, to an alien black African leftist. The door to that place of puppetry is now wide open. There may not be a white male in that showcase for some time.

Bobby Jindal was interviewed by Greta Van Susteren during the recent Republican Governors Convention. At one point, Greta asked him how many Republican governors were at the convention. Jindal said, "We just welcomed Luis Fortuno, that was elected governor in Puerto Rico down there." Like Obama, Jindal is apparently counting any social entity associated with the Unites States as a bona fide American legal body. Obama said there were 58 states, and he had visited 57 of them. Either he was thinking of the 57 Islamic States, or he was counting Samoa, Guam, etc., and Jindal's Puerto Rico. Maybe he was thinking of the Philippines. Maybe American should think about electing an illegal Mexican.

As an American Indian, I am particularly disappointed in this race game whites are playing. It frankly shows complete disrespect for the American Indian—the only race with the grandeur of natural courage to stand up and fight the mighty white man.

We owe no respect or honor to any other race. It's a whale of an offense that the white man should put another race in charge of Indian Country. These other people never earned any such right. They never fought Indians, nor could any of them have defeated Indians, certainly not at the time the white man did.

I would prefer to honor the strength of him who conquered. But, with this pathetic skin shuffling in American politics, such honor seems a romantic notion of the past.

At this point, I'm thankful for the past.

Dr. David A. Yeagley [email him] is an enrolled member of the Comanche Nation (Lawton, Oklahoma). His articles have appeared in TheAmericanEnterprise.com, FrontPageMagazine.com, VDARE.com, and on his own web site, BadEagle.com. He is a speaker for the Young America's Foundation, and for the John Birch Society. David Yeagley's columns for VDARE.COM include An American Indian View of Immigration, and To Deport or not to Deport. David Yeagley is the author of Bad Eagle: The Rantings of a Conservative Comanche and Altered States: The State of the Dead and the State of the Holy . Dr. Yeagley has contributed to Persian Heritage Magazine and served its editorial board since 1998. Recently, Dr. Yeagley was commissioned by the Oklahoma Historical Society to write a symphonic music score for the 1920 silent movie, "Daughter of Dawn". Release date is projected in 2009.