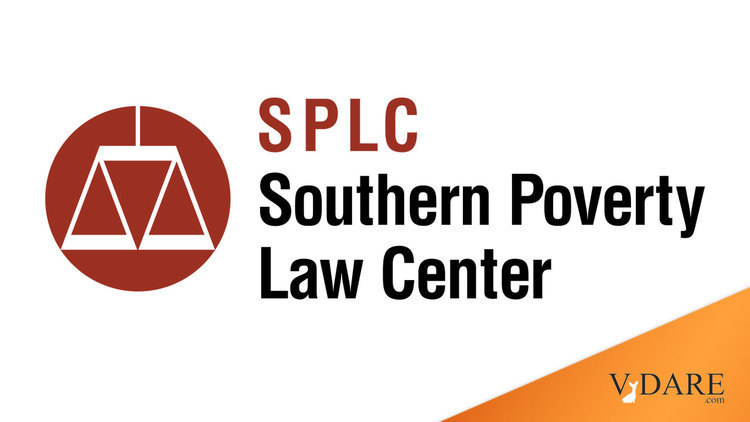 The SPLC Is At It Again

Well, the Southern Poverty Law Center (SPLC) is at it again. In their typical obsessive hate-filled paranoia, the SPLC has issued another baseless assassination piece against anyone whom they consider to be “right-wing.” They call their hit piece, “The Year in Hate and Extremism.” Of course, only “right-wing” leaders are so characterized. According to the SPLC, left-wing leaders are always the voices of reason and goodness. Barf!

I take special delight in knowing that the SPLC ALWAYS puts me on or near the top of their most “dangerous” patriot lists. (Richard Mack and Stewart Rhodes also seem to merit this same attention.) I can’t tell you what a relief this is to me! I would hate to think that all of this work that I’m doing would somehow be overlooked by an extremist left-wing hate group like the SPLC. Plus, every time the SPLC puts me on one of their lists, donations, contributions, and support for my work always skyrocket. So, if you want to put your money behind a man who especially irritates the SPLC, you can donate to Chuck Baldwin Live here.

The SPLC maintains that 2012 saw a dramatic increase in the number of right-wing “hate groups.” Again, according to the SPLC, there are no left-wing hate groups. Of course, the SPLC doesn’t bother to name or locate these groups. Everyone is just supposed to take their word that they exist.

In addition, the SPLC maintains that anyone who opposes the UN’s Agenda 21 is also part of the “radical right,” as is anyone who belongs to the John Birch Society. Predictably, the SPLC report associates any and all of the above with neo-Nazis. This is a typical tactic of the SPLC (and other ultra-liberal organizations) to discredit conservatives by associating them with Nazis.

See the SPLC report at: SPLC: The Year In Hate And Extremism

Back in 2010, the SPLC issued its list of 40 patriot leaders: people whom they consider to be part of the “radical right.” And, yes, Chuck Baldwin is at the very top of the list. Others who made the list in 2010 include Stewart Rhodes and Richard Mack (again), Alex Jones, Devvy Kidd, Cliff Kincaid, Jack McLamb, John McManus, Daniel New, Larry Pratt, Joel Skousen, Edwin Vieira, Jr., Andrew Napolitano, and Ron Paul.

See my column on this report at: Southern Poverty Law Center Publishes "Patriot" Hit List—Including Me!

The SPLC is such a paranoid, extremist, ultra-liberal organization it would seem that only those who are the most biased and prejudiced in their liberal philosophy could even take them half-way seriously. Unfortunately, however, the SPLC is one of the most-often quoted sources by the mainstream media. Of course, most Americans realize that the mainstream media, for the most part, is itself extremely biased in favor of a left-wing agenda, so it is not surprising that they would gravitate to the left-wing paranoia that emanates from the SPLC.

However, even more unfortunate is the fact that the Department of Justice (DOJ) in Washington, D.C., also gives credence to the SPLC’s ultra-left-wing propaganda. This is the most disturbing part of the SPLC hysteria: the nation’s law enforcement agencies that receive instructions, bulletins, memos, briefs, etc., from the DOJ are watching the feds regurgitate the left-wing propaganda of the SPLC. This is why State police agencies, such as what we saw happen in Missouri’s MIAC report, end up characterizing conservatives as “extremist hate groups.” They got it from the DOJ, which got it from the SPLC.

So, how is it that a private extremist organization such as the SPLC is given this kind of notoriety and credibility by the federal government?

In a previous column, I pointed out that the SPLC and DOJ enjoy a very cozy relationship. In that column I said,

“The Southern Poverty Law Center (SPLC) in Montgomery, Alabama, has long been used by the federal government and the national press corps to paint conservative organizations as ‘extremists,’ ‘anti-government,’ ‘hate groups,’ etc. No sooner would the SPLC issue some attack piece in their newsletter and police agencies all over the country would be issuing bulletins to their officers regurgitating what the SPLC had just spewed out. No private organization has this kind of connection to, and influence over, police agencies nationwide without collaboration with the Department of Justice (DOJ) in Washington, D.C. Well, now, we have evidence that such a collaboration exists.

“Breitbart.com has just released a report by Judicial Watch confirming that the DOJ and the SPLC are intricately tied to the hip. The report states, ‘Judicial Watch (JW), a Washington D.C. based non-partisan educational foundation, released some two dozen pages of emails it obtained on Tuesday revealing connections between the Department of Justice Civil Rights and Tax divisions and the Southern Poverty Law Center (SPLC).’”

See the column at: If You Are Going To Take A Stand, You Must Take It Now!

That the DOJ has such a cozy relationship with this type of ultra-liberal organization should be cause for concern by all Americans. After all, justice is supposed to be adjudicated equally to all men–conservatives or liberals–according to the rule of law, not parceled out with the taint of bias and prejudice.

So, the SPLC is at it again. And, once again, I am flattered to be included in their list, because a man is known as much by his enemies as he is his friends. If the SPLC is attacking me, I must be doing something right.