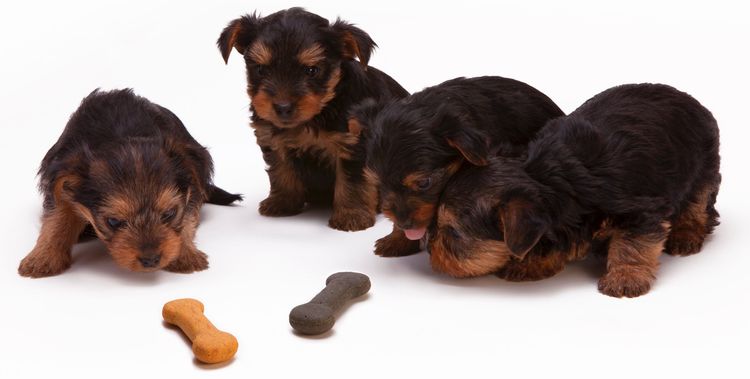 The Fulford File | In Maryland And HuffPo LiberalLand, “The Dogs Don't Like It"—Mass Immigration, That Is

There's an old joke about a large multinational dog food company that comes out with a new dog food, approved by nutritionists, the sales and marketing staff, the CEO and the board, but which totally fails to sell. The simple explanation, from a lowly employee: "The dogs don't like it!"

Mass immigration is like that. Major figures in both political parties are in favour of amnesty, the DREAM Act, non-enforcement of the immigration laws, and it has the support of most of the Main Stream Media, and even a substantial minority of the Beltway “conservative” media. It's also supported by the ultra-rich. But the public doesn't like it.

"On Friday, July 22, the Maryland State Board of Elections announced that it had accepted 108,923 signatures on the petition against the ‘Maryland DREAM Act’, which would have allowed illegal aliens to attend Maryland universities at in-state tuition rates. [ PDF]

“This far exceeded the minimum 55,736 valid signatures needed to send the new law to referendum in November 2012. Opponents now have until August 2 to challenge the MSBE's validation of the petition. However, with so many more signatures collected than are needed, the ACLU and hot-shot Democratic election lawyer Joseph E. Sandler have their work cut out for them.

“I, for one, wish Gustavo the best of luck in fund raising, and hope he spends it all on advertising. I predict that the more voters learn about the referendum, the more likely they will be to vote against the Maryland DREAM Act. My experience collecting signatures is that people from all walks of life are fed up with illegal immigration and the many problems it brings to Maryland. White or black, Democrat or Republican, young or old, there was universal disgust with giving tuition breaks to illegal aliens while so many legal citizens cannot afford college.

“The amazing, out-from-nowhere success of this grass-roots petition drive not only blind-sided Maryland's Treason Lobby, but also blind-sided the state's Republican establishment. Petition organizer Delegate Neil Parrott is a first-term, Tea Party politician who was not long ago ridiculed by his home-town newspaper as ‘clownish," "mean," and "vicious" for opposing illegal immigration. [Parrott struggled in legislative debut, By Tim Rowland, Herald-Mail, April 30, 2011]

“Illegal immigration is such a hot issue with voters that even a freshman state delegate can pull off the first successful statewide petition in a generation in liberal Maryland. Imagine what a seasoned politician running for President of the United States could do campaigning on the issue. "

That's perhaps because the people we're supposed to be sobbing about aren't really that sympathetic. The guy who is "now in deportation proceedings after being denied a green card for drug-related crimes he committed half a decade ago" (i.e. 2006) brought the simple response "Drug-related crimes? Get out of America."

I don't think the Guatemalan who had a coyote smuggle him in and “drives without a license every day" is that popular, either.

Over at ILW.com, open borders shill Roger Algase  [Email him] complains bitterly about the HuffPo heretics:

"To put it plainly, [the Illegal Immigration Reform and Immigrant Responsibility Act of 1996] was enacted in large part because of a white 'backlash' over the fact that for the previous three decades, since 1965, America had started to welcome immigrants from every corner of the globe, regardless of skin color. Many articles and comments written at that time in the popular media, not to mention a book such as Peter Brimelow's racist anti-immigrant Alien Nation, published in 1995, leave no doubt about that.

“The other point that is striking about the Nazry and Hope Mustakim story is the reaction to it among Huffington Post readers. As we all know, the Huffington Post is not exactly Fox News. Far from being a right wing hate site, the Huffpost is considered among the more liberal publications in America, and is certainly sympathetic to immigrants. Otherwise, this story would not have been published at all. [My emphasis—JF] Therefore it is all the more shocking (if one can be shocked by anything in immigration today) that there were so many hate comments left by Huffpost readers in reaction to the story. "[Bloggings: Deportation - the battle between humanity and hate goes on, July 21, 2011]

(Links added, of course. Algase didn't even link to the HuffPo story. Maybe he doesn't know how.)

It's the "Dogs don't like it" thing again. I noted in 2009 that people In Montgomery County, Maryland, aren't only being "mugged by reality", but actually mugged.[ Attitudes Shift on Illegal Residents, Some Link Crime In Montgomery To Immigration, By Dan Morse and Ann E. Marimow, Washington Post, January 11, 2009] The same thing is happening to liberal readers, even of the Huffington Post, as well as to conservatives. (We have some quite liberal writers on VDARE.com.)

It's not the dogs that don't like it. It's the American people.