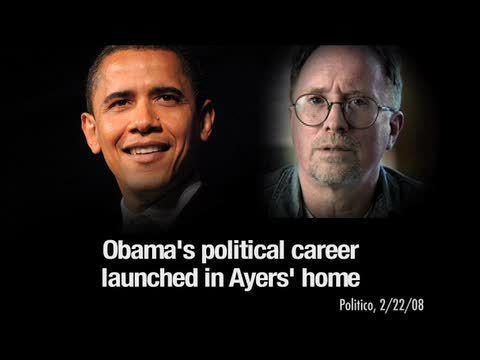 The Fulford File, By James Fulford | "Guilty As Hell, Free As A Bird"—Ayers, Obama, And The Exclusionary Rule

Barack Obama is still not getting enough grief from McCain and Palin for his association with unrepentant Sixties terrorist Bill Ayers. Ayers was a member of the Weathermen, who were associated with other Communist terrorists abroad, and who were bombing American targets in the hope of aiding the Viet Cong to win the Vietnam War. (They succeeded.)

CHARGES AGAINST AYERS WERE DROPPED AND HE SERVED NO TIME

"Ayers 'Served No Time' 'William Ayers: Surrendered and pleaded guilty in 1980 to possession of explosives and served no time. Teaches early childhood development at the University of Illinois.'  [Boston Globe, 9/19/93]

The technicality involved here is not any wrongdoing on the part of the government, but on the part of the Supreme Court, which has, since Mapp Vs. Ohio, (1961) consistently suppressed evidence of actual crime by actual criminals, in the interests of preventing illegal searches. The ACLU calls Mapp one of their 100 Greatest Hits [PDF] and it is. It's hit a lot of American crime victims.

In Terrorism and Probable Cause, [American Spectator, January 6, 2006]  William Tucker reminds us that it was partly the FBI's reluctance to look inside Zacarias Moussaoui's computer that led to the attacks on 9/11.

Ann Coulter is even more trenchant:

"In 1961, the Court announced the ever-popular exclusionary rule in Mapp v. Ohio, requiring that evidence obtained 'illegally' by the police be banned from trial. The exclusionary rule is among the strangest policies ever concocted by the Court: In order to vindicate the right to be free from unreasonable searches and seizures, the criminal goes free. How about punishing the misbehaving policeman? How about docking his pay? Why do random citizens have to be raped, robbed, and murdered because of a policeman's misconduct? This would be like a rule intended to reduce noise during an opera that mandated shooting the soprano whenever anyone in the audience coughed. Although, given the damage the exclusionary rule does to society, it's more like shooting the audience if the soprano coughs. "[Ann Coulter, Treason]

How did Mapp happen? Dollree Mapp was a black woman living in Cleveland in the 1950s. Professor Carolyn N. Long, of Washington State University calls her " a poor but proud black woman who defied a predominantly white police force by challenging the legality of its search-and-seizure methods." That is to say, she was the known associate of several professional criminals.

She was "associated" with several different prizefighters, and once sued light-heavyweight champion Archie Moore for breach of promise. Don King, the same Don King who's now a boxing promoter, was running a "clearing house" in the numbers racket when he was awakened by bomb on his front porch. This wasn't a terrorist-type attack, nor was it a racist attack by the KKK. It was an attack by a rival— immigrant—gangster, Alex "Shondor" Birns, who was more interested in running all the numbers in Cleveland.

"Vice cops figured the bombing investigation was destined for the file cabinet overstuffed with permanently unsolved crimes involving the rogues of the Cleveland rackets.

"People in that line of work don't talk to cops, as a rule.

"But King 'made history,' as the Cleveland Plain Dealer put it.

He talked: 'Shondor Birns did this.'

"Alex (Shondor) Birns, a Jewish immigrant from Hungary, was another familiar mug around Cleveland police headquarters, where he was 'No. 1 on the police roster of racketeers,' as one crime scribe put it.

"Birns had been sent up the river in 1954 for income tax evasion. By the time he got out of the joint 27 months later, Kid King and four other upstarts had honed in on the numbers turf. Birns sent goons around in October 1956 to suggest that each of the five should pay $200 a week to the boss, if they knew what was good for them. " [Dolly Mapp,  By David Krajicek, TrueTV.com]

When police went to Dollree Mapp's house, looking for a bombing suspect, Virgil Ogletree, who they actually found in the house, Mapp wouldn't let them in for three hours. There was a big standoff (Mapp was really not interested in helping the police) but eventually they got in, searched the place, and found some betting slips, a misdemeanor, and some obscene books.

Obviously, standards have changed, and you can see a lot of what used to be illegal obscenity on your television. But Mapp was convicted and sent to the reformatory for possession of these obscene books.

I was only able to find one of the books listed online, Memories of an Hotel Man, "Art Guild Press, 1935"—there's a picture of it here (warning: slight nudity).

The theory that makes Mapp's prosecution unjust is that the police were retaliating for her lack of cooperation, and anyway, they couldn't convict Ogletree of involvement in the bombing, so the whole thing was just wrong.

Related "rest of the story" fact: Ogletree went on to be "king of the numbers" in Cleveland for the next half a century. He was finally indicted when he was 81, and died in 2007.[The FBI's 'made' man, By Michael Heaton, Cleveland Plain Dealer, August 31, 2003]

The Weathermen were serious criminals, more serious even than the most violent numbers racketeers in Cleveland. They killed people, including a notorious incident where they blew themselves up.

John M. Murtagh, whose father was a New York State judge trying a case involving the Black Panthers (Leonard Bernstein held a famous party to raise funds for them) writes:

"During the April 16 debate between Hillary Clinton and Barack Obama, moderator George Stephanopoulos brought up 'a gentleman named William Ayers,' who 'was part of the Weather Underground in the 1970s. They bombed the Pentagon, the Capitol, and other buildings. He's never apologized for that.' Stephanopoulos then asked Obama to explain his relationship with Ayers. Obama's answer: 'The notion that somehow as a consequence of me knowing somebody who engaged in detestable acts 40 years ago, when I was eight years old, somehow reflects on me and my values, doesn't make much sense, George.' Obama was indeed only eight in early 1970. I was only nine then, the year Ayers's Weathermen tried to murder me." [Fire in the Night The Weathermen tried to kill my family, By John M. Murtagh, City Journal, 30 April 2008]

Like Don King, Murtagh was awakened in the middle of the night by a bomb. It didn't kill anyone, but his whole family spent a year and a half being guarded at all times.

The Black Panthers were acquitted. As you can see, since the Sixties, a lot of people have been acquitted. But that doesn't mean they weren't guilty. 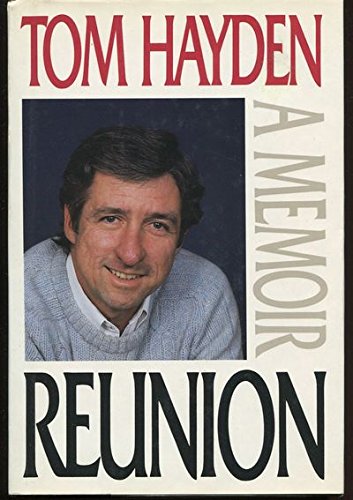 As a defense of his lengthy association with Ayers, Obama's protest that "Charges Against Ayers Were Dropped Because The Government's Case Was Based On Illegal Wiretaps" isn't even as good as Big Julie's declaration in the movie Guys and Dolls: "I used to be bad when I was a kid but ever since then I have gone straight, as I can prove by my record—33 arrests and no convictions."

It no more exonerates Ayers than saying that the Judge was bribed, the jury was intimidated, or the witnesses suddenly vanished. In 1989, Peter Brimelow reviewed Tom Hayden's autobiography, Reunion, and referred to Ayers's famous remark about his legal position:

"It is easily forgotten that people died because of the New Left and not just in Indo-China. Hayden was much closer to the edge than he admits. Years later, back above ground and living legally, [Bernardine] Dohrn's common-law husband gave [Peter] Collier and [David ] Horowitz a summary of their lives which may be equally appropriate for Hayden: 'Guilty as hell, free as a bird. America is a great country.'"