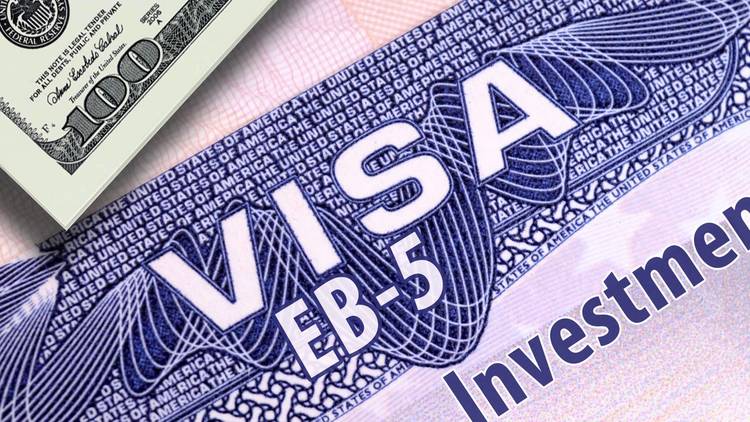 As part of his warmed-over jobs plan, President Obama is repackaging "Buy American" stimulus subsidies to help hard-hit homegrown businesses. At the same time, however, Congress is pushing to expand a fraud-riddled investor program that puts U.S. citizenship for sale to the highest foreign business bidders.

As I first reported 10 years ago, the EB-5 immigrant investor program was created under an obscure section of the 1990 Immigration Act. The law allows 10,000 wealthy foreigners a year to purchase green cards by investing between $500,000 and $1 million in new commercial enterprises or troubled businesses. After two years, foreign investors, their spouses and their children all receive permanent resident status—which allows them to contribute to U.S. political campaigns and provides a speedy gateway to citizenship. The program is set to expire in 2012.

On Thursday, the House Judiciary Committee's Immigration subpanel entertained calls to save the EB-5 law. Democratic Rep. Zoe Lofgren is sponsoring a bill to salvage the immigrant investor visas. The legislation (sponsored by open-borders Democrat John Kerry and Republican Richard Lugar in the Senate) also creates a second program with lower barriers to entry that would provide "start-up visas" for foreign entrepreneurs. They would be granted unconditional permanent-resident status if they create a government-determined number of jobs.

And there's the rub. Obama's make-believe math on stimulus jobs saved or created—coupled with the snowballing $535 million, stimulus-funded Solyndra solar company bankruptcy scandal—tells you all you need to know about Washington's credibility in picking economic winners and losers.

If the feds can't be trusted to invest government subsidies wisely in American companies, how can they possibly determine which overseas investors will be successful here? And if top U.S. loan officials have demonstrated such sloppy, politically driven disregard for financial due diligence on risky half-billion-dollar enterprises, how can immigration officials be trusted to better protect the national interest?

Answer: They can't. In fact, the benefits of the EB-5 economic development plan have gone to former Immigration and Naturalization Service officials who formed lucrative limited partnerships to cash in on their access, and to shady foreign fraudsters.

Whistleblowers told me how immigrant investors paid token fees to these partnerships. The partnerships secured promissory notes for the remainder of the foreign investments, which were forgiven after investors received their permanent green cards. Former INS employees, working for these partnerships, aggressively lobbied their old colleagues to accept such bogus financial arrangements. As a result, according to an internal U.S. Justice Department investigative report, "aliens were paying $125K" instead of the required $500,000 to $1 million minimum, and "almost all of the monies went to the General Partners and the companies who set up the limited partners."

In 2007, the Seattle Post-Intelligencer reported that the

"program between 1995 and 1998 was frequently abused when would-be immigrants were allowed to pay a small amount in cash for a green card, signing a promissory note for the balance. The note didn't come due for several years—long after the two-year conditional period built into the EB-5 visa had ended and permanent residency had been granted."

An earlier Baltimore Sun investigation found "only a tiny fraction of the money ever made it to the companies seeking assistance." Many of the distressed U.S. firms that the program intended to help have closed because they never received promised funding.

Instead of allowing the troubled program to sunset, Department of Homeland Security Secretary Janet Napolitano has "streamlined" the EB-5 immigrant investor green card process—guaranteeing processing within 15 calendar days for foreign business "projects that are fully developed and ready to be implemented." The same expedited rush for government-directed investments gave us Solyndra. What's worse in this case is the sordid peddling of the privileges of citizenship.

Twenty years ago, when the program's failures were first exposed, Rep. John W. Bryant, a Texas Democrat, protested on the House floor: "This provision is an unbelievable departure from our tradition of cherishing our most precious birthright as Americans. Have we no self-respect as a nation? Are we so broke we have to sell our birthright?"