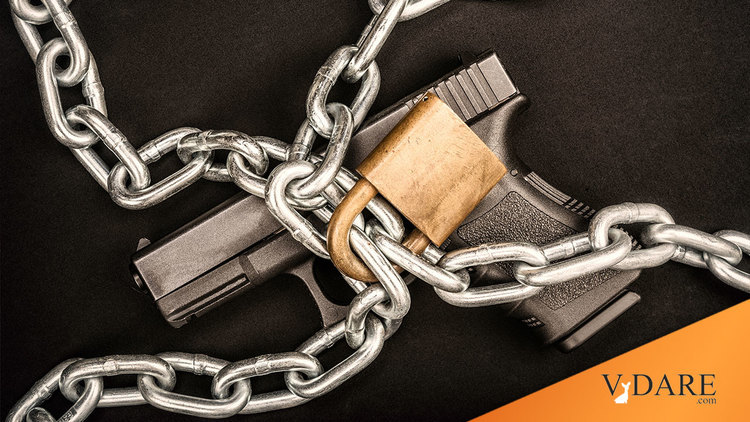 The Anti-Choice Left's Disarming of the American Woman

If radical gun-grabbers have their way, your daughters, mothers and grandmothers will have nothing but whistles, pens and bodily fluids to defend themselves against violent attackers and sexual predators. Women of all ages, races and political backgrounds should be up in arms over the coordinated attack on their right to bear arms.

In Colorado this week, male Democratic legislators assailed concealed-carry supporters and disparaged female students who refuse to depend on the government for protection. The Democrat-controlled House passed a statewide ban on concealed-carry weapons on college campuses, along with several other extreme gun-control measures that will undermine citizen safety and drive dozens of businesses out of the state.

Colorado Sen. Jessie Ulibarri, another elitist Democrat, argued that instead of firing back at a crazed gunman, innocent victims would be better off using "ballpoint pens" to stab him when he stops to reload. Colorado Rep. Paul Rosenthal, another Democrat, told women to rely on the "buddy system" instead. And on Tuesday, after personally lobbying Colorado Democrats to restrict self-defense options, Vice President Joe Biden blithely dismissed a woman's concerns about family security. He advised her, "You don't need an AR-15"—even though it is the long arm of choice of three million law-abiding citizens, half of whom are veterans, law enforcement officers or both.

The presumptuous paternalism of gun-grabbing male Democrats is not confined to the political arena. On college campuses across the country, the literal disarming of women is standard operating procedure. At the University of Colorado at Colorado Springs, officials advise women that "passive resistance may be your best defense." The school's recommendation to girls: "Tell your attacker that you have a disease or are menstruating."

If that fails, it's time to deploy other assault bodily fluids! No joke. UCCS seriously advises potential victims: "Vomiting or urinating may also convince the attacker to leave you alone."

In a quick survey of campus tips for women, Twitchy.com editor Jenn Taylor notes that at the State University of New York at Plattsburgh, women are also told that "passive resistance (vomiting, urinating, telling the attacker you're diseased or menstruating) may be your best defense." The University of Wisconsin Oshkosh tells girls to "(c)ry or create a scene of emotional or mental instability." Instead of a Glock, the school prefers students take a page from "Glee." Yes, ladies, when you fear for your lives, it's time to engage in theatrics by faking a "faint" or "seizure." And at Oregon State, female students are advised to tell sexual predators they are "sick or pregnant," because guns and knives are banned on campus.

As I've noted before, colleges and universities have become coddle industries. Big Nanny administrators oversee speech codes, segregated dorms, politically correct academic departments and designated "safe spaces" to protect students selectively from speech the left deems "hateful." Instead of teaching students to defend their beliefs, American educators shield them from vigorous intellectual debate. As the erosion of intellectual self-defense goes, so goes the erosion of physical self-defense. Instead of encouraging autonomy, our higher institutions of learning stoke passivity and conflict-avoidance.

Where are the War on Women warriors of the left when you need them? Paging Ashley Judd, Eva Longoria, Sandra Fluke and every indignant feminist who (rightly) took Todd "legitimate rape" Akin to task—as I did—last fall. The sexist stance of gun-grabbers goes far beyond Akin-esque junk science about magical wombs that can prevent pregnancy. The idea that women can't be trusted to know when they are at risk takes direct aim at their very sovereignty and security.