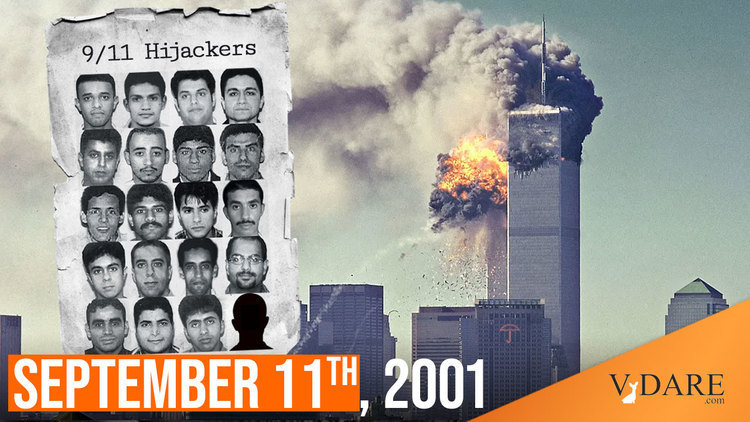 The post-9/11 United States remains a frivolous country. The populace is still under-informed; few are interested in becoming involved.

Our leaders are just as foolish and self-serving as they were last summer.

Whether it is the ridiculous or the sublime, the right decision is generally rejected in favor of the easy way out.

Bill Clinton couldn't make the tough choice about terrorism. One month after Clinton took office, the World Trade Center bombing sent a huge warning to the U.S. that the it had enemies intent on doing the maximum harm.

But Clinton, even though told by his advisers that the public would support a war on terrorism, ignored the obvious.

The Clinton administration waffled even more during his second term. An al-Qaida defector, Jamal al-Fadl, told an American embassy official in Africa exactly what bin Laden was planning.

Each time, CIA director George Tenet said al-Fadl's information was not solid enough to move on.

At the same time, the Clinton-appointed Gore commission on airport security recommended that the CIA and the FBI share information on suspected terrorists. The report was totally ignored.

Ultimately, whatever interest Clinton may have had in pursuing terrorists melted away in Monica Lewinsky's arms.

The Bush administration had no more interest than Clinton's outgoing National Security Adviser Sandy Berger who told his successor Condoleezza Rice that bin Laden and al-Qaida would consume most of her time.

And CIA director Tenet, despite his earlier hesitancy, told Bush that al-Qaida remained "the most immediate and serious threat" to national security.

Berger and Tenet were dismissed as alarmists.

Two months ago, the talking heads on the cable channels were predicting that bin Laden would be "captured in 96 hours." Now all bets have been hedged. How wrong can people be?

Of course, Afghanistan isn't the only area where the prospect of making tough decisions turns legislators into jelly.

How much longer are we going to have to hear that education is the No. 1 priority of every office seeker?

All of the education bills signed over the last two decades aren't worth the powder to blow them up. The only certain thing is that the latest version will fall flat with the same resounding thud as the others.

Let's be honest: The public school system is a disaster.

According to the same report, one-quarter of all students attend classes in buildings the Department of Education lists as "inadequate."

Soon, every child will be left behind.

Bush talks about evening the education playing field between the rich and the poor. That's hard to do when poor children are pouring into our schools at unprecedented levels.

That leads us to the hottest potato of them all—immigration. Despite evidence from all corners that U.S. immigration policy has brought chaos, no tough decisions appear on the horizon.

Listen to the take of U.S. District Judge Edwin Prado, a guest on Bill O'Reilly's Fox News program. Prado, a Mexican-American, said that because heightened security has resulted in more arrests at border checkpoints, caseloads have overwhelmed the courts.

Each new arrest creates a series of Catch-22s.

Knowing that fewer jail cells are empty, defense lawyers are in a better position to plea-bargain. Plea-bargains result in lighter punishment for hardened criminals.

Or, for those who do go to jail, the prisons are so crowded that sentences are shortened to make room for the next batch of thugs. When the illegal aliens are deported, the borders remain so porous that the first thing they do is cross over again.

Among those who return, according to Judge Prado, are murderers, rapists and child-abusers.

Although some say it wouldn't work, why not try putting the military on the border to slow down illegal alien traffic?

We could settle once and for all the debate about whether the military would be effective. But since no politician in Washington has the appetite for this solution, the status quo remains.

Switching into the less consequential—and grinding a personal ax, I admit—can anyone explain the fascination with Rudy Giuliani and his Time Magazine Person of the Year Award?

Did Giuliani do anything differently after 9/11 than former New York mayors Robert Wagner, John Lindsey, Abe Beame or David Dinkens would have done?

And does the Person of the Year get a pass on good taste?

Smooching with your girlfriend on national television on New Year's Eve is questionable judgment, at best.

Giuliani's being anointed smacks of the post 9/11 commercialism that grows more brazen every day.

Using Time's own standards for Person of the Year—the person whose actions did the most for good or evil during the year—the winner is bin Laden. But bin Laden as a cover boy isn't good for magazine sales.

New York Times' columnist Frank Rich has an excellent suggestion in his column "Patriotism on the Cheap."

To help us keep our perspective, Rich recommends a trip to the New York Historical Society where a 25-minute video of the 9/11 attacks plays continuously. The tape has no sound, no crawls, no logos and no flags. Audiences watch in "stunned silence."

As long as we can keep the image of the WTC crumbling and 3,000 lives lost, making the hard decisions might not be so hard after all.