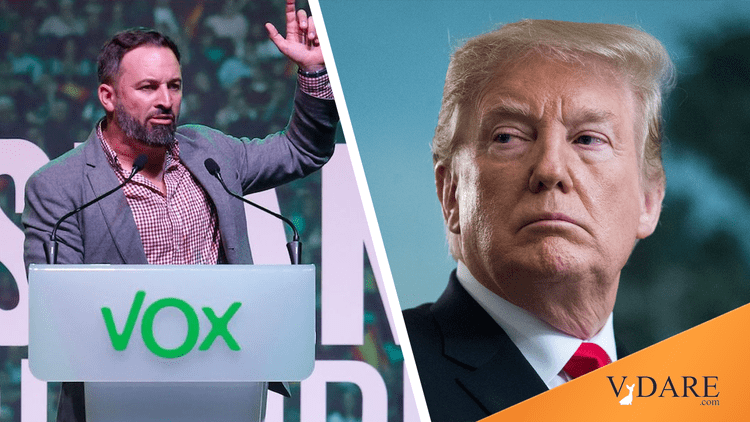 When I saw an article in Excelsior unsubtly headlined “U.S. Cop Smashes Neck of Afro-American and Kills Him,” I knew I better save it for future reference [Policía de EU aplasta del cuello a afroamericano y lo mata, May 26, 2020].   Sure enough, it was a topic I was going to hear a lot about.

Since the protests over the death of George Floyd began last week, more than 1,600 extremist groups, the majority of them white supremacist, have been identified. They commit acts of vandalism to harm the Afro-American community, according to the Southern Poverty Law Center (SPLC).

In various cities of the country the demonstrators have accused young, seemingly solitary whites of burning patrol cars and carrying out acts of vandalism, after which they disappear before the police can find them. Authorities in Minneapolis officially identified white infiltrator instigators as having committed crimes. In Chicago, a white “militia member” was documented as the person who activated explosives at a court. ...

[SPLC] currently monitors more than 1,600 extremist and racist groups in the United States, many of which could operate to discredit the mobilization for the rights of blacks and to criminalize the protests.

Here’s the problem. Aside from the first paragraph, which conflates the number of “hate groups” that $PLC supposedly monitors with the number of “white supremacist” groups supposedly trying to blacken the reputation of innocent protestors, SPLC hasn’t said “white infiltrators” are instigating anything.

But not the $PLC, says a surprisingly even-handed piece in the New York Times:

“I have not seen any clear evidence that white supremacists or militiamen are masking up and going out to burn and loot,” $PLC’s Howard Graves admitted.

[Many Claim Extremists Are Sparking Protest Violence. But Which Extremists?, by Neil MacFarquhar, May 31, 2020—updated June 4, 2020]

In other words, Excelsior mashed together $PLC boilerplate with accusations from public officials floating around cyberspace.

My guess: Many Mexican readers want to believe this—and even get a sick thrill out of it.

This sort of journalism is helping fuel the global riot campaign, including in Mexico, which has its own case of police brutality that left a man dead.

Initial reports said Lopez was detained for not wearing a coronavirus mask. Then the public learned cops detained him for a mere “administrative offense” (such as public drunkenness or making too much noise) although he, like George Floyd, resisted arrest.

A blow to the head while he was in custody killed him, and he also had a bullet in his left foot.

Authorities promised the family an investigation. But nothing much happened—until the publicity about Floyd’s death in the United States.

The family says the local mayor offered 200,000 pesos for them not to publicize the video recorded by Lopez’s brother and they were even threatened over it. But the video went viral on June 3.

On June 6, a big protest that aspired to cover all the bases erupted in Mexico City. Marchers protested at the U.S. embassy about Floyd, then went to the building that houses Jalisco’s government representatives to protest the death of Lopez. Looting and vandalism ensued. Police sent a 16-year-old girl to the hospital with a beating [No se tolerará el abuso policial: Sheinbaum sobre agresión a adolescente (“Police Abuse Will Not be Tolerated: Sheinbaum”), by Wendy Roa, Excelsior, June 6, 2020].

And, on June 8, there was more protest, looting and vandalism.

President Trump is under fire from all sides these days because of the Antifa-Black-Lives-Matter riots, but he’s receiving strong support from Spain’s right-wing Vox party.

The newspaper El País, no fan of Trump, put it this way:

Donald Trump is defending “order and civilization” in a “world conflict” against a movement paid for by the “great financial conglomerates.” Thus spoke Jorge Buxade, spokesman for Vox.  At a time when the US president faces widespread criticism for his strong-arm policy in the face of anti-racist protests and even the head of the Pentagon has disavowed his threat to deploy the Army. The Spanish party has become his [Trump’s] enthusiastic defender in contrast to the caution of other far-right European leaders.

Iron Hand? Many of us think Trump hasn’t been hard enough. But his refusal to surrender is a strike against him at El País. It went on:

[V]ox showed its express support for “Trump and the Americans who are watching their nation being attacked by street terrorists supported by millionaire progressive in a tweet with the hashtag #SpainSupportsTrump. …

[Vox leader Santiago] Abascal has shown himself to be convinced that “all the violence that has spread in the United States and other parts of the world is orchestrated by globalism.” For Buxadé, it is a “world battle” in defense of “order and civilization.”

It’s great to have some support from kindred souls across the Atlantic.

As if the riots aren’t bad enough, the Chinese Virus pandemic is still a problem, not least for “migrants,” which means it’s a problem for us at the border.

Mexicali is across the border from Calexico, California.

The border should stay closed to all non-essential traffic.