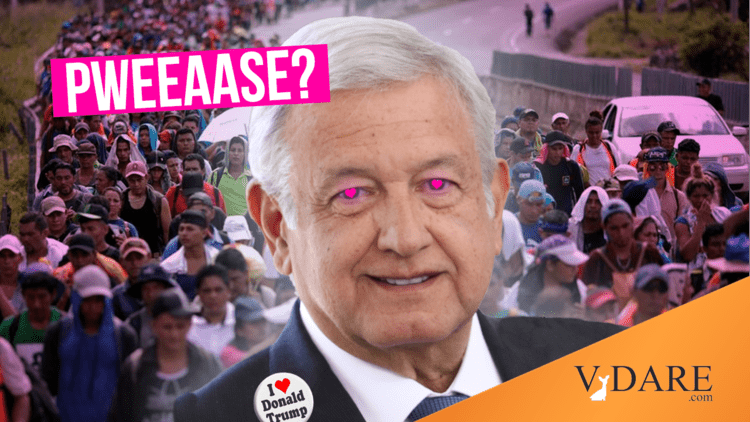 ORANGE ALERT! AMLO To Sweet-Talk Susceptible Trump Into An Amnesty?

[AMLO] suggested the possibility of proposing a migratory reform to his U.S. counterpart Donald Trump, with the purpose of regularizing the Mexicans who live in that country without legal documents. During his morning press conference, he admitted that this subject might be dealt with during his possible future visit to the United States, planned for July, to express appreciation for the support of that country during the COVID-19 epidemic and the fall in oil prices.

As I’ve noted before, despite being on the Left, AMLO goes out of his way not to criticize President Trump. And note one purpose of the get-together: to thank Trump for helping Mexico.

That isn’t good for us, given Trump’s notorious susceptibility to flattery and emotional appeals.

Mexico most emphatically does not want “migrant” Central Americans heading for the U.S. border to add to its coronavirus problem. So the Mexican immigration agency has been unflinchingly deporting them:

[The agency] repatriated 4,303 foreign citizens from March 21 to date, leaving only 231 persons in its migratory stations. As a result, it has avoided any outbreak of coronavirus COVID-19 in those centers.

Most of the deportees were reportedly from the “Northern Triangle” of Honduras, Guatemala, and El Salvador, which don’t much appreciate Mexico’s hard-nosed virus policy.

US Mexican Associations Issue “Manifesto To The Nation”—The Mexican Nation

If you want to know how Mexicans in the U.S. view themselves, consider this:

Addressed to AMLO, his cabinet, the Congress, governors, party leaders, the private sector, and most ambitiously of all, the “People of Mexico and its Transnational Communities,” the Manifesto has just one purpose: to get money from the Mexican government i.e., increase Mexican Meddling in our internal affairs.

But that’s not the most interesting thing about the Manifesto. Note what it inadvertently admits about Mexicans here in the U.S. and whether they even plan to assimilate, as we are told so often that they will:

“[W]e address the entire Mexican nation of 165 million persons, 127 million in Mexico and 38 million in the United States,” it says. (My emphasis.)

In other words, the manifesto’s 31 signatories believe that “38 million in the United States” are Mexicans first and Americans second—as the logos associated with them also show.

For example, one was shaped like my home state, Oklahoma, where Mexicans are supposedly represented by the House of Zacatecas Federation in Tulsa. 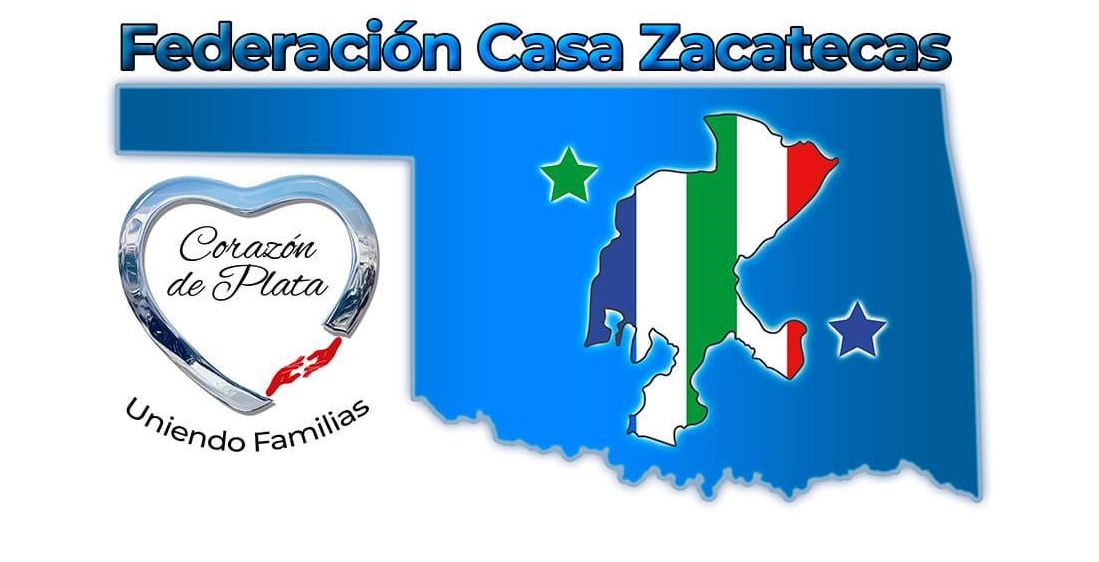 Look at the logo carefully: Inside the Sooner State is an image of Zacatecas, a state in Mexico, with the colors of both the American and Mexican flags.

Other groups include the Association of Mexicans in North Carolina and the Migrant Collective in Chicago, Illinois.

It’s time to close the border.

Guatemalan Ambassador To U.S. On How The Pandemic Helps Guatemala

Guatemala doesn’t want the U.S. to deport Guatemalans infected with COVID-19 back home yet encourages them to come here as guest workers where they could catch the virus, as I reported recently,

During a recent interview with Prensa Libre, the Guatemalan ambassador to the United States showed that his government knows exactly what it’s doing [Cómo el coronavirus podría traer una ventaja para la relación diplomática con EE. UU. (“How the Coronavirus can give us an advantage in our diplomatic relationship with the United States”), by Sergio Morales Rodas, Prensa Libre, May 15, 2020].

Alfonso Quinonez, a Euro-Guatemalan like President Alejandro Giammattei, has been ambassador since March 18, yet can’t fly to the U.S. because of the pandemic. But that doesn’t mean he has nothing to say about his job and what he intends to do.

Of course, Guatemala’s ambassador will promote his country’s interests. That is indeed his job.

But when do we start promoting ours?

However much the Guatemalan government wants and expected its people to live and work in the U.S., it doesn’t think much of foreigners who set up shop in Guatemala:

Seven Mexicans were caught by authorities after reports of the presence of foreigners in the area of the biosphere who were attempting to plunder the forest.

Captured at the El Mirador Mayan archaeological site in the northern Peten Department, these lumber liquidators weren’t felling a few random trees. They were setting up a serious operation:

Two all-terrain vehicles with Mexican license plates, a motorcycle, chainsaws, hammocks and cooking equipment were confiscated from the men. According to authorities, they had installed a campsite for the plundering of valuable wood.

Commenters at Prensa Libre were unsympathetic.

Wrote Carlitos Navas, who uses a photo of Charles Manson as his avatar:

At least give them twenty years in jail. These people destroy the biosphere, not caring about anything, in lands that aren’t even theirs.

Is it just me, or does Carlitos sound a little…xenophobic?