Said In (Salvadoran) Spanish: TPS, Trump And The Salvadoran Government’s Plan To Keep Profitable TPS Salvadorans In The U.S. [5 ITEMS] 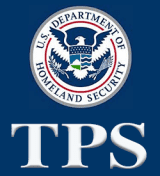 The Trump Administration recently terminated “Temporary” Protected Status for Salvadorans (TPS) for an earthquake that occurred in El Salvador 17 years ago. The Salvadorans have until September 9, 2019 to return to their country.

Needless to say, the U.S. Main Stream Media described this as a great injustice, even though most reporters didn’t even know what TPS was. [Lawmakers and journalists often have no idea what they’re talking about, by Mark Krikorian, January 9, 2018] TPS only applied to eligible nationals of designated countries who were already present in the U.S. during a disaster. Shouldn’t they want to go home and help their countries recover?

What actually happens: the “temporary” status stretches out, so when the time comes to go home, they screech about suffering injustice rather than being thankful they were able to stay for years. Worse, while they’re here, they’re having children who are U.S. citizens because they’re “Anchor Babies.”

TPS has become just another way to sneak in illegal aliens and make it hard to ever deport them.

Significantly, the Salvadoran government is very interested in its nationals staying in the U.S. because remittances sent back by Salvadorans in the US constitute an astonishing 17.1 % of El Salvador’s GDP (in contrast to Mexico’s puny 2.7 %). On January 8, the day of the announcement, the Salvadoran foreign ministry issued a statement which said (in Spanish, my translation):

Finally, the government of El Salvador reiterates its commitment with our fellow Salvadorans in search of alternatives that, through the U.S. Congress, will permit them the negotiation of their migratory stability in that country.

In other words, El Salvador is hoping to get the U.S. Congress to get that 18-month period indefinitely suspended.

The following are my translations of the Tweets from Foreign Minister Martinez’s account.

(FM Martinez was very upbeat about the 18 months, which he saw as a victory.) When FM Martinez speaks of “achieving legislation”, he means legislation in the U.S. Congress. Well, that’s good, I hope they can do that.  (Reuters reports that there are jobs for English-speakers in Salvadoran call centers.) Permanent legal status, that is.

The Foreign Minister’s 1:50 tweet  showed him conversing with a screen by which he was being interviewed by the U.S. media in Washington. The tweet said that the Foreign Minister “informed the media in Washington, D.C. that he has made the decision to intensify negotiations in the U.S. Congress, to achieve legislation to permit the TPS Salvadorans to pass to permanent status.”

In other words, the Salvadoran Foreign Minister’s main concern is making sure as many Salvadorans as possible stay in the United States.

One of the reasons why the Foreign Minister might be so concerned is because Salvadorans have a hard time getting tourist visas to the United States, as ElSalvador.com complained.

Salvadorans are the least privileged in comparison to the rest of Central America in obtaining tourist visas to the United States. According to data provided by the U.S. Embassy in Costa Rica to the newspaper La Nación, Salvadorans had a visa approval rate [at the Costa Rican embassy] of 47.03% of visas approved from October of 2016 to September of 2017. …Costa Ricans had a higher approval percentage with 93.51%, followed by Panama (88.39%), Belize (69.09%), Honduras (59.65%), Nicaragua (56.72%) and Guatemala (52.86%).

In fact, the article included 155 nationalities applying for U.S. tourist visas in Costa Rica. In first place was Argentina, with a 98.21% approval rating, with El Salvador at #125, which was below “Without recognized nationality.” That last category had a respectable 64.39% rate and was ranked at #83. [Salvadoreños, los menos privilegiados para obtener visa de Estados Unidos,  “Salvadorans, the least privileged in obtaining U.S. Visas,” January 9, 2018] 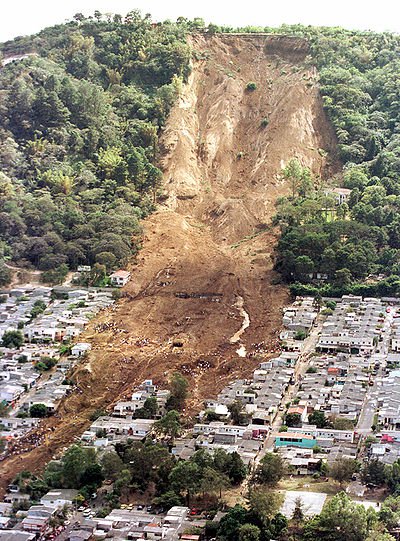 It’s certainly appropriate to recall the earthquake, but does that earthquake justify making TPS a permanent right to stay in the United States?

A commenter on the article, calling himself Arquebussier, wrote:

After 17 years it’s now time to forget the earthquake, TPS and Magico Gonzalez [considered the greatest Salvadoran soccer player ever). We must look ahead instead of being anchored to the past. There have been worse earthquakes in El Salvador, in 1951, 1961, 1965, 1986, but since they didn’t give us TPS, they don’t dig up and publish the reports or the photos. Clearly, this news item published 17 years after it occurred only has the purpose of haunting the conscience of Trump.

Needless to say, the U.S. Main Stream Media said President Trump’s suspension of TPS was a great injustice because El Salvador has so many problems. Not long after this, President Trump reportedly characterized several African and Latin American nations, including El Salvador, with a descriptive but vulgar characterization.

Personally, as an Evangelical Christian, I didn’t think Trump’s comments were appropriate or constructive. But the people getting hysterical are being hypocritical. Are poor and troubled Third World countries wonderful places or horrible places? If it’s wrong to say they are horrible places, then why is it wrong to send them back to their own countries?

Salvadoran  media consumers noticed this conundrum. On the website La Prensa Grafica, a comment from one Hugo Ghinazzi noted:

I don’t understand what is the lamentation in all Cuscatlan [synonym for El Salvador] if Trump spoke the truth…if the country were not a puta mierda [Spanish language vulgarity] then why are so many Salvadorans fleeing in herds toward the EMPIRE? Or are they going to tell me that they are fleeing …leaving behind a paradise?

A NOTE FROM HOME 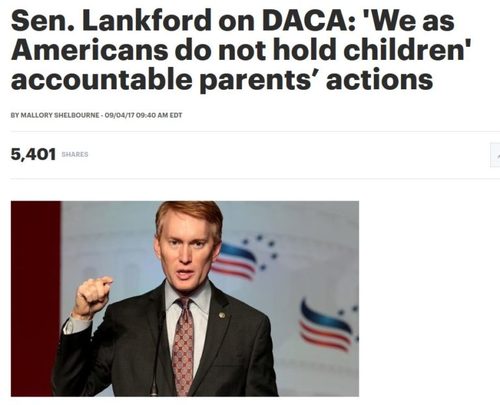 James Lankford, the junior senator from my home state of Oklahoma (contact him here) who appears to care more about DREAMers than working class Okies, said

If these comments are accurate, they are disappointing. I would not talk about nations like this, because I believe the people of those countries are made in the image of God and have worth and human dignity.

I agree that “the people of those countries are made in the image of God and have worth and dignity”. But Lankford might remember that the Fall of Man is also a Christian doctrine and a lot of countries have been very badly managed.

I have nothing against the Central American nation of El Salvador. I like the country, and I recall meeting Salvadoran Army soldiers serving with us in Iraq back when I was there in 2005.

But it’s time for El Salvador to stop using emigration to the United States as its development plan.

El Salvador needs to work on solving its own problems, as do we.