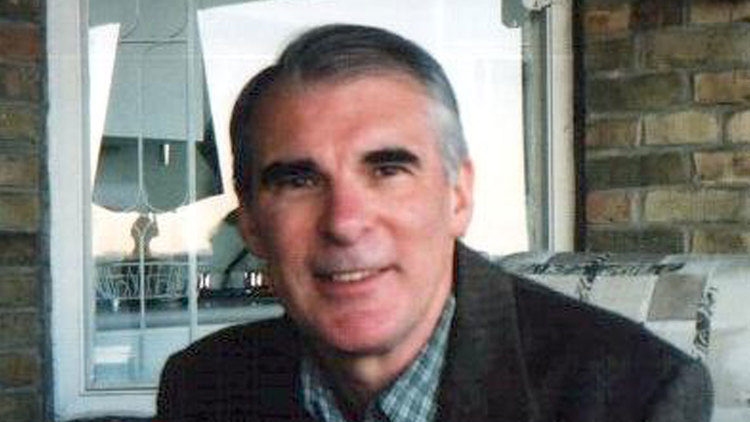 I discussed the late J. Philippe Rushton's racial evolution theory in some detail in my book Apes Or Angels?

(See Steve Sailer’s review here). It is a theory which fits Darwinian conditions and accounts for significant group differences and by itself made Rushton a memorable figure in science. But his body of work, and personal bravery also remind us of the treachery of modern liberalism in ushering in what Spencer Davenport has rightly described as “New Dark Age”. Rushton was a beacon against that darkness. Now he is gone. His funeral was today (October 10). I dedicate this article to his memory.

Until recently, exposing the fads, fallacies, and quackery of modern life was a liberal pastime. Liberals always rose up to protect science from superstition and pseudoscience. Two popular magazines have furthered this cause: Michael Shermer‘s Skeptic and Kendrick Frazier’s Skeptical Enquirer.

Traditionally, these magazines took aim at fairly easy targets like UFOs, parapsychology, and demonology.  But in today’s intensely politicized America, Political Correctness is king and the race denial is the dogma in need of skepticism.

Being good liberals, however, these pro-science skeptics become themselves credulous, or at least cautious, when dealing with the biology of race—the ultimate taboo subject in America. Critical thinking evaporates when race is mentioned.  Anthropology and genetics have been significantly silent as public debate is overwhelmed by a massive PC campaign to discourage independent thinking or deviation from the multicultural mandate of equality.

Take, for example, one of the best independent thinkers in modern discourse: John Derbyshire.  Derbyshire’s What’s So Scary About Darwin is a very sound introduction to the history of liberals obfuscating scientific inquiry. It is Darwin’s great theory itself that guarantees the demise of the modern mythology of human equality.

Derbyshire is a bright, highly-informed, almost sage writer.  But while no-one objects to his writings on mathematics—and certainly not to his recently-announced loss of religious faith—vast armies arise to condemn him if he discusses race realities.

Even the scientific establishment is loaded with political progressives ready to violate scientific method and constitutional rights in order to bring “justice” to science. (Two superb books have exposed the extent of liberal totalitarianism in science: Dictatorship of Virtue  by Richard Bernstein and Higher Superstition: The Academic Left and Its Quarrels with Science by Norm Levitt and Paul Gross. The authors themselves are card-carrying liberals who were appalled to find the Left unscrupulously suppressing the truth).

Ironically, the primary historic obsession of liberal skeptics has been debunking religion. But they are positively creationist when it comes to defending the anti-scientific position that human nature is characterized only by differences so minor as to be irrelevant.

This is true even though Frank Miele remains an editor of Skeptic Magazine.

Miele bravely coauthored a 2004 book called Race: The Reality of Human Differences  with the anthropologist Vincent Sarich. Only my own 2008 Apes or Angels? tackled the subject of human nature and race in the same manner.  Miele also interviewed Charles Murray about The Bell Curve for Skeptic.. His book on race was reviewed by Paul Gross and Alondra Oubre (pro and con) in Skeptic magazine, Vol.11, #4, 2005.

But neither editor Shermer nor any other leading Skeptic writer stepped forward to defend the scientific basis for IQ differences. The readership must have been left wondering: just what was the magazine’s stance on the issue of racial differences?

The Skeptical Inquirer’s record is even worse. It did run several articles back in 1991 and 1992 by Bernard Ortiz de Montellano on “Spreading Scientific Illiteracy Among Minorities.” But his complaint was limited to radio shows reporting on melanin conferences. (Afrocentrists believe that melanin, the substance that makes the skin dark, makes blacks naturally superior. See Teaching Reverse Racism, By Leon Jaroff, Time, June 24, 2001  )

To date both skepticism-centered magazines have simply avoided the Leftist multicult movement and its crazy offshoots.

I took the time to study the lecture series available at shop.skeptic.com. I found an amazing variety of topics treated by a wide variety of mostly excellent scholars. Among the Skeptic lecturers are people like Richard Dawkins, Sam Harris, Michio Kaku, Jared Diamond, Steven Pinker, Robert Wright, and others. But I could find nothing directly dealing with race.

I assume that the very fact that eminent humanists like Pinker and Dawkins are included reflects the “business as usual” approach of Michael Shermer.  Pinker and Dawkins skirt around race despite their considerable popularity, which fits comfortably with the Shermer framework. Liberal politics controls the message among this leading-edge group of anti-religion warriors.

That Shermer’s Skeptic attempts to lead the fight on global warming but remains tongue-tied on race is telling indeed. Liberals dedicated to fighting for racial equality often find themselves compromised when the beneficiaries of liberalism break the bonds of civilized concord  to openly revert to pseudoscience, mythology, and violence in the very society that removed their historic shackles of oppression. This is quite a predicament for Skeptic and the like.

Nevertheless, we should all stop and reflect on the insidious nature of this conspiracy of silence. I describe here alpha intellectuals of immense prestige and power. That these intellectuals are playing footsie with the liberal power structure and the MSM’s penchant for dishonesty means that lies will win out over science and truth for some time to come.

The hypocrisy of radical leftists flaunting their scientific objectivity and critical thinking skills while suppressing the issue of racial differences is a disgrace. When James Watson left his leadership position at Cold Spring Harbor after a PC lynching, we saw him disappear—despite being right. His fame and power crumbled before the power of bellicose minority leaders. In a PC culture, even the best people are torn down. Lofty talk about the value of truth cannot resist the PC meme.

Today, pseudoscience and irrationality fill social science and humanities classrooms as Leftist professors push narratives of social justice and oppression.  Of course, these ramblings violate logic, science, and common sense. The giant-killer Alan Sokal very cleverly exposed the postmodern academic culture with a hoax. But the scandal lasted only a short time and the Leftist movement across academia returned to its pseudoscientific mission.

The Right, of course, has always had its creationist faction and assorted denialists related to global warming, vaccines and autism, and diet fads. Here, I often side with the Left—when the preponderance of evidence is on the side of science.

But while neither Left nor Right is flawless, the contemporary Left is far more culpable, inculcating post-modern madness and enforcing the equality dogma.

In my youth we chased UFOs, Yeti, and ESP. America was more conservative, religious, and less “diverse.” Today, a cacophony of “diverse” voices scream simultaneously, but critical thinking is much rarer. Academia and the MSM are loaded with Leftist hostility to independent thought. Relativism and postmodernism abound. Nutcases are everywhere.

Science has never been more powerful in its cumulative knowledge. Yet respect for science is lower than ever. The Left has commandeered even the self-professed organs of public skepticism.

There is no Stalin to drive the ship of state. But the equality dogma can count on self-censorship at Skeptic and Skeptical Enquirer to keep truth from the open air.

, was a professor of science education at UCLA and chair of graduate studies at Brock University in Ontario, Canada. While at Brock Dr. Troost created an MA degree program in environmental education. He also worked on critical thinking tests for the Ontario Institute for Studies in Education at the University of Toronto.