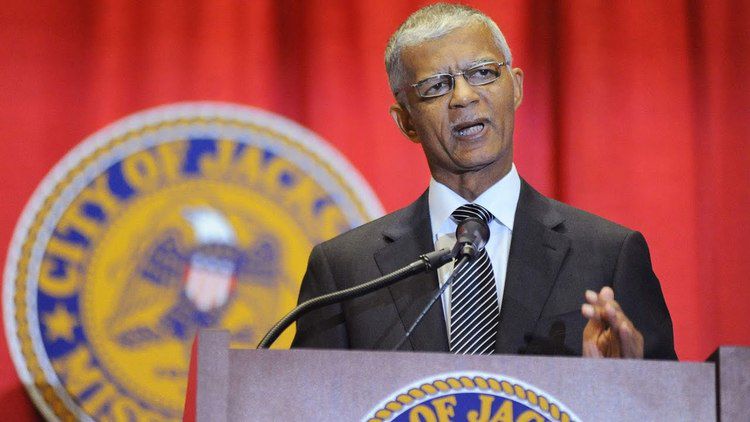 Mississippi is still burning. Not in the way the New York Times would have you believe, stuck in 1962 with lynchings of innocent blacks imminent at any given moment. Instead, while no one was looking, the capital city of Jackson has quietly become America's Harare.

Just as Africa's breadbasket, Rhodesia, had the name of its capital changed from Salisbury to Harare and became Africa's basketcase, Zimbabwe, racial democracy has spoken in 86% black Jackson. Racial socialist Chokwe Lumumba, the Nation of Islam's new favorite elected official, carried a not coincidental 87 percent of the Mayoralty vote  on June 4. The almost entirely black electorate embraced his disturbingly familiar slogan of “One City. One Aim. One Destiny.” [Pictured right, Chokwe Lumumba as a young man.]

Symbolically, Jackson International Airport has now been changed to Jackson-Evers International Airport in 2004. But this is only the first step of Jackson's transformation. One can only speculate when Mayor Lumumba will rename the city in honor of Medgar Evers instead of the racist white American Andrew Jackson.

This transformation is taking place because, when all is said and done, “demography is destiny.” Because of remarkably swift white flight from Jackson, there was nothing to prevent the black majority from electing a man who thinks Africans visited North America centuries before Columbus. [Lumumba challenges history regarding Christopher Columbus: Presumptive next mayor says Africans visited Americas before Italian explorer, By Dustin Barnes, Clarion-Ledger, May 24, 2013.]

More importantly, just as revanchist Mexicans trumpet “Aztlan” in the American Southwest, Mayor Lumumba has his own vision of a black ethnostate. He once served as “Vice President” of the black “Republic of New Africa,” which claimed five states of the American South. Lumumba sees Jackson as the focal point of what he calls the “Kush District,” a “solid, non-self governing territory” with a black majority that can serve as a base for a new direction “of self-determination, of self-governance, self-economic development.” [Chokwe Lumumba: New mayor, new era for Jackson, Mississippi ? By Askia Muhammad, The Final Call, August 19, 2013.]

It's not like Mayor Lumumba is concealing his aims. Even his inauguration resembled the revolutionary destruction of a colonial regime instead a mayoral election in a nominally First World country.

On July 1, Chokwe Lumumba, an attorney with a long record of black radical activism, took office as mayor of Jackson. His inauguration took place in the gleaming convention center that sprang up four years ago in the state capital’s mostly deserted downtown.

A crowd of 2,500 packed the hall. The city councilors and other dignitaries, most of them African-American — Jackson, a city of 177,000, is 80 percent black — sat on the dais. The local congressman, Bennie Thompson, officiated. The outgoing mayor, Harvey Johnson, the city's first 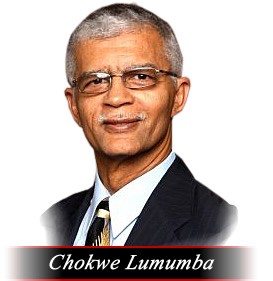 black mayor, wished his successor well. The Mississippi Mass Choir gave a jubilant performance of “When I Rose This Morning.”

Finally, Lumumba, 66, approached the podium, pulling the microphone up to suit his tall, lean frame. “Well,” he said, “I want to say, God is good, all the time.”

The crowd replied. “God is good, all the time!”

The crowd called back, “Hey! Hello!”

Then Lumumba smiled and raised his right hand halfway, just a little above the podium, briefly showing the clenched fist of a Black Power salute.

Applause rang out, bells chimed, wooden staffs rose up and people shouted back, “Free the land!” That’s the motto of the Republic of New Afrika (RNA), the movement formed in 1968 that sought to turn the states of Louisiana, Mississippi, Alabama, Georgia and South Carolina into an independent black nation.

[In Mississippi, America's most revolutionary mayor: Mayor Chokwe Lumumba is applying a philosophy against imperialism to the practice of repairing streets', by Siddhartha Mitter, Al-Jazeera America, September 19, 2013]

“Free the land” from who?

From whites of course.

In an interview with the Black Nationalist newspaper the San Francisco Bay View, Lumumba made clear his agenda is the racial redistribution of wealth.

So what do we need to do? Well, we have to take a close look at who we’re giving contracts to, and we have to give them to somebody other than just white corporations, as that opportunity avails itself. We have to make sure that whatever corporations get these jobs, they employ the people in the city, rather than employing a whole bunch of people from out of the city. We have to make sure that whoever gets contracts from us agrees to do joint ventures or subcontracting and various things with other companies who can be developed to do those jobs in the future if they weren’t capable of doing them on their own in the present. So there’s a lot of different things going on toward the objective of developing a democratic economy...

I think we have to tighten up on that. I think that our compliance with some of our objectives is not as good as it should be, and even our objectives have been wanting in the past. At one point, the EBO (equal business opportunity) requirement or EBO expectation or goal was only 8 percent, which means that 8 percent of the contractors and things that do business with the city had to be Black, or not had to be Black, but that was the goal. That was woefully inadequate, and so we’re definitely planning on changing that.

The embrace of “Black Power” is a change for a city that only eight years ago elected black businessman Frank Melton as Mayor. His slogan was far different than Mayor Lumumba's – “running the thugs out of town.”

Wearing a police jacket and badge, carrying two guns, and leading sledgehammer-wielding black youth (for which he was indicted on Civil Rights charges) on raids of crack houses, Mayor Melton was a true champion of urban renewal.(Nothing in the story Mississippi Mayor Is Indicted on Civil Rights Charges, By Shaila Dewan, NYT, July 11, 2008, says that Mayor Melton was black.)

In June of 2006, Melton declared a 30-day emergency on crime in the city (complete with curfew) and actually petitioned then-Governor Haley Barbour to send the National Guard to patrol the city.

For these efforts, Melton was attacked by the usual suspects. The New York Times denounced him—an obvious indicator he was doing something right:

But Mr. Melton’s vigilantism has raised concerns from critics, including the American Civil Liberties Union and the National Association for the Advancement of Colored People, that he is bypassing due-process rights and engaging in racial profiling by focusing on black neighborhoods. (The mayor, like 77 percent of Jackson, is black.)

Unlike a respectable member of Conservatism Inc., Melton fought back:

Officials with the American Civil Liberties Union lashed out against Jackson Mayor Frank Melton in a news conference this morning in front of City Hall, accusing the first-term mayor of racial profiling and trampling civil rights in his quest to rid the city of crime.

"We have 26 people that have been killed in Jackson this year. We have 300,000 people killed across America each year. The majority of them are African-American and it's time to do something different," Melton said. "I want to know what the ACLU wants to do besides criticize." ACLU criticizes Jackson mayor,  by Chris Joyner,ClarionLedger.com, August 1, 2006

Always eager to savage easy targets, Reason magazine joined in and called Mayor Melton the “worst mayor in America” in 2006. Under constant attack, Melton eventually became a pariah for actually trying to end black-on-black violence.  Losing a runoff in 2009, he died suddenly on Election night.

What about the Republicans in Jackson? One has tried to duplicate Melton's approach by targeting crime. Interestingly, black Republican George Lambus compared the lawlessness in black politically-controlled Jackson to that of post-Apartheid South Africa:

“Look at recent history, like in South Africa, when apartheid was abolished,” Lambus said in a recent interview with The Associated Press. “Blacks went on a crime spree. Other blacks got tired of it … and they formed vigilantes and they killed people. It brought the crime down.”

Lambus also asserts that executions are the only way to control crime, adding “If we look at the Bible, from Genesis to Revelation, it’s driven with blood.” [Black candidate wants to solve crime with “noose,” Washington Times, March 20, 2009]

Needless to say, Mr. Lambus was denounced by the Mississippi Republican Party as not representing its “values.”

Fighting crime isn't what black voters want to hear. For them, rather than a cautionary tale, contemporary South Africa is a model of liberation. Why would the African experience scare a constituency dreaming of a “Republic of New Africa” in the heart of the Southland?

As for Reason magazine, while attempts to control crime bring condemnation, the seizure of power by an ethnocentric, collectivist, racial socialist brings only silence. After all—fighting for “liberty” means, above all, not getting in trouble.

While libertarians avert their eyes and Conservatism Inc. sleeps, America's Third World future has already arrived in Jackson. Just like Zimbabwe after Ian Smith's fall, the “new America” is far removed from a post-racial democratic utopia.

The United States today looks less like the Republic of our Founding Fathers—and increasingly like a Republic of New Africa.

Where will this leave whites—the group formerly known as “Americans”?

Paul Kersey[Email him] is the author of the blog SBPDL, and has published the books SBPDL Year One, Hollywood in Blackface and Escape From Detroit, Opiate of America: College Football in Black and White and  Second City Confidential: The Black Experience in Chicagoland. His latest book is The Tragic City: Birmingham 1963-2013 .