Patrick J. Buchanan: Who Wants War with Iran—and Why?

In the run-up to Christmas, President Donald Trump has been the beneficiary of some surprisingly good news and glad tidings.

Sunday, Vladimir Putin called to thank him and the CIA for providing Russia critical information that helped abort an ISIS plot to massacre visitors to Kazan Cathedral in St. Petersburg.

Monday found polls showing Trump at his highest in months. Stocks soared 200 points at the opening bell in anticipation of pre-Christmas passage of the Republican tax bill. The Dow has added a record 5,000 points in Trump's first year.

And the Russiagate investigation may have busted an axle. Though yet unproven, charges are being made that Robert Mueller's sleuths gained access to Trump transition emails illicitly.

This could imperil prosecutions by Mueller's team, already under a cloud for proven malice toward the president.

Recall: Daniel Ellsberg, who delivered the Pentagon Papers to The New York Times, walked free when it was learned that the White House "Plumbers" had burgled his psychiatrist's office.

With things going Trump's way, one must ask:

What was U.N. Ambassador Nikki Haley doing last week at what looked like a prewar briefing at Joint Base Anacostia-Bolling in D.C.?

Looming behind Haley was part of what was said to be an Iranian missile fired at King Khalid International Airport in Riyadh.

Though the rocket had Iranian markings, it was not launched from Iran, or by Iranians. Houthi rebels, for two years victims of a savage war waged by the Saudis—using U.S.-made planes, missiles, bombs and drones—say they fired it at the Riyadh airport in retaliation for what the Saudis have done to their people and country.

If so, it was a legitimate act of war.

Indeed, so great is the Yemeni civilian suffering from a lack of food and medicine, and from malnutrition and disease, Trump himself has told the Saudis to ease up on their air, sea, and land blockades.

As there is no evidence as to when the Houthis acquired the missile, or where, the question arises: What was Haley's motive in indicting Iran? Was this part of a new propaganda campaign to drum up support for America's next big Mideast war?

There are reasons to think so. 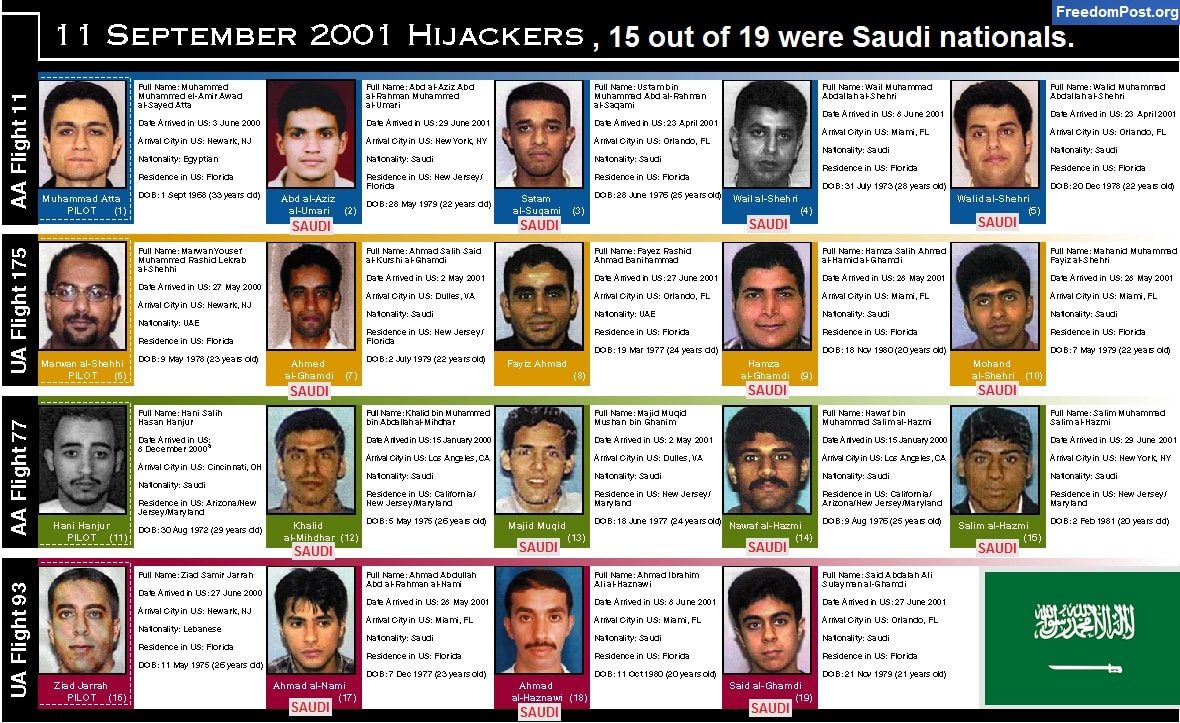 Haley went on: "It's hard to find a conflict or a terrorist group in the Middle East that does not have Iran's fingerprints all over it."

But Iran is Shiite, while al-Qaida, which brought down the twin towers, aided by 15 Saudi nationals, is Sunni. So, too, are ISIS, Boko Haram in Nigeria, al-Shabab in Somalia and Islamic Jihad. Most Mideast terrorist groups are Sunni, not Shiite.

As for these Mideast "conflicts," which did Iran start?

We started the wars in Afghanistan and Iraq. NATO started the war in Libya. The U.S. helped trigger the horrific Syrian civil war by arming "rebels." Only when President Bashar Assad looked like he was about to fall did Russia and Iran intervene on his side.

As for the "Shiite crescent," from Tehran to Bagdad to Damascus to Beirut, who created it?

Under Saddam Hussein, Iraq was Sunni dominated. It was the Americans who overthrew him and brought Shiite power to Baghdad.

In Syria, it was U.S.- and Sunni-backed "rebels," allied at times with al-Qaida, who drew Iran and the Shiite militias in to save Assad.

And the Israelis called the Shiite Hezbollah movement into being by invading and occupying South Lebanon in 1982. As Yitzhak Rabin ruefully said, "We let the Shia genie out of the bottle."

Are we now to fight a new Mideast war against a larger enemy than any of the others we have fought, to clean up the bloody mess we made of the region by our previous military interventions?

Before we march, with Haley as head cheerleader, Trump should consider the likely consequences for his country, the Middle East, and his presidency.

A war in the Persian Gulf would send oil prices soaring, and stock markets plummeting, even as it would split us off from our major allies in Europe and Asia. The Airbus-Boeing deal to sell Iran 300 commercial aircraft would be dead.

While the U.S. would prevail in an air, naval and missile war, where would the troops come from to march to Tehran to "democratize" that nation? Do we think a bloodied revanchist Iran would be easier to deal with than the one with which John Kerry negotiated a nuclear deal?

Would Hezbollah go after U.S. soft targets in Beirut? Would Iraqi Shiite militias go after Americans in the Green Zone? Would the Shiite majority in Bahrain and the oil-rich northeast of Saudi Arabia rise up and rebel?

And who would our great fighting Arab ally be?

Jared Kushner's new friend: a 32-year-old Saudi prince who has become famous for putting down $500 million each for a chateau near Versailles, a yacht on the Riviera, and a painting by Leonardo da Vinci.