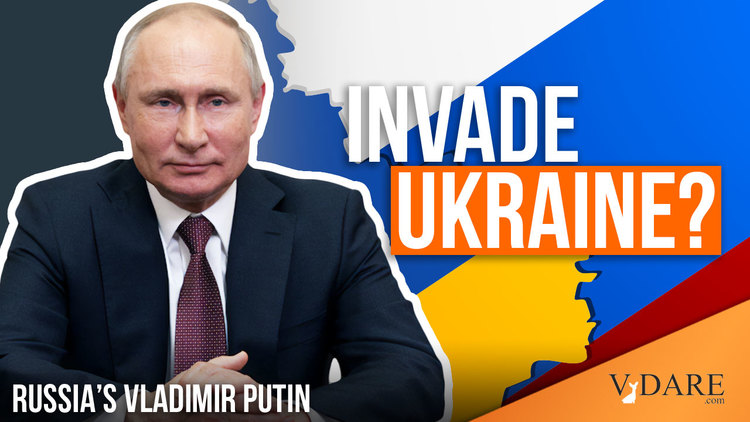 Patrick J. Buchanan: What To Do About That Russian Ultimatum

This might stand as a crude summary of two draft security pacts Deputy Foreign Minister Sergei A. Ryabkov delivered last week as Russia's price for resolving the crisis created by those 100,000 Russian troops on Ukraine's borders.

Ryabkov's demands appear to be a virtual ultimatum, designed to be rejected by the U.S. and NATO and provide Moscow with a pretext for an invasion and occupation of part or all of Ukraine.

Among the maximalist Russian demands:

That date is significant. For not until 1999 did Poland, Hungary and the Czech Republic join NATO. And the accession of Estonia, Latvia, Lithuania, Romania, Bulgaria, Slovakia and Slovenia came only in 2004.

Russia is calling for the creation of a security zone around its borders to include all of the former Soviet Union and beyond, where U.S. and NATO military bases would be prohibited.

That Ryabkov's demands were specific and made public suggests they are to be taken seriously and Russian President Vladimir Putin is behind them. The deputy foreign minister is calling for immediate negotiations over these security pacts to begin in Geneva.

Before dismissing these Russian demands outright, the U.S. should look closely to see if there are not some issues on which compromise is possible and common ground can be found so the Ukraine crisis might be defused. One senior U.S. official has been quoted as indicating such:

"There are some things in those documents that the Russians know will be unacceptable ... but there are other things that we are prepared to work with and merit some discussion."

The U.S. has already signaled, with President Joe Biden's warning to Putin about "severe ... economic sanctions" should Russia invade, that we are ruling out war and confining any U.S. response to nonmilitary means.

British Defence Secretary Ben Wallace has said that the U.K. is also unlikely to send troops to defend Ukraine if Russia invades, as Ukraine is not a member of NATO.

Nor is the U.S. or NATO going to war for Georgia to validate its claims to Abkhazia and South Ossetia, as we showed in 2008. That August, President George W. Bush sat immobile as Putin's Russia threw the invading Georgians out of South Ossetia.

Again, America is not going to war for Georgia or Ukraine. We have demonstrated that with our inaction in the Russian-Georgia war of 2008, in the Crimea and Donbass crises in 2014, and in the Ukraine crisis of 2021. So, why not find a way to convey this reality, to avert a Russian invasion of Ukraine and war Kyiv would surely lose?

If Ukraine and Georgia are not going to be admitted to NATO or given Article V war guarantees, why not say so publicly now?

What is happening today is that, after decades of moving NATO east from the Elbe River to the Baltic states and borders of Russia itself, the chickens of NATO expansion are coming home to roost.

Since the end of the Cold War, NATO has doubled in size.

We now have outstanding U.S.-NATO war guarantees to 28 nations on the other side of the Atlantic, some of them tiny nations deep inside Eastern Europe, in the very shadow of Russia, the largest nation on earth.

The day cannot be far off when the U.S. is going to have to review and discard Cold War commitments that date to the 1940s and 1950s, and require us to fight a nuclear power such as Russia for countries that have nothing to do with our vital interests or our national security.

Ryabkov's call for U.S.-Russia negotiations at Geneva may be the place to begin a public reappraisal of our Cold War commitments.

For any concessions we make on not expanding NATO into Ukraine and Georgia, we can demand reciprocal Russian concessions. New arms agreements to limit U.S. and Russian missiles in Europe and to restrict the number of U.S. and Russia air and naval operations near the borders of our respective countries seem negotiable.

A Russian-Ukrainian war, which Kyiv would almost surely lose, would prove a disaster for both nations.

The winner would be China. For such a war would leave Russia no place else to turn for an economic, political and strategic partner. And U.S. interests are not served by cementing the alliance between Beijing and Moscow.