The unsurprising news that three Democratic judges on the notorious Ninth Circuit have again blocked the Trump Administration’s suspension both of visa issuances for six Muslim countries (the “travel ban”) and of the refugee influx is just further evidence of our emerging kritarchy—Leftist judges are seizing control of immigration policy, as they have in so many other areas of American life since the disastrous Brown decision. Ultimately, there must be an epic confrontation between this imperial judicial branch and America’s elected representatives—or the U.S. Constitution will indeed have proved to be “a suicide pact” and the Historic American Nation will be swamped by court-protected Third World immigration.

This kritarch coup against immigration law enforcement is also apparent at the state level. State court judges are wading into the non-issue of arresting illegal aliens at State and local courthouses before, during, or after appearances for (mostly criminal) charges.

No normal person could object to deporting a criminal. But then, kritarchs, Democrats, Cultural Marxists, and race hustlers are not normal people.

I first exposed this development in Mexican Judge Helps Mexican Illegal Alien Escape [March 5, 2017] U.S. Immigration and Customs Enforcement (ICE) Enforcement and Removal Operations (ERO) had tracked illegal alien criminal Diddier Pacheco Salazar, also known as the Rat, to Oregon’s Multnomah County Circuit Courthouse, where he was appearing as a defendant in a criminal case, and sought to arrest him there. 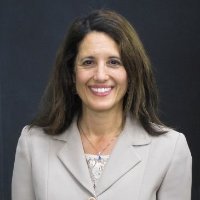 Arrests happen every day in State courts. They are usually done by local officers for local crimes. Arrests in courthouses are safer for both the criminal and the officers arresting them because most courthouses search those entering for weapons.

But dead Deportation Officers were not a concern of Mexican kritarch Monica Herranz (right) who allowed Salazar to escape through the judges’ chambers while the Deportation Officers cooled their heels outside.  Big mistake, they should have sat in the courtroom like any other member of the public. 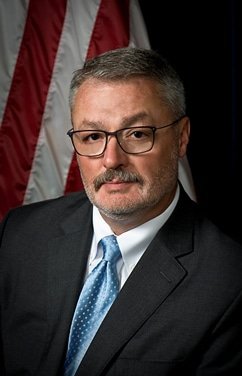 Disgracefully, the U.S. Attorney for the District of Oregon, Obama holdover Billy Williams, has failed to indict Herranz for a violation of Title 8 United States Code Section 1324 (A)(1)(a)(iii), Bringing and Harboring Certain Aliens.

Unfortunately, this failure to act has only emboldened State court judges to interfere with ongoing operations by ICE ERO against criminal aliens in courthouses.

Tani Cantil-Sakauye, California’s chief justice, is fast emerging as one of the Trump administration’s most vocal critics in the judiciary.

Her main concern is the controversy surrounding President Trump’s immigration policies. Earlier this month, she criticized federal immigration authorities for using courthouses as “bait” to arrest undocumented immigrants. Days later, she assailed the president’s disparaging comments about federal judges who ruled against his travel ban.

And on Monday, Cantil-Sakauye used her annual State of the Judiciary address to argue that the rule of law was being “challenged” amid the administration’s immigration crackdown.

You always know when Cultural Marxists and the ethnic lobby are lying—not just when their lips are moving, but when they accuse immigration patriots of some crime or sin, they’re committing it themselves. Look at the lies about Russian influence over Trump, when it is Hillary Clinton, Bill Clinton, and John Podesta who have accepted millions of dollars from Russia agents.  [RussiaGate: Hillary Clinton and John Podesta's Troubling Ties to Russia, By Debra Heine, PJMedia,  March 29, 2017]

In this case, Cantil-Sakauye is railing about the threat to the rule of law when she is defying the rule of law by protecting illegal aliens from lawful arrest by Federal authorities.  Note that here are have been no complaints from Cantil-Sakauye about courthouse arrests that do not involve deporting undocumented Democrats.

Instead, she resorted to apocalyptic rhetoric. From the WaPo story:

“We are living in a time of civil rights unrest, eroding public trust in our institutions, economic anxiety, and unprecedented polarization,” she said. “Our values, our rules and our laws are being called into question, and all three branches of government and the free press are in the crosshairs.”

How can this be viewed as anything other than an implicit call for violent resistance if immigration arrests are not stopped?

And the contagion is spreading. The Chief Justice of New Jersey Supreme Court, Stuart Rabner, has weighed in: N.J. Chief Justice To Feds: Don't Arrest Immigrants Inside Courthouses, by Andrew Seidman, Philly.com, April 19, 2017]

Note the use of “immigrants” to refer to illegal aliens.  ICE ERO doesn’t arrest “immigrants” except in widest possible use of the term. They mainly arrest illegal aliens, but also some legal immigrants who have been convicted of serious crimes.

The same nonsense from Chase Rogers, Chief Justice of the Connecticut Supreme Court:

The May 15 letter from Chase Rogers, chief justice of the Connecticut Supreme Court, marks the latest instance of a high-ranking judge telling federal immigration authorities that their intrusion into courthouses undermines the justice system.

[Chief Justice In Connecticut Asks ICE To Stay Out Of Courthouses, by Roque Planas, HuffPo, June 8, 2017]

Perhaps significantly, this concern all came about because of the arrest of a mentally-ill tranny inside an El Paso courthouse back in February:

On the morning of February 9th, Irvin González, a thirty-three-year-old transgender woman [sic—i.e. homosexual man], was sitting in a waiting room on the tenth floor of a courthouse in El Paso, Texas. At 9 a.m., a judge was scheduled to hear her request for a protective order against an abusive ex-boyfriend. González was nervous that she’d have to confront him in court, but her caseworker, who was from a local aid agency, reassured her that he might not even be there, and that if he was he wouldn’t be able to get too close. She allowed herself, momentarily, to relax. “I felt very safe and protected in the court,” she said…

Either way, her arrest illustrated the lengths to which agents are willing to go to pursue the undocumented. “What message does it send? ‘We are coming after you,’ ” Veronica Escobar, a county judge, said. “We don’t want to rattle the community or scare off other victims who may be afraid to come forward to report abuse.”

[The Woman [sic. Homosexual Man] Arrested By ICE In A Courthouse Speaks Out, by Jonathan Blitzer, The New Yorker, February 23, 2017]

Sanctuary courts are a new front in the war on immigration enforcement, to match the scandal of “Sanctuary Cities.”  But Attorney General Jefferson Sessions could still nip it in the bud by making an example of Oregon’s Mexican kritarch Herranz pour encourage les autres. He should direct U.S. attorney Williams to prosecute Harranz—or replace him with a patriot lawyer who will.

America’s out-of-control judges need to be taught that they have no authority over federal immigration policy and its enforcement.