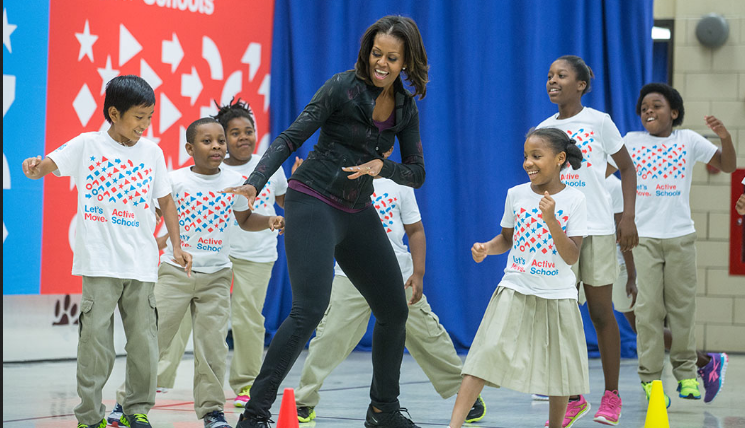 While her husband may have paid lip service to ending the abuse of science for "politics or ideology," first lady Michelle Obama gave herself a super-sized waiver. Two of her showcase social engineering campaigns—tax preferences for breast-pumping working mothers and expanded nutrition labels—are based on distorting or dismissing the prevailing public health literature.

Over the past year, the first lady has marshaled a taxpayer-subsidized army of government lawyers, bureaucrats and consultants against the "national security threat" of childhood obesity. She has transformed the East Wing of the White House into Big Nanny's new Central Command headquarters. The biggest threats to Mrs. Obama's 70-point plan for national fitness: parental authority and sound science.

As part of her "Let's Move!" anniversary celebration this week, Mrs. Obama rolled out a new breastfeeding initiative because "kids who are breastfed longer have a lower tendency to be obese." She made her assertion to an invitation-only group of handpicked reporters who were barred from asking questions about her scientific conclusions. It's not healthy to challenge Super Nanny, you see.

After the Internal Revenue Service carefully studied and rejected an advocacy push to treat nursing equipment as a tax-deductible medical expense last fall, the tax agency suddenly reversed itself in time for the first lady's new public relations tour. The surgeon general has also issued a "Call to Action" to pressure private businesses to adopt more nursing-friendly environments to combat childhood obesity, all while denying that government is intruding on personal decisions. "No mother should be made to feel guilty if she cannot or chooses not to breastfeed," Surgeon General Regina Benjamin asserted, while laying an unmistakable guilt trip on moms and moms-to-be.

So, what do studies on breastfeeding and babies' weight actually say? Rebecca Goldin, Ph.D., research director of George Mason University's Statistical Assessment Service, points out that the literature is inconclusive or demonstrates that the health advantages of bosom over bottle are short-lived:

"Indeed, there is little evidence that using formula causes obesity. There is a correlation between formula use and obesity among babies and children ... though this correlation is not consistent in all studies. Some of these studies show a relationship in only some demographics and not others. Others show that the disadvantage of bottle-feeding and/or formula mostly goes away by the time a child is about 4 years old.

"The result is that we cannot discover whether breastfeeding is correlated with obesity because infant formula or bottle feeding leads to subsequent overeating or disposition to being overweight, or whether those parents who breastfeed are also more likely to offer their children green beans instead of French fries. Despite weak evidence, there is a lingering conviction that formula causes obesity among pediatricians and the press; if anything, the study about infants should make us reflect more carefully on this conclusion."[Can breastfeeding halt obesity - or is the media misreading the research? Stats.org, January 21, 2011]

Alas, such nuance from Mrs. Obama and her unquestioning media water-carriers is scarcer than tofu at Taco Bell.

Don't get me wrong. As a proud mom who breastfed both of her babies, I've been and will always be a vocal defender of women who have devoted the time, dedication and selflessness it takes. But there are myriad individual reasons beyond Mrs. O's expansive goal of battling the collective scourge of childhood obesity—intimate bonding and health benefits for the mom, not just the baby, for example—that lead women to nurse.

And we don't need Big Brother or Big Mother to lead the Charge of the Big Bosom to persuade us of the personal benefits. Many private hospitals and companies have already adopted nursing-friendly environments. If it's as good for their bottom lines as it is for babies' bottoms, they don't need a government mandate to do the right thing.

But as I've noted many times over the past year, Mrs. O's real interest isn't in nurturing nursing moms or slimming down kids' waistlines. It's in boosting government and public union payrolls, along with beefing up FCC and FTC regulators' duties.

However, the latest study on this very subject—funded by no less than the left-wing Robert Wood Johnson Foundation—confirms other recent research contradicting the East Wing push. A team led by Duke-NUS Graduate Medical School's Eric Finkelstein, published in the peer-reviewed American Journal for Preventive Medicine, found that mandatory menu-labeling in Seattle restaurants did not affect consumers' calorie consumption. "Given the results of prior studies, we had expected the results to be small," the researchers reported, "but we were surprised that we could not detect even the slightest hint of changes in purchasing behavior as a result of the legislation."[Duke Press Release, January 18, 2011]