Here is what happens if you try to tell health care stories that defy big government orthodoxy:

When GOP Congressman Rodney Davis of Illinois tried to recount how his wife, a nurse and colon cancer survivor, struggled in the nationalized Canadian health care system, liberal protesters by uttering "Ugh!" and catcalling him.

When GOP Rep. Tom MacArthur of New Jersey attempted to tell a rowdy town hall audience about health policy insights he gained caring for his special needs daughter, Gracie, who passed away at age 11, he was booed. And jeered. Rude pigs yelled "Shame!" at the insurance executive turned public servant as he talked about his daughter's legacy.

When GOP Rep. David Kustoff of Tennessee wrapped up a meeting with agricultural educators in his district this week, a woman stalked him and an aide—reportedly, nearly driving them off a road. According to the sheriff's department, the stalker approached Rep. Kustoff's car, "screaming, "striking the windows," "cursing" and blocking the vehicle, according to police. 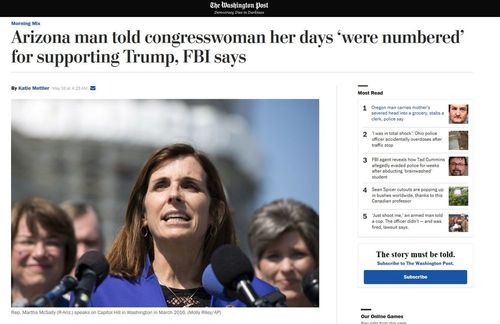 After GOP Rep. Martha McSally of Arizona voted for the House Obamacare repeal plan, an unhinged Tucson public school employee left voice messages on her congressional office phone line threatening to "wring" her neck and "pull the trigger" to shoot her between the eyes. 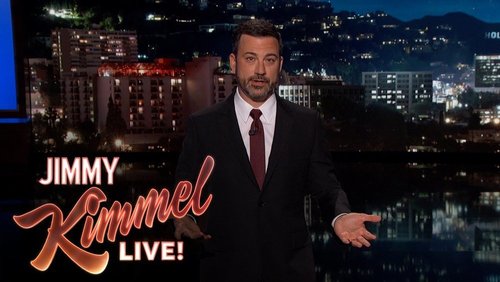 When I countered late-night joker Jimmy Kimmel's Obamacare-cheerleading monologue tied to his newborn child's chronic illness with my own experience as a mother of a chronically ill child, left-wing readers called me an "insensitive b—-" "mean-spirited" and "twisted." One reading comprehension-challenged letter writer, Diane Goldwater, wrote:

"Perhaps one day one of your children will suffer from a life-threatening disease... what goes around comes around we will see how you feel when it happens to someone you love."

Along similar bloodthirsty lines, in response to all Republicans who supported the House health insurance package, Newsweek writer Kurt Eichenwald seethed on Twitter that he wanted his political enemies and their loved ones to be "tortured:"

As ever, absolute moral authority only belongs to those who preach civility and compassion for others—while ramming their own policy preferences and values down our throats.

Millions of us who wanted our individual market health insurance plans left alone were branded selfish or liars for the past eight years. Our stories were stifled; our cancellation notices derided; our accounts of skyrocketing health insurance costs and diminished access to doctors mocked.

Remember when Organizing for Action (previously Obama for America) peddled the "success story" of Chad Henderson, a supposedly random millennial who miraculously enrolled in Obamacare while everyone else in America experienced major tech meltdowns and sticker shock? Chad was an OFA volunteer who had actually never enrolled in Obamaare—and then claimed he was just "joking" when he got caught lying.

Or how about Otto Raddatz, the Illinois cancer patient promoted by President Obama who supposedly died after he was dropped from his plan when his insurer discovered an unreported gallstone the patient hadn't known about. The truth? He got the treatment he needed in 2005 and lived for nearly four more years.

The Mother of All Pre-Existing Condition Cons, of course, involved President Obama's own mom, Stanley Ann Dunham. He invoked Dunham's alleged deathbed fight with her insurer repeatedly in his quest for top-down health insurance mandates:

"For my mother to die of cancer at the age of 53 and have to spend the last months of her life in the hospital room arguing with insurance companies because they're saying that this may be a pre-existing condition and they don't have to pay her treatment, there's something fundamentally wrong about that."

But Dunham's health insurer had in fact reimbursed her medical expenses with no objections. The actual coverage dispute centered on a separate disability insurance policy.

To the rest of us who dare to tell our counternarratives? Ad hominem attacks, road rage, death threats—and complete apathy from the selective news suppressers of the Fourth Estate.