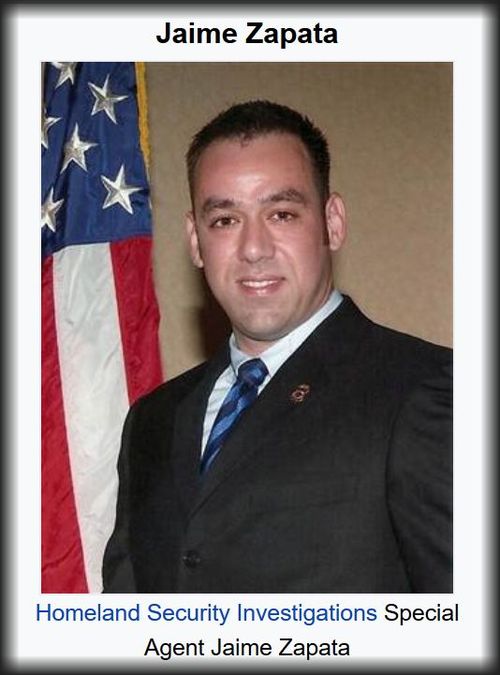 Victor Avila is a survivor. Soft-spoken but iron-willed, he dedicated his life to law enforcement and to his country. Yet, the feds are now fighting tooth and nail to bury the full truth about the 2011 ambush by Los Zetas drug cartel thugs in Mexico that left him gravely wounded and his partner, special agent Jaime Zapata, dead.

This week, two of the Mexican gangsters convicted in the horror on Highway 57 between Mexico City and Monterrey were sentenced to double life terms in prison.

"HSI Special Agents Jaime Zapata and Victor Avila were in Mexico to protect and serve our country when they were ambushed by these ruthless criminals, who will now spend the rest of their lives in a prison cell," Acting Assistant Attorney General Blanco announced on Monday.

"This case serves as a reminder, that if you harm a U.S. agent, the U.S. government will pursue you to the ends of the earth to ensure that you are brought to justice." 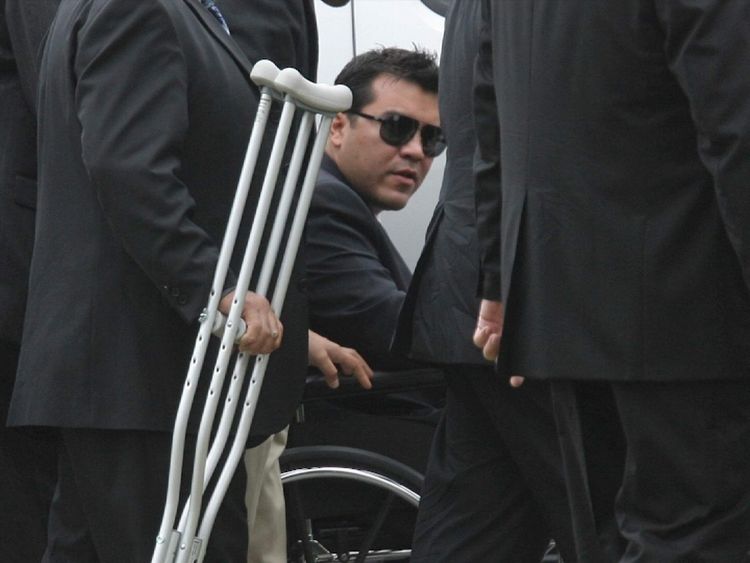 Five others received lesser sentences of 35, 34, 30, 28 and 12 years for murder and attempted murder, which Avila on Tuesday called a "complete and utter disappointment." As he described in his victim impact statement, "I was shot in three places and had shrapnel and glass imbedded in my body in too many places to count. Not only did I have to undergo multiple surgeries to remove the bullets and shrapnel and stitch together my shredded muscles and skin, but I also had to learn to walk again."

Avila's wife, who also worked for the government, lost her job. The ICE agent's health care costs and other bills related to the attack's aftermath piled up, leaving the family nearly $200,000 in debt and his wife and two children traumatized. "To this day, the government has not reimbursed my out-of-pocket expenses related to my work injuries," he told U.S. District Court Judge Royce Lamberth.

Another disgraceful indignity: This week, the feds refused to cover the Avilas' $3,000 in travel and lodging costs from Texas to D.C. for the sentencing hearing, but did provide humanitarian parole for several of the Zetas' family members from Mexico to attend the trial.

Even more disappointing, however, is the callousness of Beltway bureaucrats obstructing the Avilas' and Zapatas' search for answers. The families want to know who ordered the agents to travel through Zetas-infested territory unprotected to pick up equipment from another agent; why their superiors ignored a State Department security warning banning travel by U.S. personnel on Highway 57; and what the Obama administration hid as evidence mounted that the semi-automatic weapons ad handguns used in the ambush came from one of its botched gun-walking operations that echoed the infamous and deadly Operation Fast and Furious scheme.

"The significant importance here," Avila explained on an upcoming episode of my CRTV.com show, "Michelle Malkin Investigates," is that the Bureau of Alcohol, Tobacco, Firearms and Explosives "had identified the arms traffickers, had them under surveillance, and had the opportunity to arrest them months before, and did nothing. They still allowed these individuals ... the Osorio brothers, to continue trafficking in arms, and allowing the weapons to be walked south into Mexico. Once the weapons went south into Mexico, there is no trace of them. They were long gone. They were lost."

While the feds have paid lip service to Zapata's sacrifice and Avila's courage, their actions have administered a collective slap in the face. The families' public records requests have been stymied every step of the way. Not a single Justice Department official has been punished for President Obama's deadly gun-walking failures. Instead, Avila was ostracized, transferred against his will and issued a "3R" letter to "resign, retire or relocate."

As Avila's wife, Claudia, told my program: "He had to give up his passion ... he loved his job. And the government ended that. I think more than anything we feel betrayed. We feel like complete outcasts ... Very unfair. If you didn't know any better, you would think that Victor was this criminal person that did something very wrong in his line of duty and is being punished for it. I mean, we're outraged. We're very disheartened. The government has most definitely turned their back on us. And not only us but the Zapata family. I mean, they lost their son. They're still trying to find answers; they are overwhelmed.

Where is Congress? Where is President Trump? True justice for the Avila and Zapata families requires full accountability and real consequences—not just for the triggermen but for the crapweasels who enabled them.