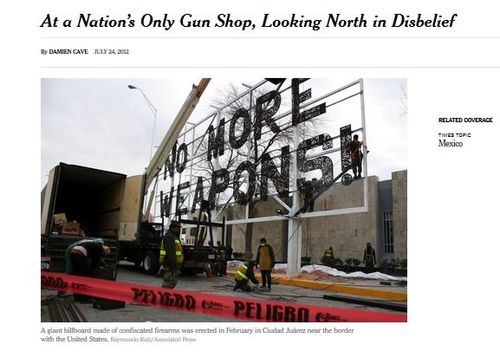 Immigration impacts every other political issue. And if mass immigration continues, Americans’ right to bear arms will be lost.

Mexico’s gun laws are far stricter than America’s. It’s not illegal to own one, but the government makes it difficult. Civilian gun ownership is under the authority of the military, it’s harder to obtain a gun, there’s a lot of paperwork and expense and there’s only one gun store in the entire country  [At a Nation’s Only Gun Shop, Looking North in Disbelief, by Damien Cave, New York Times, July 24, 2012].

It wasn’t always so. The Mexican Constitution of 1857 stated in Article X: “Every man has the right to possess and bear arms for his security and legitimate defense. The law will indicate which are prohibited and the penalty to be incurred by those who bear them.” [Translation]

The inhabitants of the United Mexican States (official name of Mexico) have the liberty to have weapons of any type, for their security and legitimate defense, with the exception of those [weapons] expressly prohibited by the law and those [weapons] reserved for the exclusive use of the Army, Navy and National Guard; but they cannot bear them [arms] in the cities without being subject to the police regulations. [My Translation] 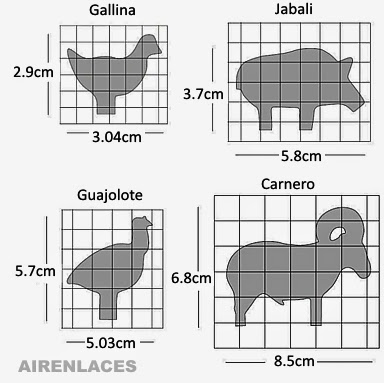 After the Mexican Revolution (1910-1920) and the Catholic Cristero rebellion (1926-1929) Mexico was generally peaceful throughout the twentieth century, and gun control wasn’t a big issue.

Possibly due to political violence in the 1960s (exemplified by the Tlatelolco Massacre of 1968) Article X of the Constitution was amended in 1971. This is the text the Article has today:

The inhabitants of the United Mexican States have the right to have arms in their home, for their security and legitimate defense, with the exception of those [weapons] prohibited by federal law and those [weapons] reserved for the exclusive use of the Army, Navy, Air Force and National Guard. Federal law will determine the cases, conditions, requirements and places in which inhabitants will be authorized to bear arms. [Translation]

What this 1971 amendment did was to separate two rights: 1) The right to own arms, and 2) the right to bear arms. Article X now says a Mexican has the right to own arms and keep them in this house, for “security and legitimate defense,” but the second right, to “bear arms,” is restricted by federal law.

The Mexican federal law referred to is the Ley Federal de Armas de Fuego y Explosivos (Federal Law of Firearms and Explosives). This code, last amended in 2015, specifies what the constitution means about what arms can and can’t be owned because their use is specifically reserved to the Mexican military.

As summarized by Wikipedia,

Under these two articles, private citizens are generally restricted to semi-automatic handguns or revolvers of a caliber no greater than .380 (for home defense), rifles no greater than .22, and shotguns no greater than 12 gauge (hunting and shooting when a member of a club). Anything bigger than those calibers is considered for exclusive use of the military and strictly forbidden for civilian possession, as defined by Article 11 of the Federal Law of Firearms and Explosives. Only citizens with collector permits may be authorized to possess firearms outside those permitted for civilian ownership.

The Federal Law of Firearms and Explosives also specifies that anybody who acquires a weapon must inform the Mexican Defense Department (Capítulo II, Articulo 17).

It also has rules for foreigners, who can bear arms if they are permanent residents or temporary visitors who go to Mexico to hunt (Capítulo III, Articulo 27) but you better make sure you do everything to the letter of the law, or you might end up in jail, as some Americans have.

There’s a whole section (Titulo Tercero) dealing with the manufacture, the sale, transport, storage, importation and exportation of arms.

There’s another whole section (Titulo Cuarto) dealing with the penalties for those who break these firearm laws.

As a result, Mexico has little gun violence, right?

Ahem, not exactly. As A.W.R. Hawkins over at Breitbart puts it,

...Mexico has all-out ban on complete categories of firearms, strict limitations on the number and caliber of legal arms citizens can own, comprehensive background checks, and further limits on firearm possession that are based on the declared purposes of the firearms. Yet much as the gun control experiment in Chicago has proven, the gun control schema in Mexico is correlating with rampant violent crime rather than a reduction in such crime. In fact, Mexico’s homicide rate is “more than five times higher” than the homicide rate in the U.S., where guns are easier to acquire and easier to carry daily for self-defense.

Yes, those statistics are from 2016, but in the first six months of 2017, killings in Mexico increased 30% (!) over the same period in the previous year.

Drug cartels have no problem amassing arsenals, whatever Mexican law says. And even ordinary Mexicans often have unregistered weapons, used both for protection or celebratory gunfire on January 1st. 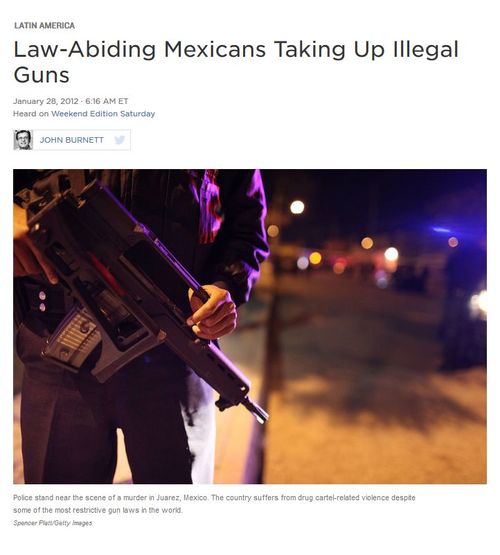 Despite the strict laws, there’s no large grassroots movement in Mexico to loosen gun laws, precisely because, as one of the few pro-gun activists put it, “anybody who wants a weapon in Mexico… has no problem getting one”. [Law-Abiding Mexicans Taking Up Illegal Guns, by John Burnett, NPR, January 28, 2012]

Mexico is, in a peculiar way, a libertarian society: It has many laws, but they are rarely followed. [Mexico shows that tight gun control laws don’t guarantee compliance, by J.D. Tuccille, Reason, December 11, 2012]

Mexico’s different approach wouldn’t be our problem, except for the huge growth of the Latino population in the U.S. Paradoxically, Latinos here overwhelmingly support gun control. But in America, it’s far more likely that any such laws will actually be enforced.

If the National Rifle Association really wanted to safeguard the Second Amendment, it should come out for an immigration shutdown.  Indeed, David Codrea at Ammoland recently blasted the way the NRA gives “A” grades” to those who vote “right” on guns but support liberal immigration policies which will make the Second Amendment inoperative: “Those who would ‘fundamentally transform America’ are counting on continued deliberate indifference from the gun owner rights advocacy community,” he writes [Changing Demographics Add Further Evidence of Greatest Threat to Gun Owner Rights, July 19, 2017].

Codrea is right. Do you want to protect the right to keep and bear arms in the U.S.? Then work to shut down immigration! Otherwise, you’re just wasting your time.