Washington D.C.’s American University is the latest institution of higher learning in hysterics because someone displayed some cotton [American University Finds Confederate Flag Signs Posted After Anti-Racist Presentation, by Chelsea Bailey, NBC, September 27, 2017] But it’s not the first this Outrage Season. There’s already been a Main Stream Media-created frenzy at Nashville TN’s Lipscomb University, over something even more trivial—a cotton centerpiece…and “Black Meals.”

The Churches Of Christ-affiliated liberal arts school, which has only about 4,500 students, is headed by one L. Randolph Lowry. Lowry claims to be “…one of the nation’s leading experts in the dispute resolution field…”, having been “featured in a variety of national media outlets including CNN, Bloomberg Businessweek, Huffington Post and Washington Monthly as a conflict management expert.”

But apparently Lowry [Email him] couldn’t manage this “conflict.”

President Lowry is a diversitarian, proud of how the minority share of the university’s student body has increased from 4% to 23% since he took over as president in 2005. It’s now 7% black and 7% Hispanic. Wow! 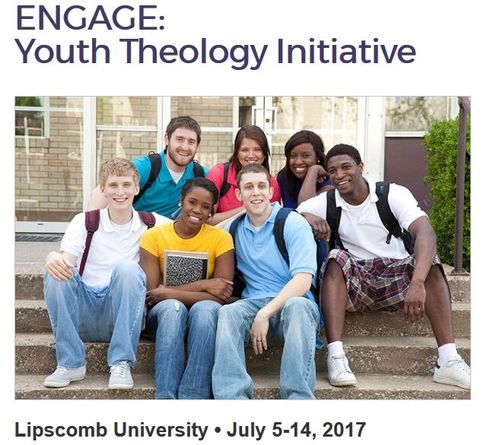 Just as in secular universities, Lipscomb has programs to promote diversity, including:

Lipscomb University was also an enthusiastic backer of the DACA Amnesty. Indeed, the same day President Trump announced the end of DACA, Lowry condemned the decision. “We are disappointed with the actions of the federal government today,” he moaned [Lipscomb University president releases statement about today’s DACA decision, by Kim Chaudoin, Lipscomb, September 5, 2017].

Of course, the school might well be profiting by having DACA students at the school. After all, it was one of the first universities in the area to “recruit and enroll” these invaders [Lipscomb president to meet with black students in wake of cotton stalk controversy, by Adam Tamburin and Jason Gonzalez, The Tennessean, September 18, 2017].

So as a part of Lowry’s multicultural kiss-up program, he decided to invite a group of Latino students to his house one night, and a group of African-American students the next night.

As it turned out, a scandal that made the national news.

The horrible injustice was leaked the outside world via social media. One of the guests, a Nakayla Yvonne, posted to her Instagram account a photo of the offending plant along with this message:

So I attend Lipscomb university and as most of you know that is a predominately [sic] white school. Tonight AFRICAN AMERICAN students were invited to have dinner with the president of the school. As we arrived to the president's home and proceeded to go in we seen cotton as the center pieces. We also stood and ate dinner, there were no seats to sit in and it felt very uncomfortable. [Unclear, but apparently a temporary seating problem]. We were very offended, and also the meals that were provided resembled many "black meals" they had mac n cheese, collard greens, corn bread etc….

I doubt these students had ever been forced to pick cotton. And is it so bad “black meals” were served? Isn’t it an attempt to honor their culture? I guess you just can’t win.

As for the cotton, one of the students asked President Lowry about it.  Nakayla screeches:

…the president was coming around and asking for our names and what our major was. He finally got to our table and my friend @kay_cyann asked why there was cotton on the table as the center piece. His response was that he didn't know, he seen it before we did, he kind of thought it was " fallish", THEN he said " it ISNT INHERENTLY BAD IF WERE ALL WEARING IT " then walked off.

Nakayla also made another horrific discovery, about the previous night’s Latino dinner….

The night before Latinos also had dinner at his house and they had tacos. They also DIDN'T have the center piece that we HAD tonight.

So the night before, the Latinos had Mexican food (including a fajita bar, sounds good to me). And there was no cotton centerpiece at the Latino dinner. The smoking gun!

By the afternoon of September 15th, President Lowry was aware that he had presided over a horrible injustice, and so he took to Facebook to do penance:

Several students shared with me their concern about the material used for centerpieces which contained stalks of cotton. The content of the centerpieces was offensive, and I could have handled the situation with more sensitivity. I sincerely apologize for the discomfort, anger or disappointment we caused and solicit your forgiveness.

But it wasn’t over. It’s not just that there was cotton on the table—the dinner served “black meals”.

So, a few days later, President Lowry apologized again, this time rambling about how “some want their comfort food and some want something completely different from their comfort food, and so when dealing, again, with a very diverse student body, it’s hard to please everyone.” But he does want everyone to know that “I’m very sorry if anyone was offended by that” [More Than Cotton: President who apologized for cotton centerpieces at event for black students now is sorry for a menu that many see as insensitive for being stereotypically black cuisine, by Rick Seitzer, Inside Higher Ed, September 19, 2017].

But it didn’t stop there either. Nakayla also complained that the students didn’t get to talk enough and that there was no money at Lipscomb specifically budgeted for black students.

This ridiculous incident is now a bona fide national scandal. And it will probably end with more handouts specifically for non-white students.

As multiculturalism becomes the be-all and end-all of America, we see and hear of more and more bizarre controversies over subjects which wouldn’t even have been noticed a generation ago. And such controversies are inevitable because of the contradictions inherent in multicultural dogma.

President Lowry was playing the multicultural game, priding himself on his outreach to minorities. But his efforts at “outreach” got him smeared as a racist. There’s absolutely no evidence he meant to offend anybody. But minority college students know they can extort material benefits and advantages if they can create a media scandal about how they got their feelings hurt.

You’re going to offend them even if you’re trying not to.

Especially if you’re trying not to.