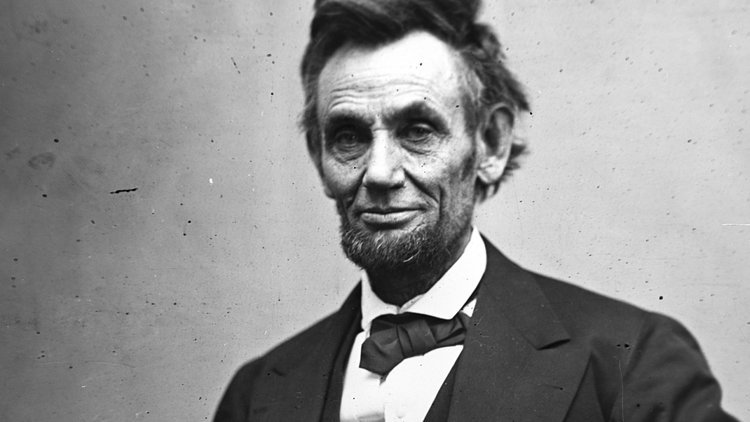 Lincoln And The War On Terror: A Conservative Reappraisal

Too many Americans are coming to accept that a successful war on terror requires a police state in whole or part.

For example, the Model State Emergency Health Powers Act would give state governors the power to order people from their homes and force them into quarantines, separate parents from children, impose price controls and rationing, and confiscate guns and other property.

Supposedly, this is to protect us from germ warfare, but herding people into confined spaces is the best way to spread disease.

The Emergency Health Powers Act is sponsored by the federal agency, Centers for Disease Control. According to Phyllis Schlafly (www.eagleforum.org), the bill, conveying dictatorial powers upon governors, is already moving through state legislatures.

We are in far more danger from the belief that the ends justify the means than we are from terrorists. Fortunately, in our time of need Loyola College Professor Thomas J. DiLorenzo has stepped forward with a blockbuster of a book, "The Real Lincoln," just released by Prima Publishing. Read it and regain perspective.

Lincoln believed that his ends justified his means. He used war to destroy the U.S. Constitution in order to establish a powerful central government.

Lincoln assumed dictatorial military powers. He used them to suppress all Northern opposition to his illegal and unconstitutional acts.

Lincoln violated every constitutionally guaranteed civil right. He ignored rulings hand-delivered to him by U.S. Supreme Court Justice Roger Taney ordering Lincoln to respect and faithfully execute the laws of the United States and to protect civil rights.

Lincoln replied by suspending habeas corpus, by instituting a secret police, and by arbitrarily arresting without warrants or due process thousands of leading citizens of Northern cities, state legislators, U.S. Congressmen, newspaper owners and editors, ministers, bankers, policemen—literally everyone who expressed the slightest reservation about Lincoln's aims and means or who was anonymously denounced by a rival or envious neighbor.

In the thoroughness with which Lincoln suppressed dissent, he prefigured 20th century totalitarians.

Lincoln's "train of abuses" far exceeded those that provoked our Founding Fathers to declare independence from Britain.

In conducting the war, Lincoln encouraged his generals to violate international law, the U.S. Military Code, and the moral prohibition against waging war on civilians. Lincoln urged his generals to conduct total war against the Southern civilian population, to slaughter them with bombardments, to burn their homes, barns and towns, to use rape as a weapon of war, to destroy foodstuffs, and to leave women, children and the elderly in the cold of winter without shelter or a scrap of food.

In order to carry out Lincoln's wishes, a new kind of soldier was needed. General Sherman filled his regiments with big city criminals and foreigners fresh from the jails of Europe. The war against the Southern civilian population was fought with the immigrant soldier.

Professor DiLorenzo writes that had the South won the war, there is no doubt that Lincoln and his generals, Grant, Sherman and Sheridan, would have been hung as war criminals under the Geneva Convention of 1863.

Lincoln was an American Pol Pot, except worse. Pol Pot's barbarism was justified by the Marxian doctrine of class genocide to which he adhered. Lincoln's barbarism was prohibited by the morality of his time and the U.S. Constitution, yet neither deterred him.

Professor DiLorenzo's greatest contribution is to show the real reasons for which Lincoln went to war. Abolishing slavery was not one of them. Lincoln was determined to destroy the Southern states in order to remove the constraints that Southern senators and congressmen, standing in the Jeffersonian tradition, placed in the way of centralized federal power, high tariffs, and subsidies to Northern industries.

Lincoln lusted after Empire. The juggernaut he put in place exterminated the Plains Indians with the same ferocity with which Southern towns and cities were sacked and pillaged. Far from "saving the union," Lincoln utterly destroyed the union achieved by the Founding Fathers and the U.S. Constitution.

So little is left of accountable government that the war on terror could very easily bring down the remaining timbers of a once great house. Conservatives should rethink their enthusiasm for the police state methods of the war on terror while there is still time.

Paul Craig Roberts is the author of The Tyranny of Good Intentions : How Prosecutors and Bureaucrats Are Trampling the Constitution in the Name of Justice.