At least Justin Bieber is eye candy without the heartburn. Justin Trudeau, on the other hand, is the twinkly-eyed boy toy who makes informed adults wanna hurl.

For more than a year, the liberal Canadian prime minister enjoyed drool-stained global press coverage as the "hot hipster" and "dreamy sex symbol" with great hair and a tribal Haida tattoo. He basked in Ryan Gosling-esque memes about his commitment to feminism and touched off "Trudeau-mania" with a series of shirtless selfies and photobombs. 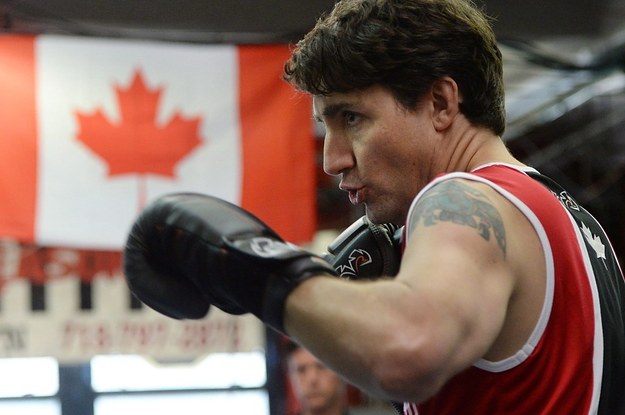 But this weekend, the sane world saw the baby-faced Commie apologist for the naked twit he truly is.

Mourning the death of repressive dictator Fidel Castro, Trudeau hailed his longtime family friend as a "larger than life leader" who "served his people for almost half a century." Actually, El Comandante ruled with an iron fist and firing squads—serving himself to all of the island's land, private businesses and media, along with his own private yacht, private island, 20 homes, fleet of Mercedes limos and bevy of mistresses. 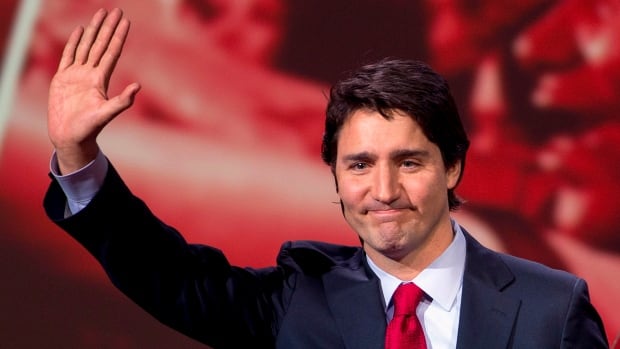 Trudeau's ridiculous mash note to the "legendary revolutionary and orator" caused the social media backlash of the year. The hashtag #TrudeauEulogies erupted to mock Trudeau's soft-soaping of tyranny.

"As we mourn Emperor Caligula, let us always remember his steadfast devotion to Senate reform," one Twitter user jibed in Trudeau-speak. "Although flawed Hitler was a vegetarian who loved animals, was a contributor to the arts & proud advocate for Germany," another joked. "Kim Jong Il will always be remembered fondly for his leadership and contributions on climate change," another chimed in.

Stung, the Canadian tundra hunk's office announced Monday that he will not attend services for his beloved Uncle Fidel, who had served as a pallbearer at his former Canadian PM father's funeral. But if Trudeau thinks the damage to his celebrity brand is temporary, he has another think coming.

Our neighbors to the north are now discovering what disillusioned Barack Obama worshipers realized too late: Beneath the shiny packaging of supermodel progressivism lies the same old decrepit culture of corruption.

Political watchdogs have been buzzing about Trudeau's shady fundraising ties to Chinese communist moguls. Like Obama, Trudeau promised unprecedented transparency in government—"sunny ways" that would shed open light on how the Liberal Party was conducting the people's business. Dudley Do-Right's party declared there would be "no preferential access, or appearance of preferential access" in exchange for campaign cash and purported to ban favor-seekers with direct business before the government from attending political fundraisers.

Behind closed doors, however, Trudeau was selling out to wealthy Chinese-Canadians and Chinese nationals seeking government green lights for their business deals. According to his conservative critics, Trudeau and the Liberal Party have held 80 such cash-for-access fundraisers crawling with lobbyists and access traders over the past year. 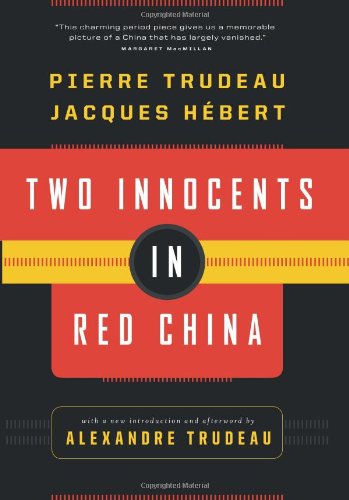 The Globe and Mail newspaper revealed last week that Trudeau and his Liberal Party fundraisers had secretly organized one tony $1,500-per-head private residential gala in May attended by Chinese billionaires and bankers gunning for federal approval of projects. Echoing the operations of the Clinton Foundation pay-for-play money machine, the nonprofit Trudeau Foundation and the University of Montreal raked in $1 million from a wealthy Chinese businessman a few weeks after the fundraiser. The donation includes funding for a statue of Pierre Trudeau, who once wrote a book hailing Chairman Mao.