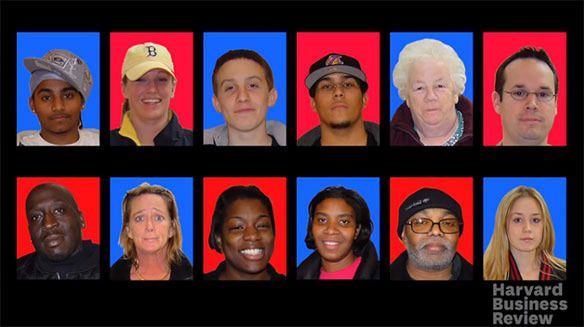 Robert VerBruggen’s piece “The Stigma of Racism” at RealClearPolicy.com has been widely noted on the race-realist websites, mainly for purposes of mockery.

The topic of the piece is a study conducted by a Harvard professor on people’s willingness to admit having noticed race. The setup for the study is: By asking “Is the person black?” Y could eliminate half the faces right away. However, most Ys did not ask this question, nor mention race at all, especially when X was black.

Yet that majority of Ys who did not mention race were more likely to be perceived as racist by X—more likely, that is, than the minority who did mention race. [The Costs of Racial “Color Blindness”, by Michael I. Norton and Evan P. Apfelbaum, Harvard Business Review, July-August 2013]

So far, so good, although nothing very surprising. As VerBruggen says:

But he then goes on to tell us that this is a jolly good thing:

Going from Jim Crow to white people who refuse to utter the words “Is the person black?”—often categorically, but frequently in deference to a nearby person of color [sic]—in 50 years is a remarkable accomplishment for the civil-rights movement, both as a social force and as a driver of government policy.

As I said, the piece drew some mocking responses. The Countenance blog was particularly scathing:

So, a knave who . . . praises as “a remarkable accomplishment for the civil rights movement” the fact that we have gone “from Jim Crow to white people refusing to utter the words” is all of a sudden upset when white people self-censor and engage in informal affirmative action.

AmRen posted an edited version of VerBruggen’s piece which generated a long comment thread. Several commenters stated the obvious thing: that the “remarkable accomplishment for the civil rights movement” that VerBruggen [Twitter] rhapsodizes over consists in having instilled justified fear in nonblacks—the fear that they will lose their jobs if they venture outside the narrow bounds of approved discourse by so much as a millimeter.

By that criterion, the greatest social “accomplishments” of the 20th century were those of Stalin, Mao Tse-tung, Kim Il Sung, and Pol Pot.

Chuck at glpiggy.net noted the piece but eschewed mockery, only adding an anecdote of his own.

I was in 4th grade—9 or 10 years old. I was asked to explain latitude, as in the east-west running lines on a map or globe. I tiptoed around the best explanation I’d heard up to that point which was that latitude rhymes with fatitude and the latitude lines at the equator on a map look like the waist line of a fat person. But I avoided saying ‘fat’ because there were some chubby kids in my class. So I stammered around and made up some other explanation.

It’s a nice anecdote, but not really relevant. Pointing out a fat person’s fatness might hurt his feelings, a thing polite people are naturally reluctant to do.

I have childhood memories—no doubt we all do—of being scolded by parents for staring at people who were hunchbacked, birthmarked, one-armed, or physically abnormal in some other way. “It’s not polite. He can’t help it . . .”

I can’t see how this relates to blackness, though. A hunched back, a birthmark, or a missing arm are all pitiable conditions. So, at a slight stretch, is obesity. What’s pitiable about being black?

I’m assuming that Robert VerBruggen has left National Review, where we used to meet around the editorial table on alternate Mondays. (He hasn’t posted there since June, and his byline says he’s “editor of RealClearPolicy.”) I have retained no very strong memory of him, but that’s no reflection on his character. He was a rather quiet and unassuming person, and my memory isn’t very good.

I do vaguely recall thinking that VerBruggen was sound on Second Amendment issues, but unsound—from the point of view of a traditionalist conservative—on others. A couple of data points:

VerBruggen was profoundly shocked. Plainly my dart had landed well wide of his personal Overton Window. I can’t remember what he said, but I remember the tone of muted outrage in which he said it. The tone expressed something like: I have never in my life heard anyone say anything so shockingly disgraceful.

Knowing how race-whipped National Review is, I strove to present the issue in terms that would be acceptable to them, as a matter of free speech.

My efforts were in vain. When the diary appeared on NRO’s website, that segment had been excised.

Whether VerBruggen dropped the segment on his own initiative, or whether he sought a ruling from further up the NRO chain of command, I don’t know. 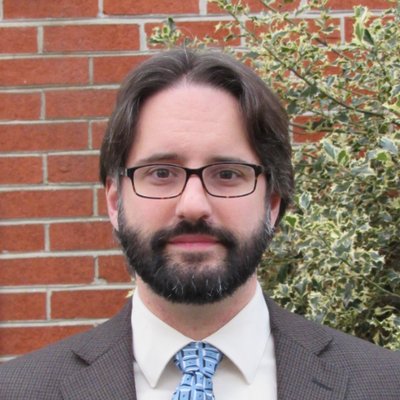 Reading VerBruggen’s piece, and the race-realist responses to it, my first thought was that the gulf here is generational. VerBruggen (pictured right) is a young fellow—hardly more than thirty, I would guess. If that’s right, his key educational experiences were in the 1990s, when Cultural Marxism was settling on the U.S. educational system like poisonous ash from a volcanic eruption.

My own kids, born 1993 and 1995, were only a few years behind that, and I saw how intensely they were schooled to pretend not to notice race.

I recall one dinner-time conversation when my daughter was in high school. Mrs. Derbyshire mentioned some family we knew very slightly—call them the Blanks—whose son had been accepted into Columbia University.

I can’t honestly remember whether she left the table in disgust, but she was in a mood to. You’re not supposed to notice.

To a person of my generation and background, such things are interesting features of the social landscape, with no particular emotional coloring. They’re Jewish . . . He’s black . . . She’s a lesbian . . . That kid’s adopted . . . Sam should really lose some weight . . .

These are things we notice about persons, and bring up in conversation, without any intent to commit violence against those persons, nor even to strip them of their civil rights!

To most people of less than middle age, however, there is something morally suspect about noticing any person’s racial, sexual, ancestral, or physical characteristics other than the most innocuous. The minefield begins somewhere not far beyond: “He’s pretty tall.”

These exquisite sensitivities seeped down from the media and educational systems across the closing decades of the last century. Twenty years ago they had still not infected many ordinary citizens. I told the following story in Chapter 6 of my worldwide bestseller We Are Doomed:

I came home from work on the Long Island Railroad one day in December, 1993. My train was right behind the one in which Colin Ferguson went berserk and shot 25 people. We were held up for a long time, and there were no cell phones. My poor wife was at home, watching news of the shooting on TV. For all she knew, I might have been among the dead. Kind neighbors came round to keep her company. Telling me about it afterwards, she remarked: “They kept saying the same thing: ‘It must be a black guy. If it was a white guy, they would have told us . . .’”

I don’t think so many people would say nowadays what my neighbors said in 1993. The indoctrination is now more nearly complete.  We love Big Brother.

Robert VerBruggen sure does.

The campaign to stigmatize anti-black racism—the most corrosive force in this country’s history—has been remarkably successful. In fact, while we love to talk about this or that as “the last acceptable prejudice,” it would be more accurate to say that racism and sexism are the only prejudices that are thoroughly unacceptable.

The definitions of “racism” and “sexism” VerBruggen has in mind there are presumably the ones in current use, the first as defined by Ed West in the book I noted here:

Today the term racism has come to mean almost any recognition of race . . . and of difference (or average differences) between groups.

Suppose for example I say the following thing:

Among European whites, the portion that is dumb, feckless, anti-social, and inclined to violence—call them the DFASIVs—is 10-15 percent. This is small enough that the rest can “carry” the DFASIVs, given a modest collective investment in social welfare, law enforcement, and feelgood make-work.

Among blacks, the DFASIV portion is much larger, 40-50 percent. The good news there is that most blacks—50-60 percent—can function perfectly well as useful, law-abiding citizens of a stable nation. The bad news is that the DFASIV portion is too big for the majority to “carry.” That’s why all-black polities are failures.

I guess I just committed an act of “anti-black racism,” even though my negativity is aimed at only a minority of blacks (along with a minority of whites). I guess my utterance needs to be “stigmatized.”

But what if the thing I just said is true, as I believe to be the case? If there actually are average differences between inbred human groups of different deep ancestry, then what has been stigmatized by that “campaign” VerBruggen applauds are true facts about the world.

And of course there are such differences. It would be biologically astounding if there weren’t. Those differences are the origin of species. Thus a truth has been stigmatized and a lie permitted to prevail; and Robert VerBruggen is fine with that.

There you see the poisonous, suffocating effects of all that volcano ash. Noticing things is basic to intelligent thought. If you school yourself not to notice things, you become stupid.

Worse yet: If you school yourself to pretend not to notice things, while some lower region of your brain none the less does notice them, and acts on its noticing, then you are not merely stupid, you are a stupid hypocrite.

For a look at one aspect of the stupid hypocrisy into which the Western world has sunk, I commend to your attention the brilliant historical survey of residential segregation at Those Who Can See, posted a few days ago.

These are the depths we have sunk to, even the intelligent among us. Moral preening and wishful thinking are celebrated; true and obvious facts are stigmatized. Out of petty fears we enstupidate ourselves; for social applause and careerist opportunities, we become liars and hypocrites; and Robert VerBruggen is fine with it all.

“Seest thou a man wise in his own conceit? There is more hope of a fool than of him.”