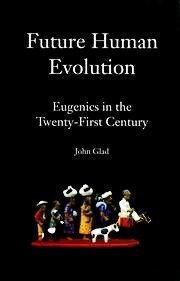 The contradiction between the vigorous, unapologetic ethnonationalism of Jews in Israel and the horror of other peoples’ ethnonationalism expressed by Jews elsewhere has been a recurrent topic here on VDARE.com—see, most recently, Is Immigration Really A ‘Jewish Value’? by Kevin MacDonald.

I think this contradiction is not hard to understand. If you are the ethnic majority in a nation, it is natural to wish to maintain the dominance of your ethny; if you belong to a minority ethny, especially one with as sorrowful a history as the Jews, it is just as natural to be hostile to the dominance of any other.

But these simple truths need restating, because the very peculiar cultural history of the Western world through the past few decades, leading to the widespread state of mind among whites that I call ethnomasochism, has made them nonobvious.

Since the 1960s, a prominent group of Jewish public intellectuals has been systematically and unscrupulously campaigning to discredit eugenics—but, in a great paradox, other Jewish intellectuals, and Zionists, have been actively interested in eugenic principles, both historically and currently, to secure the posterity—health and wellbeing—of Jews. Collectively, it amounts to a case of Do As I Say—Not As I Do. ‘Do As I Say’: The Paradox Of Eugenics And The Jews.”

Sterling was summarizing the thesis of a book: Jewish Eugenics, by John Glad.

Glad is a retired Professor of Russian Studies with a distinguished career as a scholar and author. He describes himself in the preface to Jewish Eugenics as “a dyed-in-the-wool universalist” with a long-standing, but not racially-oriented, interest in eugenics.

The main text of Jewish Eugenics—ignoring the bibliography, indices, and front matter—covers 377 pages. It has its origin in an earlier and much shorter book, Future Human Evolution: Eugenics in the Twenty-First Century (2006), which has a mere 111 pages of text.

That earlier, shorter book is the one I’ve just been reading, so this column is a companion to Cooper Sterling’s 2011 review of Jewish Eugenics. Both books, Future Human Evolution and Jewish Eugenics, are available in printed-and-bound format or as free downloads from John Glad’s website.

Future Human Evolution is, as its subtitle tells you, about eugenics in all generality. Only seven of its pages (35-6 and 83-7) are concerned with the Jews, so in writing the later book, Glad expanded that particular topic an impressive 54 times.

Needless to say, in the intellectual culture of the world today, “eugenics” is a scare word, at the sound of which goodthinkful persons are supposed to jump up on chairs, shriek, and clutch their skirts. I admire John Glad for approaching his subject matter calmly and without apology.

He works hard to point out that the obloquy that attaches to eugenics is mostly undeserved. Almost everyone who has supported eugenics since Sir Francis Galton coined the word in 1883 has done so for humane reasons, from an earnest desire to improve the lives of our posterity by doing gently what Nature does harshly. In Galton’s actual words, which Glad quotes:

What nature does blindly, slowly and ruthlessly, man may do providently, quickly, and kindly. As it lies within his power, so it becomes his duty to work in that direction. [Eugenics: Its Definition, Scope, And Aims, The American Journal Of Sociology, July, 1904]

The association of eugenics with Hitlerism is much overblown. Glad conducts an interesting historiographical experiment. From a university library he selects 100 books that are (a) concerned with the Weimar and Nazi periods, and (b) have topic indices. (Some books only index names.) Only four of the books mention eugenics, and those cursorily.

Glad urges the reader to try this experiment for himself, and lists his 100 books in an appendix. One of them is Mein Kampf, which has no index entries for “eugenics.” Certainly Hitler knew about eugenics; but so did every other educated person in the early twentieth century. He saw it as fitting comfortably into his world-view; but so did a great many other people of widely different—mostly Leftist—inclinations.

The involuntary sterilization law passed by the German parliament in 1933 is generally cited as a milestone in the advance of Nazi eugenics. But it was drafted before Hitler came to power—and, far from being eugenic in intent, it was mainly seen as a cheap alternative to welfare dependency. Most of the pre-Hitler enthusiasm for eugenics in Germany came from people Hitler detested: communists, anarchists, socialists, and social democrats.

The association of eugenics with early twentieth-century leftism—with social democracy in Europe, Fabian socialism in Britain, Progressivism in the U.S.A.—has not gone unnoticed by present-day conservative commentators. Indeed, they have built up a minor cottage industry from it. My former National Review colleague Jonah Goldberg got a whole chapter out of it for his 2007 book Liberal Fascism. Chapter title: “Liberal Racism: The Eugenic Ghost in the Fascist Machine.”

This argument from eugenics to fascism actually takes some work, given that Hitler was hardly more of a eugenicist than his ideological enemies. And, indeed, the connection did not “take” in conventional intellectual culture until long after WW2. Glad:

Eugenics survived even the embrace of Nazi Germany, and in 1963 the Ciba Foundation convened a conference in London under the title “Man and his Future,” at which three distinguished biologists and Nobel Prize laureates (Hermann Muller, Joshua Lederberg, and Francis Crick) all spoke strongly in its favor.

But the great turn against eugenics came soon afterwards, with the dogmatic race-denialism of the U.S. Civil Rights campaign, New Left romanticization of the Third World, and the Holocaust memorial movement that followed the Six Day War of 1967.

For all their scientific ignorance and hypocrisy about race, however, Goldberg et al. do have one point about pre-WW2 eugenics: it was a social-engineering project offensive to the sensibilities of leave-us-alone conservatives like me.

John Glad is scientifically better-informed. He frankly acknowledges race differences, as any honest writer at this point must:

We should all be able to agree that intergroup differences are a scientific, not a moral, question.

Nor does he shy away from the consequences:

History clearly demonstrates that social harmony is especially difficult to achieve in the face of diversity, whether religious, linguistic, or ethnic … When two or more ethnoses [sic] are clearly distinguishable from one another, the situation is fraught with even great stress.

He is even receptive to the topics dealt with in Nicholas Wade’s forthcoming book:

The genetic bases of social and political structures constitute a topic that even bolder sociologists and political scientists have been leery of raising for two-thirds of a century. It is a taboo which grossly distorts our understanding of ourselves.

And there are some encouraging on-topic asides:

On the immigration front, the importation of low-IQ groups to perform unskilled labor at low wages must be recognized as a threat to the host population’s long-term viability.

As far as the eugenics argument is concerned, [intergroup differences] are irrelevant in the most fundamental fashion … Each group contains a vast pool of talented individuals to draw upon in parenting future generations.

Huh? What if group A has a vaster pool of talented individuals than group B? If intergroup differences make social harmony “especially difficult,” wouldn’t you want to factor them in to your eugenics program?

In the matter of interventionist social policies, Glad is at one with the Progressive eugenicists of a hundred years ago:

Forced sterilizations of persons with genetically predetermined low IQ and major genetic illnesses should be reinstituted. This is an unpopular statement but it has to be said.

Where abortion is concerned, he is ahead of them:

Abortion should be actively promoted, since it often serves as the last and even only resort for low-IQ mothers who fail to practice contraception.

On polygamy he is way ahead of them:

Polygamy should be universally decriminalized. The legal enforcement of monogamy is a dysgenic intrusion into personal freedom.

(But the way marriage laws appear to be headed, our author should soon have his way on that point at least.)

While I appreciate John Glad’s refreshingly non-hysterical approach to his main topic, and his realism about genetics and group differences, time and again when reading Future Human Evolution I got a whiff of utopian leftism and breezy love-the-world environmental flapdoodle:

The eugenics movement advocates a universalism that encompasses all humanity while recognizing the continuity of our species with all other species on this planet.

At one point Glad actually does promise utopia:

[Eugenicists] maintain that we can either work with nature and achieve utopia, or we can in our greed reject reform and perish.

I agree with John Glad that the West is currently on a dysgenic path, and that for the sake of our posterity we should change some of our social policies—certainly including our immigration policies.

I agree, too, that interested parties have imposed a grossly distorted view of 20th-century intellectual history in matters of race and eugenics. And yes, that “paradox”:

In the words of a researcher at Ben-Gurion University: “Eugenic thinking is alive and well [in Israel] today” … There are now more fertility clinics there per capita than in any other country in the world (four times the number per capita in the United States). Abortion is subsidized if the fetus is suspected to be physically or mentally malformed.

Nor do I doubt that as our understanding of human genetics advances, consumer eugenics—embryo selection, eventually germ-line therapy, perhaps even cloning—will blossom, to the advantage of society.

Nevertheless…I still don’t think I’m ready to sign up for the full eugenics deal, with polygamy and forced sterilizations.

No, of course eugenics is not fascism. And yes, of course we need to get people thinking in a serious, well-informed way about dysgenic trends.

Utopia-wise, I’ll stick with the devil I know.

John Derbyshire [email him] writes an incredible amount on all sorts of subjects for all kinds of outlets. (This no longer includes National Review, whose editors had some kind of tantrum and fired him. ) He is the author of We Are Doomed: Reclaiming Conservative Pessimism and several other books. His most recent book, published by VDARE.com com is FROM THE DISSIDENT RIGHT (also available in Kindle).His writings are archived at JohnDerbyshire.com. Readers who wish to donate (tax deductible) funds specifically earmarked for John Derbyshire's writings at VDARE.com can do so here.