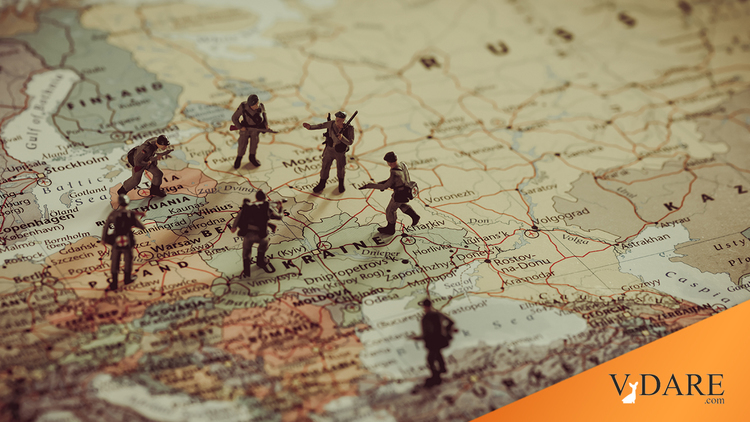 Is Obama Wrong on Ukraine? 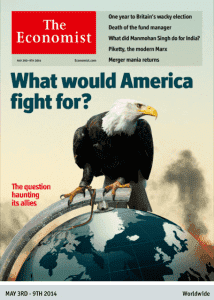 "What Would America Fight For?"

That question shouts from the cover of this week's Economist. It is, asserts the magazine, "the question haunting its allies."

While most agree that America would fight to defend her treaty allies and to protect vital interests if imperiled, the question is raised by President Obama's reticence in Crimea, Ukraine and Syria.

Asked in Manila how he answers critics who say his foreign policy appears to be one of "weakness," the president, stung, replied:

"Typically, criticism of our foreign policy has been directed at the failure to use military force. And the question ... I would have is, why is it that everybody is so eager to use military force after we've just gone through a decade of war at enormous costs to our troops and to our budget?

"[M]ost of the foreign policy commentators that have questioned our policies would go headlong into a bunch of military adventures that the American people had no interest in participating in and would not advance our core security interests.

"[M]any who were proponents of ... a disastrous decision to go into Iraq haven't really learned the lesson of the last decade, and they keep on just playing the same note over and over again."

One senator Obama surely had in mind was Lindsey Graham who told "Face the Nation" this weekend, "I would sanction the energy economy of Russia, the banking sector of Russia, and try to drive the Russian economy into the ground."

But if you sanction her energy sector, Russia might retaliate by cutting off gas to Europe and Ukraine, causing a recession in the EU and a collapse in Kiev, requiring a massive bailout.

Some of those billions in U.S., EU and IMF aid to Ukraine might have to be redirected to Vladimir Putin to keep the Ukrainians from freezing to death next winter.

Lest we forget, the International Monetary Fund ranks Russia as the 8th largest economy while the World Bank ranks Russia No. 5.

And would driving "the Russian economy into the ground" cause the Russian people to rise up and overthrow Putin? Did such sanctions produce regime change in Cuba, North Korea or Iran?

Was Ronald Reagan a wimp for not imposing sanctions on Warsaw when Solidarity was crushed? Or was he a wise president who knew America would ultimately prevail in the Cold War?

But Sen. Graham was only warming up, "I would help arm the Ukrainian people ... so they could defend themselves."

The Wall Street Journal echoed Graham: "Defensive but lethal weapons for Ukraine—anti-tank mines or artillery, modern guns—would raise the cost and risk of this intervention."

Yes, they would, and they would also increase the casualties on both sides. But would it affect the outcome of a Ukraine-Russia war?

Another question arises: Would U.S. military transports landing in Kiev, with U.S. troops unloading mortars, mines and artillery pieces, be more likely to frighten Putin into paralysis, or provoke him into seizing Eastern Ukraine before the U.S. could make a NATO ally of Kiev?

Another question: Is it moral to send weapons to friends to encourage them to fight and die in a war we know they cannot win?

It is something of a paradox that while most Americans want us to stay out of Syria—"somebody else's civil war," said Obama—and out of Crimea and Ukraine, Obama, who has done as the people wished, is regarded as weak in foreign policy.

Still, one wonders why the Graham-McCain Republicans continue to push a reluctant president to get more militarily involved in Ukraine.

For it is almost an ironclad formula for failure to be led into a faraway war by a president who does not want to fight, and who leads a nation whose people do not want to be involved.

Undeniably, Sens. Graham and John McCain speak for a goodly slice of the Beltway elite that believes the Iraq war was the right thing to do and that now wants to confront Russia, overthrow Bashir al Assad, and bomb Iran if she does not give up uranium enrichment.

Yet most Americans want no part of this agenda.

Among the winning arguments Obama had in 2012 was that he wanted America to do her nation-building right here at home.

Yet, as the run up to 2016 nears, Hillary Clinton is not only more hawkish than Obama. She is more hawkish than her potential GOP rivals. Yet, other than Rand Paul, there appears to be no one in the Republican field who does not subscribe to the McCain-Graham line.

No wonder the neocons are already piling on the junior Senator from Kentucky.