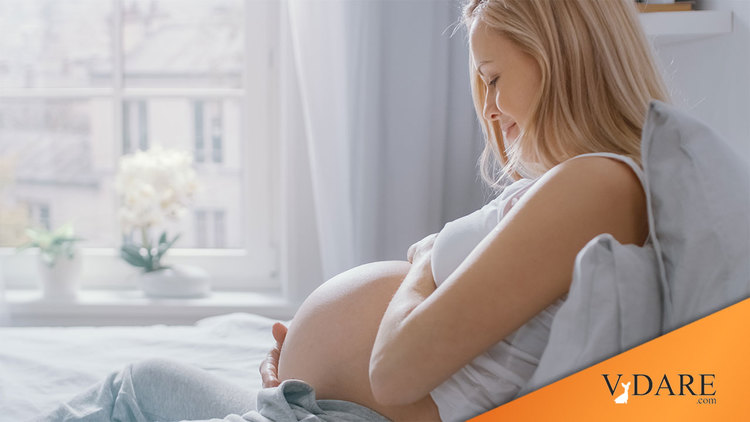 Immigration And The Pro-Life Movement

When Tom Tancredo first ran for president, the American Spectator's anonymous "Prowler" blog wrote: "It's not clear Tancredo is in line with the mainstream, social conservative wing of the GOP he seeks to align himself with." [Tancredo's Dubious Allies, By The Prowler on 1.16.07 @ 12:08AM]

This statement should have raised the eyebrows of any objective observer of American politics. Tancredo has 100% rating from National Right to Life and the American Family Association. But that didn't matter to "The Prowler" because

"According to campaign finance reports, one of Tancredo's biggest financial backers has been the family of Dr. John Tanton, the founder of the Federation for American Immigration Reform (FAIR). Wall Street Journal editorial-page features writer Jason Riley  [send him mail] wrote a devastating piece about the organization back in 2004, in which the group's pro-abortion and pro-eugenics roots were revealed."[See WSJ smears; VDARE.COM cleans up, for the "devastating piece" and the answers to its charges.]

Tanton and many other immigration reform patriots are motivated in part by concerns about overpopulation. And some of them do believe that birth control, and even in some cases abortion, could complement immigration reduction to reach that goal.

The extent to which Tanton supports abortion, let alone eugenics, as well as how influential he is in the patriotic immigration reform movement, has been wildly exaggerated. But for the sake of argument, let's assume it's all true.

So what? A vast number of small government supporters are pro-choice libertarians who see "government in your bedroom" just as bad as "government in your pocketbook". One of the Libertarian Party's slogans is "pro-choice on everything". But for some reason I have yet to hear the American Spectator or any other conservative voice claim that the hidden agenda behind tax cuts is abortion.

More than most issues, immigration control draws supporters from across the political spectrum. Some are pro-choice, but many leaders like Tancredo, Phyllis Schlafly, Pat Buchanan, and Michelle Malkin are strongly pro-life.

Nonetheless, this smear has been sadly successful. Back in 1996, with the assistance of Grover Norquist and Jack Abramoff, Christian Coalition Leader Ralph Reed helped kill the Jordan Commission recommendations by convincing many conservative congressmen that it was "anti-family".

Norquist and other open-borders conservatives still continue to play this gambit. I recently saw a prominent open-borders "conservative" debate immigration at an off-the-record meeting of Christian Right leaders. This man has virtually no pro-life credentials. He has argued that the GOP should abandon its opposition to homosexual marriage and that Muslim Fundamentalists were natural allies to the Religious Right. Yet he suddenly became teary-eyed as he accused immigration patriots of being secretly motivated by evil population controllers; and managed to change the conversation to China's one-child policy, at which point the crowd erupted in applause.

That being said, it is silly to dismiss concerns with  overpopulation as being necessarily pro-abortion.

One of the bêtes noires of the pro-growth, pro-life types is Thomas Malthus whose An Essay on the Principle of Population is considered one of the first major works in favor of population control. For example, the Concerned Women for America's "History of Abortion" page names Malthus as laying "the foundations for the 20th century" abortion movement.

A quick reality check: Far from being a secular liberal, Malthus was a Christian clergyman who urged sexual restraint rather than contraception, much less abortion, as a means for population control.

Pro-lifers are divided on the issue of contraception, but a large number have no objection; and there is no reason why that cannot be used to limit population absent abortion. And even if one is against contraception, there are other ways that married couples can reduce the chance of having children. (I will spare the reader the details.)

When God told Noah "be fruitful and multiply" there were (at least if you take the bible literally) eight people on earth—no—not over 6 billion. (If you are not a biblical literalist, then the world population at the time of the flood was estimated at only 14 million people.) Either way, mankind has done its share of multiplying since then. Conservatism is about limits. The idea that the world can sustain tens of billions of people is hubris at its very worst.

I'm sure some will say there is still a biblical mandate to have as many children as possible, and I will not dispute their interpretation of the scripture. That's fine—but it does not follow that all children in the world must reside in the United States.

The late environmentalist and immigration restrictionist Garett Hardin always emphasized that overpopulation was a local, not a global problem. Virtually all the population growth in the US is the result of post-1965 immigrants and their children. Thus, Robert Locke has noted on VDARE.COM that reducing population growth in the US through immigration restriction eases the problem that some would suggest should then be settled through abortion.

With all this said, Western birthrates are below replacement and the Third World reproducing rapidly both inside and outside our country. Therefore, I am all for the pro-natalist policies for the majority population industrialized countries. But that does not mean that unlimited population growth is a concern that should be ignored.

Of course there are other reasons why pro-lifers should oppose immigration. Despite the unthinking rhetoric about "Hispanic Family Values", Latinos are 2.7 times more likely to have an abortion than whites. They also vote overwhelmingly for pro-choice Democrats.

But when I mentioned this to a young pro-life advocate, she responded "that type of eugenic thinking leads to abortions."

The more the pro-life movement allows itself to be manipulated by pro-growth and multicultural fanatics who really care nothing about abortion, the less likely anything will be done to stop the million-plus abortions occurring in the US every year.