Only one presidential candidate has wielded the sledgehammer of government against personal enemies.

Only one presidential candidate has exploited a spouse's public office to exact revenge on political dissenters.

Only one presidential candidate has a quarter-century track record of taxpayer-subsidized demagoguery and class warfare. 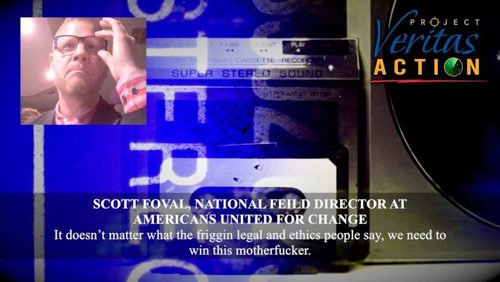 And as the most recent undercover investigation by James O'Keefe's Project Veritas revealed this past week, only one presidential candidate has been directly linked to a scheme to foment chaos and violence at her opponent's rallies.

Ignore the kindly grandma with the "Stronger Together" backdrop warbling about her happy family and singing the praises of diversity and inclusion. Look beyond the carefully manufactured semblance of bipartisanship and moderation.

Hillary Clinton isn't just a nasty woman. She's a ruthless hatemonger devoted wholly to two corrupt pursuits while on the federal teat: tearing down and cashing in.

To clueless millennials, "bimbo eruptions" might sound like a Trumpism. But it was vintage Team Hillary's misogynistic moniker for horndog Slick Willie.

Respect for women? This is the snarling elitist who attacked Gennifer Flowers, a paramour of her cheating husband, as a "failed cabaret singer" whom she would verbally "crucify" if she had the chance. 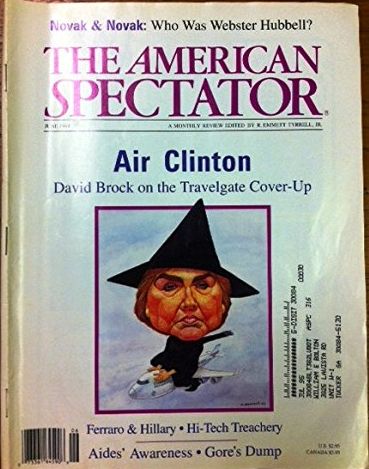 Just how vindictive can Crooked Grandma be? Ask the people who know her best. David Watkins, a former top administrative aide from Arkansas in the Clinton administration, laid out the then-first lady's central role in the crony-motivated White House travel office firings.

The Clinton's old pal, Hollywood producer Harry Thomason, had pushed for wholesale dismissal of travel office staff in favor of their connected friends.

"We both know that there would be hell to pay," Watkins informed Chief of Staff Thomas McLarty if "we failed to take swift and decisive action in conformity with the First Lady's wishes."

Indeed, Hill unleashed hell. Watkins was sacked under the guise of punishment for using a government helicopter as transportation to a golfing event—something that's a privilege for presidents, not peons.

He was far from alone. Bill and Hill's IRS (two for the price of one, don't forget) targeted conservative think tanks and nonprofits. Bill and Hill's FBI improperly and illegally accessed the files of countless citizens who inconveniently ruined the Clinton narrative.

And the woman who just weeks ago mauled millions of Trump supporters nationwide as "irredeemable" and "deplorable" is a pro at sweeping demonizations.

Remember: She made a name for herself attacking life-saving drug companies as greedy profiteers in the 1990s, even as she and her husband raked in their campaign donations.

The two-faced, split-tongued politician who mocked Trump for calling out America's rigged system came to power decrying the "vast right-wing conspiracy" to deflect from that blue dress her husband stained. She's a menace to alternate media, to entrepreneurs, to honest, hard-working people, to the rule of law, public safety and national security.

When you tune out the manufactured noise and distractions, when you ignore the media squirrels and engineered scuffles, when you rip up the gender card and contemplate nearly 25 years of the politics of personal destruction and private enrichment—not to mention the standalone disqualifying scandals of Benghazi, Emailgate and the WikiLeaks disclosures—the choice should not be difficult.

You can take a gamble on the imperfect businessman who has never held public office. Or you can go with the guaranteed continuation of Hillary Clinton's entrenched climate of hate and culture of corruption. Left, right or center, if you are opposed to Clintonian history repeating itself, you'll take your chances with Trump. I am.