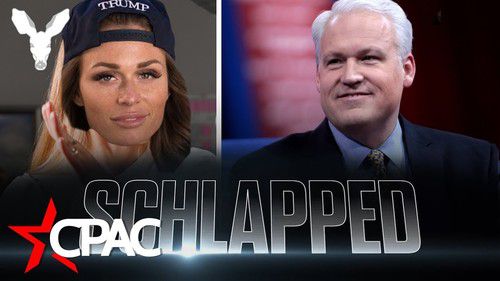 It’s time to make Matt and Mercedes Schlapp household names in America. Matt Schlapp is the Chairman of the American Conservative Union.) His wife, Mercedes Schlapp, Director of Communication for the President of the United States. And it would seem they are both bent on subverting the America First message from immigration patriotism into something that looks a lot like open borders neo-conservatism.

Matt Schlapp’s ACU was the host of CPAC, the Conservative Political Action Conference, an annual convention which this year decided to ignore immigration and ban right wing media like VDARE’S   Peter Brimelow and Faith Goldy, alongside   Laura Loomer, and   ‘America First  host Nick Fuentes. Schlapp’s decision to ice the America First crowd out of of CPAC didn’t go unnoticed online or the media.

It’s time for the Schlapps's donors to take a back seat and let Trump's voters take the wheel. It’s time for Trump to show #NOMERCY to the enemies within.