Editor Peter Brimelow Thanks Readers For Their Help In VDARE.com’s (Belated) Spring Fundraising Campaign—UPDATE: WE MADE IT! 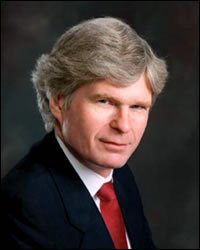 On Tuesday night, we stayed up very late at VDARE.com posting our Washington Watcher’s commentary on Dr. Dave Brat’s astounding GOP primary victory over House Majority Leader Eric Cantor—the best electoral news the patriotic immigration reform movement has had for many years EVER!

Some Inside-The-Beltway organizations also stayed up late. But they were preparing the fund-raising appeals that I got in my email inbox Wednesday—even though they had nothing to do with Dr. Brat’s victory!

Perhaps because I missed this apparent opportunity—or perhaps (our advisers say) because I had expressed relief that we were within $3,000 of our $30,000 target—our fundraising drive promptly stalled again.

Most of our donors give online. But it’s possible we may make it up as checks snail in.

And I don’t regret spending Tuesday night the way we did. VDARE.com is committed to ideas—and Dr. Brat’s victory proves that, in the end, ideas matter more than campaign contributions.

I’d rather they have the money than a lot of politicians I could name.

Speaking of which, like many others I am fascinated by the revelation that the Cantor campaign spent $168,000 on meals in steakhouses—more that the Brat campaign’s entire budget. And about a third of VDARE.com’s annual expenditures.

They weren’t even steakhouses in Cantor’s district—they were in Washington D.C.

I really believe that this campaign consultant curse is a bubble. It will burst soon.

Campaigns will become cheaper. Ideas will be recognized as more important.

One of those ideas: patriotic immigration reform—to begin with, an immigration moratorium—is essential for the survival of America.

Meanwhile, I really want to thank all VDARE.com readers who have contributed (especially the thirteen donors who gave in the last two days—you know who you are!).

I sincerely believe that your donations are dramatically leveraged in terms of impact on public debate.

I absolutely know that they are the acts of patriots.

And (our advisors hate this sort of soft sell) if anyone reading this feels moved to get us to that $30,000 target,

WE MADE IT, AND I AM GRATEFUL.