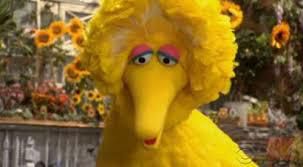 Mitt Romney sure ruffled a lot of feathers over his proposal to eliminate taxpayer funding for government-sponsored TV. As soon as the GOP presidential candidate singled out PBS for cuts during the presidential debate in Denver, the hysterical squawking commenced.

Social media activists called for a Million Muppet March on the National Mall to "show your support for Big Bird, Muppets, PBS and all that is good." The grammar-challenged operatives of George Soros-funded Media Matters for America lectured "right-wing media" to be "more concerned with Americans having jobs insteading (sic) of obsessing whether or not Big Bird has one."

Indignant PBS, which employs not-so-neutral debate moderator Jim Lehrer, issued a statement decrying Romney's failure to "understand the value the American people place on public broadcasting and the outstanding return on investment the system delivers to our nation." And President Obama, awakened from his beatdown-induced stupor, scurried the next morning to the safe confines of a campaign rally to mock Romney for "getting tough on Big Bird."

The kiddie character kerfuffle is a manufactured flap that may play well to liberals in Hollywood and Washington. But beyond the borders of La-La Land, desperate Democrats who cling childishly to archaic federal subsidies look like cartoonish buffoons. Let's face it: The Save Big Bird brigade is comically out of touch with 21st-century realities.

In 1967, when Congress passed the Public Broadcasting Act, family options for quality children's programming were severely limited. More than four decades later, there's a vibrant marketplace for educational broadcasting — on radio, TV and the Internet — that teems with furry friends and information-packed shows.

PBS speaks of itself with cultish self-reverence: "For more than 40 years," the government network chastised Romney, "Big Bird has embodied the public broadcasting mission — harnessing the power of media for the good of every citizen, regardless of where they live or their ability to pay. Our system serves as a universally accessible resource for education, history, science, arts and civil discourse."

In reality, of course, PBS affiliates have become increasingly corporatized. As GOP Sen. Jim DeMint noted last year, franchises like Sesame Street "are multimillion-dollar enterprises capable of thriving in the private market. According to the 990 tax form all nonprofits are required to file, Sesame Workshop President and CEO Gary Knell received $956,513 — nearly a million dollars — in compensation in 2008. And, from 2003 to 2006, 'Sesame Street' made more than $211 million from toy and consumer product sales."

Sesame Street has also become increasingly politicized. Under the Obama administration, Elmo has lobbied for the FCC's national broadband plan and the first lady's Big Nanny nutrition bill. Investigative journalist James O'Keefe caught former NPR exec Ron Schiller on tape trashing the Tea Party as "racist" and "Islamophobic." And the official PBS Twitter account sent a special shout-out to radical leftist group Move On last year for leading the government media rescue charge. Moreover, as I've previously reported, NPR and PBS have no problem raising money from corporations and left-wing philanthropists, including billionaire George Soros, whose Open Society Institute gave $1.8 million to pay for at least 100 journalists at NPR member radio stations in all 50 states over the next three years.

President Obama sneered at Romney for daring to mention PBS subsidies in the context of deficit reduction. But Obama's own Bowles-Simpson deficit reduction commission singled out Corporation for Public Broadcasting spending. "The current CPB funding level is the highest it has ever been," the panel noted after Obama proposed hiking yearly appropriations to $450 million in 2012. Doing away with the appropriation would save nearly $500 million in 2015 alone. Over 10 years, those savings would total $5 billion (or roughly 10 Solyndras). In these tough times, that's more than chump change and child's play.