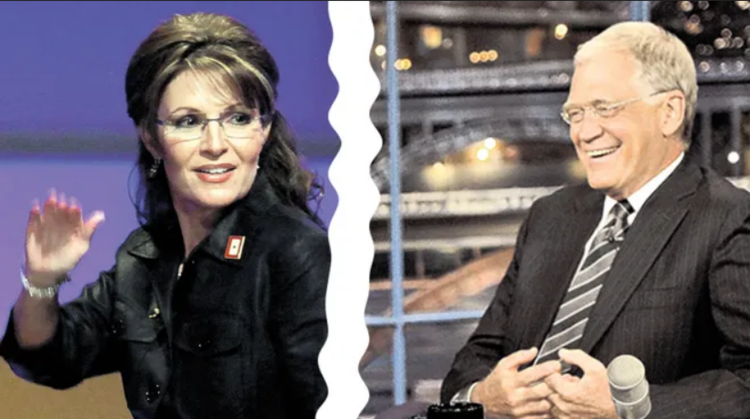 Will you teach your son to talk about women and girls the way you talk about Sarah Palin and her daughters?

You joked on national television about Palin's teenage daughter "getting knocked up" by professional baseball player Alex Rodriguez or solicited by the prostitute-addicted former New York Attorney General Eliot Spitzer because it's acceptable in your social and professional circles to sneer at the children of politicians you despise.

You admitted that your attacks on Palin's family were in "poor taste," but cackled while acknowledging your sophomoric judgment.

You expressed moral indignation at being misconstrued, yet you purposely omitted the name of the daughter you were mocking.

Fourteen-year-old Willow Palin was the daughter who accompanied Gov. Palin on her trip this week, not 18-year-old Bristol Palin, whom you now claim was the target of your feckless smear—a smear you still insist is perfectly defensible. Look at yourself, Dave. Look at how lame your excuse-making was on your Wednesday night show:

Tell us, great comic genius, how tacking on four years to the target daughter makes it funny? We unenlightened dim bulbs who live outside of Manhattan's boundaries don't get the joke.

Will you be able to explain it to your son?

Face it: David Letterman, late-night entertainer turned partisan hack and hit man, has a deranged obsession with Palin and her family that has crossed into rank bigotry and hatred. If the CBS network cares about basic standards of decency on public airwaves and if it cares at all about bolstering its shrinking audience, the network honchos will get Letterman a therapist pronto.

Over the past year, Letterman has displayed his sexist, elitist stripes in jibe after jibe aimed at Palin. Taken cumulatively, Letterman's mockery is about much more than expressing contempt for the popular GOP governor. It's a handy device to deride a broad class of working-class and middle-class women he holds in contempt:

"You know, she reminds me, she looks like the flight attendant who won't give you a second can of Pepsi. No, you've had enough. We're landing. Looks like the waitress at the coffee shop who draws a little smiley face on your check. Have a nice day."

In November 2008, Letterman told tanking CBS News anchor Katie Couric that he was "aroused" by Palin. In March 2009, Letterman attacked Bristol and snickered about her being "knocked up" again.

Letterman reminds me of the lecher at the school bus stop. Or the aging creep lurking in the dirty magazine section at the 7-Eleven. Attention, CBS: Get him help now.