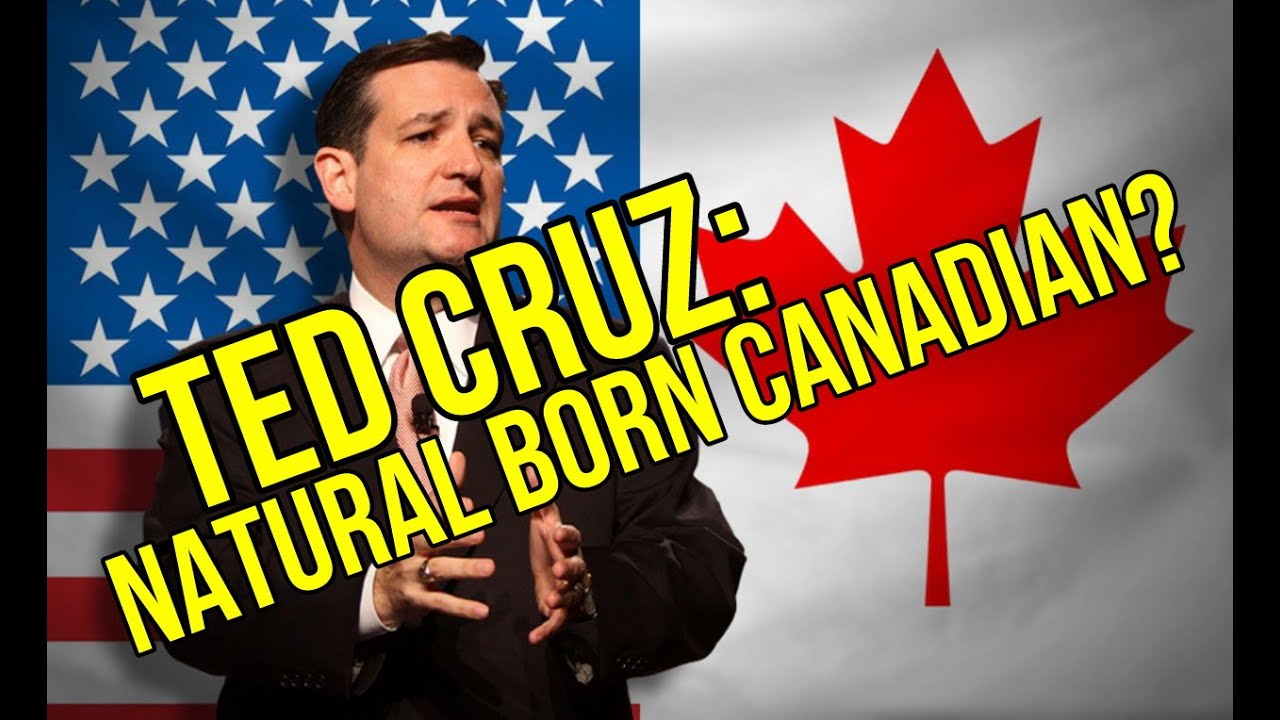 If Ted Cruz is a "natural born citizen," eligible to be president, what was all the fuss about Obama being born in Kenya? No one disputed that Obama's mother was a U.S. Citizen.

Cruz was born in Canada to an American citizen mother and an alien father. If he's eligible to be president, then so was Obama—even if he'd been born in Kenya.

As with most constitutional arguments, whether or not Cruz is a "natural born citizen" under the Constitution apparently comes down to whether you support Cruz for president. (Or, for liberals, whether you think U.S. citizenship is a worthless thing that ought to be extended to every person on the planet.)

Forgetting how corrupt constitutional analysis had become, I briefly believed lawyers who assured me that Cruz was a “natural born citizen,” eligible to run for president, and “corrected” myself in a single tweet three years ago. That tweet’s made quite a stir!

I said so long before Trump declared for president, back when Cruz was still my guy—as lovingly captured on tape last April by the Obama birthers (www.birtherreport.com/2015/04/shocker-anti-birther-ann-coulter-goes.html).

The Constitution says: "No Person except a natural born Citizen, or a Citizen of the United States, at the time of the Adoption of this Constitution, shall be eligible to the Office of President."

The phrase "natural born" is a legal term of art that goes back to Calvin's Case, in the British Court of Common Pleas, reported in 1608 by Lord Coke. The question before the court was whether Calvin—a Scot—could own land in England, a right permitted only to English subjects.

It was the king on whose soil he was born and to whom he owed his allegiance—not his Scottish blood—that determined his rights.

Not everyone born on the king's soil would be "natural born." Calvin's Case expressly notes that the children of aliens who were not obedient to the king could never be "natural" subjects, despite being "born upon his soil." (Sorry, anchor babies.) However, they still qualified for food stamps, Section 8 housing and Medicaid.

Relying on English common law for the meaning of "natural born," the U.S. Supreme Court has repeatedly held that "the acquisition of citizenship by being born abroad of American parents" was left to Congress "in the exercise of the power conferred by the Constitution to establish an uniform rule of naturalization." (U.S. v. Wong Kim Ark (1898); Rogers v. Bellei (1971); Zivotofsky v. Kerry (2015), Justice Thomas, concurring.)

A child born to American parents outside of U.S. territory may be a citizen the moment he is born—but only by "naturalization," i.e., by laws passed by Congress. If Congress has to write a law to make you a citizen, you're not "natural born."

Because Cruz's citizenship comes from the law, not the Constitution, as late as 1934, he would not have had "any conceivable claim to United States citizenship. For more than a century and a half, no statute was of assistance. Maternal citizenship afforded no benefit"—as the Supreme Court put it in Rogers v. Bellei (1971).

That would make no sense if Cruz were a "natural born citizen" under the Constitution. But as the Bellei Court said: "Persons not born in the United States acquire citizenship by birth only as provided by Acts of Congress." (There's an exception for the children of ambassadors, but Cruz wasn't that.)

So Cruz was born a citizen—under our naturalization laws—but is not a "natural born citizen"—under our Constitution.

I keep reading the arguments in favor of Cruz being a "natural born citizen," but don't see any history, any Blackstone Commentaries, any common law or Supreme Court cases.

One frequently cited article in the Harvard Law Review cites the fact that the "U.S. Senate unanimously agreed that Senator McCain was eligible for the presidency."

Sen. McCain probably was natural born—but only because he was born on a U.S. military base to a four-star admiral in the U.S. Navy, and thus is analogous to the ambassador's child described in Calvin's Case. (Sorry, McCain haters—oh wait! That's me!)

But a Senate resolution—even one passed "unanimously"!—is utterly irrelevant. As Justice Antonin Scalia has said, the court's job is to ascertain "objective law," not determine "some kind of social consensus," which I believe is the job of the judges on American Idol. (On the other hand, if Congress has the power to define constitutional terms, how about a resolution declaring that The New York Times is not "speech"?)

Mostly, the Cruz partisans confuse being born a citizen with being a "natural born citizen." This is constitutional illiteracy. "Natural born" is a legal term of art. A retired judge who plays a lot of tennis is an active judge, but not an "active judge" in legal terminology.

Except the problem is, neither that Congress, nor any Congress for the next 200 years or so, actually treated them like natural born citizens.

As the Supreme Court said in Bellei, a case about the citizenship of a man born in Italy to a native-born American mother and an Italian father: "It is evident that Congress felt itself possessed of the power to grant citizenship to the foreign born and at the same time to impose qualifications and conditions for that citizenship."

The most plausible interpretation of the 1790 statute is that Congress was saying the rights of naturalized citizens born abroad are the same as the rights of the natural born—except the part about not being natural born.

Does that sound odd? It happens to be exactly what the Supreme Court said in Schneider v. Rusk (1964): "We start from the premise that the rights of citizenship of the native born and of the naturalized person are of the same dignity, and are coextensive. The only difference drawn by the Constitution is that only the 'natural born' citizen is eligible to be president. (Article II, Section 1)"

Unless we're all Ruth Bader Ginsburg now, and interpret the Constitution to mean whatever we want it to mean, Cruz is not a "natural born citizen."

Take it like a man, Ted—and maybe President Trump will make you attorney general.