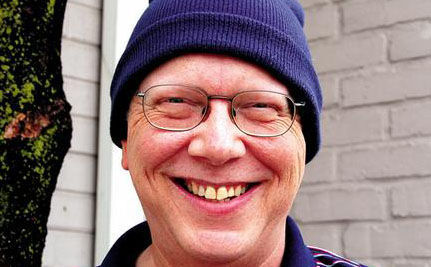 Census Worker's Death A Suicide—Not "Hate". Where Are The MSM Apologies?

[Previously by Robert de Brus: A Newsman's Thoughts On The Buffalo Beheading And Other Atrocities]

So it turns out that Bill Sparkman, the Census Bureau worker found hanged in the Daniel Boone National Forest in Kentucky, committed suicide as part of an insurance scam to help his son.

That's the official judgment of the authorities. It raises the question of whether all the moonbats who blamed Sparkman's "murder" on the "climate of fear" and "anti-government hate" spread by the "right-wing noise machine" will apologize for jumping to conclusions.

Recall the scene: Sparkman's naked corpse was found in Kentucky, hanging by the neck with his government ID badge pasted to his forehead and the word "Fed" scrawled on his chest.

The Nutocrats quickly began their work. ABC News wondered, rather tamely, whether Sparkman was a "a victim of anti-government rage" or an "anti-government hate crime". Some of us didn't know the law recognized "anti-government hate crimes", as Diane Sawyer termed it, but in any event, CBS chimed in with this headline: "Terror in Kentucky: Census Worker's Murder/Body Found Naked, Hanging From Tree in Cemetery; Had Been Gagged, Duct Taped, 'Fed' Scrawled on Chest." [September 26, 2009]

The story didn't jump to any conclusions, but you got the idea from the headline, which was so unlike the headlines we saw when Major Nidal Hasan, a real terrorist, really killed people because of his hatred for this country, its government and soldiers.

"It's To Kill a Mockingbird meets Mr. Smith Goes to Washington meets The Turner Diaries, the anti-Semitic screed which begat the Oklahoma City bombing. It is easy to see how the dastardly crime against Sparkman has the potential to explode into an enormously important political and legal story about the documented rise in extremism in America. And at the same time, sadly, it's not hard to understand why the relentless media drumbeat which always seems to accompany high-profile murders — Annie Le, Chandra Levy, and JonBenet Ramsey— is absent here.

"In spite of the initial reports, let's hope then that the Sparkman murder turns out to be a random act of violence, or at least one having nothing to do with rampant anti-government violence. Because the alternative would mean not only that dark forces indeed have been unleashed in America but that we cannot necessarily trust our best news organizations to tell us in a timely fashion that this is so."[Kentucky Census Bureau Worker Death: Murder Most Foul, September 28, 2009]

Not to be outdone, one of the usual suspects over at Daily Kos contributed this:

"The real murderers of this man are the Glenn Beck's, and Rush Limbaugh's, and Michele Bachmann's [apostrophes in original] who have spread the deadly poison of hate and fear of our government and the Obama administration across the land. And Bachman should be front and center as the most culpable because she is supposedly an elected member of Congress who has sworn to uphold the Constitution and the laws of this land. But instead, she has rallied the gullible and the ignorant in a war against the government and more to the point against the census process as being symbolic of the evil government's infringement on our 'God-given' rights."

And here is Andrew Sullivan, the professional homosexual who writes the "Daily Dish" blog for The Atlantic:

"But the most worrying possibility—that this is Southern populist terrorism, whipped up by the GOP and its Fox and talk radio cohorts—remains real. We'll see."[No Suicide]

Over at The Huffington Post, someone you've never heard of named Allison Kilkenny was more measured than Cohen and the Daily Kos contributor, but the meme was the same—with the added bonus of her claiming that the murder was directed at The Messiah:

"Setting aside the fact that this would be the mother of all bizarre suicides, [assistant director of the Census Bureau's southern office Linda Scurry-Johnson] seems oddly confident that this was not a political killing, considering the word 'Fed'— short for 'Federal' — is a loaded label that usually indicates anti-government sentiment. 'Federal' means 'Big Government', and the word has taken on a derogatory meaning in right-wing circles where fear and paranoia reign supreme. I agree with Johnson that this seems like an apparent homicide, but it's not "nothing else". By utilizing the branding "Fed," the killers were clearly trying to make a political statement, namely 'Obama: Stay Out.'

"The word definitely packs an ideological punch, but not only is it anti-government, it's anti-Obama. Let's remember that most of the fringe now screaming about the dangers of Big Brother never made a peep [Vdare.com note: Ha!] during eight years of Bush's ballooning executive branch. Suddenly, big government is a big problem, and the 'Feds' are to blame."[ Discussion Of Dead Census Worker Highlights Right-Wing [!]Paranoia, September 24, 2009]

Actually, big government is a big problem, and the Feds are to blame for this country's woes, not least of which are two unwinnable wars, a collapsed dollar, deficits and debt zooming to the outer reaches of the cosmos, and a campaign to alter the ethnic and cultural composition of the country against the will of the people who make most of the money and pay most of the taxes.

So Sparkman's death wasn't "the most important murder in America this year" and was, indeed, "the mother of all suicides".

Robert de Brus [Email him] is a newspaper editor somewhere in America.