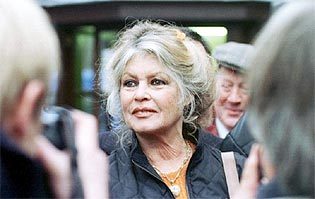 Brigitte Bardot's Cry In The Silence 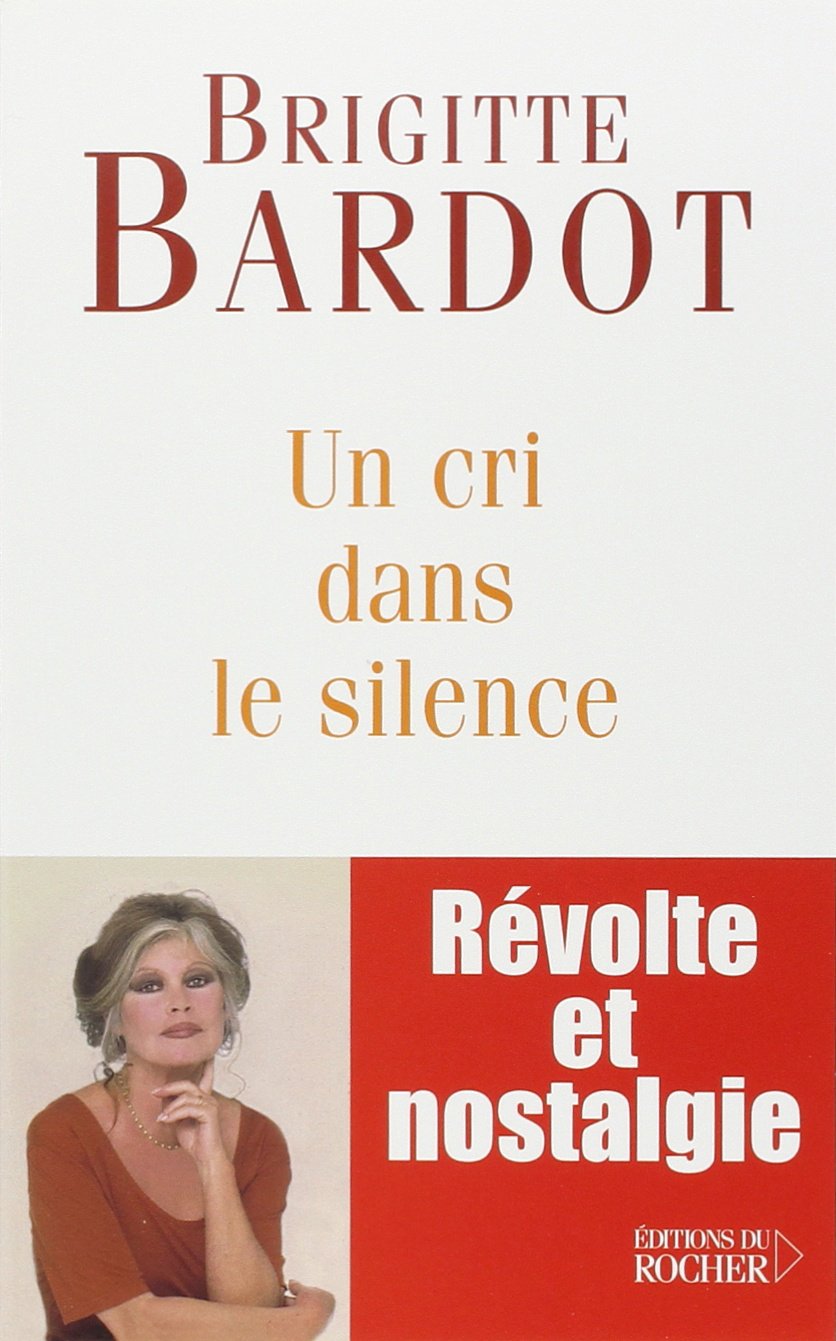 In her recent book, A Cry in the Silence (Un cri dans le silence), sixties screen siren turned animal rights activist Brigitte Bardot complains of the gay rights movement, inveighs against the "Islamicization of France", and warns of the consequences of unrestrained immigration.

Now she's getting sued for it.

As a reader-reviewer at Amazon.fr put it, echoing an official communiqué of the Movement Against Racism and For Friendship Between Peoples (MRAP), one of two groups presently bringing Bardot up on charges of "incitement to racial hatred":

"B. Bardot's book should not be sold on Amazon even in the name of free speech because it is, as those who have read it know, nothing less than an incitement to racial hatred."

France's mainstream press has been no more generous. "Brigitte Bardot: A Friend of Animals, An Enemy of Man," ran the headline accompanying Le Monde's sneering review. The book's "racist and homophobic undertones," tersely noted the French literary magazine Lire, "will seriously damage her image." The British press was no better: "An astonishing right-wing rant at the expense of almost anyone [sic] still living in France," wrote The Guardian's Gwladys Fouché.

It would certainly be difficult to defend A Cry in the Silence on its literary merits. Each chapter is organized around a simple juxtaposition: pastoral scenes from Bardot's life among the animals—at some point in the early seventies, Bardot decided to give up acting in favor of animal rights—and whatever contemporary social problem she chooses to discuss in that chapter.

All those purple sunsets and furry friends have a point, of course, but they make a strange contrast with the two paragraph critiques of, say, French public education or domestic partnership legislation that otherwise supply the meat of her chapters.

The controversy attending the book's publication, however, turns on an entirely different category of offense.

In a handful of brief and relatively sober passages, Bardot worries over the character and consequences of the last generation of immigration to France (as for the charge of "homophobia": some of Bardot's best friends are gay but one shouldn't make a principle of it.)

Bardot objects to aid being extended to illegal immigrants when so many French citizens are in need. She rails against the much-heralded new age of cultural métissage (what will soon no doubt be called the "browning of France") which the most Americanized elements of Paris' left elite have recently taken to peddling.

And she condemns—understandably, I should think, in light of her animal rights activism—the illegal ritual slaughter of sheep that accompanies the Muslim festival of Eid.

Most generally, Bardot worries that the last generation of immigration will prove to have been nothing short of a disaster for the French nation:

"Over the last twenty years, we have given in to a subterranean, dangerous, and uncontrolled infiltration, which not only resists adjusting to our laws and customs but which will, as the years pass, attempt to impose its own."

In a country whose badly alienated and increasingly restive Muslim population is said to be at around ten percent of the national total and growing fast, this does not strike me as an unreasonable fear—much less a legally actionable one.

But it has all happened before. Shortly after September 11, I.E. 9/11 French novelist Michel Houellebecq was also brought up on charges of "incitement to racial hatred"—this time for certain provocative remarks concerning Islam made by the author in the course of an interview about his novel, Platform.

Houellebecq was eventually acquitted. But with the Bardot affair, it should now be clear to everyone writing in France that there's only one way to talk about immigration.

That's too bad. The question of immigration, though crucial to understanding almost every contemporary French social problem, is shrouded in a strange silence. If there's anything scandalous here, it's that discussion of the issue, though vital to the national future, should be left to one-off provocateurs like Houellebecq and embittered ex-centerfolds like Bardot.

The same holds true in the world of French politics. In the first round of presidential voting last April, the National Front's Jean-Marie Le Pen—an improbable figure who advocates, in addition to putting a stop to contemporary immigration, ending divorce, abortion, and France's relationship with the European Union—beat out Socialist Party candidate Lionel Jospin for second place. This "strange defeat" was no accident: in a race that featured fourteen different parties, Le Pen was alone in advocating strong measures to combat France's run-away immigration.

Brigitte Bardot has written a fairly silly book. But it deserves to be remaindered, not prosecuted.

Contemporary French political discourse being what it is, Bardot instead found herself on the best-seller list—and facing criminal prosecution.

She was right about one thing: when it comes to the question of contemporary immigration, "human cowardice knows no limits."

David Orland [email him], a columnist for www.boundless.org, lives in France.