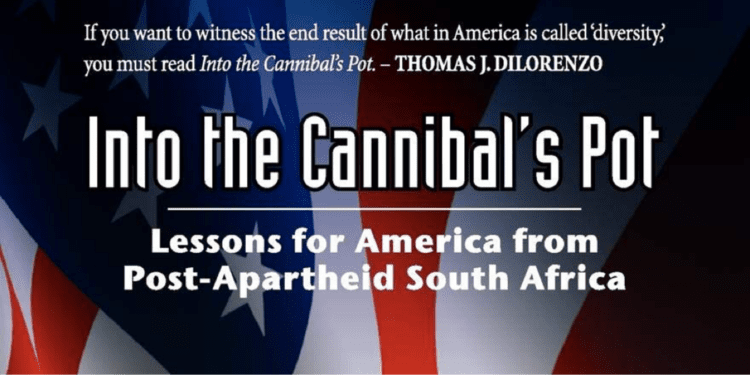 Fourteen years and approximately 300,000 murders after black rule devastated my homeland, the New York Times is shocked to discover that South Africa is fast disappearing down the same hole into which Rhodesia, rest in peace, was dropped. [Post-Apartheid South Africa has entered an Anxious Era, by Barry Bearak , October 5, 2008)

I guess some latitude is in order. It took decades and piles of dead bodies before Robert Mugabe lost luster in the eyes of the American MainStream Media [MSM]. By the time the megalomaniac Mugabe was conferred with honorary doctorates (1984 and 1986) and a knighthood (1994), he had already done his "best" work: slaughter an estimated 20,000 innocent Ndebele in Matabeleland (1983), with whose leader, Joshua Nkomo, he refused to share power.

Soon the sainted Nelson Mandela was released from jail. (I was on Cape Town's Parade on that day; it was a riot, literally.) Madiba's posse—the African National Congress [ANC]—were now the West's new pet revolutionaries, and their next best hope for an African Renaissance.

Sideshow Bob Mugabe's epic villainy to date was, evidently, nothing but a detail of history. An anomaly in the annals of Africa south of the Sahara. There were no lessons to be learned relevant to averting the destruction of another—this time the last—western outpost in Africa.

These days the NYT agonizes over the "regicide" "the governing African National Congress" committed by "deposing one of its own, President Thabo Mbeki, and replacing him with a stand-in for Mr. Mbeki's archrival, Jacob Zuma."

The ANC may have behaved abruptly compared to the gentlemanly manner in which the Afrikaner National Party ceded power to it. "Surrender without defeat" is how (liberal) historian Hermann Giliomee termed that extraordinary leap of faith. The same people, in the same spirit, peacefully dismantled the six nuclear devices they had built at Pelindaba. (My good friend Afrikaner intellectual Dan Roodt analyses that magnanimity in his closely-argued, deliciously titled, "You Can't Have Your Banana and Eat It.")

But otherwise, the ANCniks are living up to their reputation—and that of all other strongmen in strife-torn sub-Saharan Africa.

The NYT's  Bearak calls Jacob Zuma, who is about to usurp Mbeki as president, "polarizing". He hasn't seen anything yet. This from the introduction to my upcoming book, Into the Cannibal's Pot: Lessons For America From Post-Apartheid South Africa:

"Having spent most of his adult life abroad in exile, Mbeki's mannerisms are those of an English gent, [VDARE.COM note: Specifically, he graduated from Sussex University, the same one Peter Brimelow went to] not a man of the people. But the baton has been passed from the pukka proper Mbeki to the populist polygamist Jacob Zuma, who dances half naked in tribal dress. In one of his Noble-Savage moments, Zuma promised, disarmingly, after forcing sex on an HIV-positive acquaintance, that he took a shower as a prophylactic against AIDS."

The NYT claims that "The country's power company unfathomably ran out of electricity and rationed supply." (My emphasis)

Not quite. I've lived through Highveld thunder storms and Cape, South-Easter, gale-force winds. Few and far between were the blackouts. (I purchased a generator in the US, after experiencing my first three-day power outage.)

No, Eskom, the utility that supplied most of the electricity consumed on the continent, did not run out of juice. It just ran out of experienced engineers, expunged pursuant to Black Economic Empowerment policies. (Known in South Africa as "BEE", these are the equivalent of the racial quotas Barack Obama champions, only with many times the sting.)

Another "unfathomable" occurrence that helped disrupt South Africa's electricity supply: the decision to buy coal from the spot market. Driven by BEE policies, here's the sequence Eskom buyers followed: buy first from black women-owned suppliers, then small black suppliers, then large black suppliers, and only after all of these options had been exhausted (or darkness descended, whatever came first), from "other" suppliers.

The NYT reporter is half-right about one thing: "Since 1996, the black population has risen to a projected 38.5 million from 31.8 million." Unmentioned is the fact that the same population has been increasing since Europeans settled South Africa. Then again, "the crucial factor in South African politics was a much more rapid black population growth than anyone had anticipated," writes (liberal) historian (Hermann Giliomee The Afrikaners

Indeed, demographics were the raison d'être for apartheid. Demographics and a fear of communism and crime. (At least two of which have come to pass; Africans have overwhelmed Europeans numerically and criminally. Does that mean the Afrikaners were prescient?)

These, so far, are some of the NYT's half truths. Now to the outright lies:

Chief among the reasons cited for the exodus is violent crime. South Africa has one of the highest murder rates and lowest conviction rates—the latter has risen recently to approximately ten percent—in the world.

Not that you'd know it from Bearak's report, but even though whites make up less than ten percent of the total population, Afrikaner farmers (Boers) are being culled at the genocidal annual rate of 300 per 100,000 inhabitants. "Four times as high as is for the rest of the population," attests Dr. Gregory H. Stanton of Genocide Watch.

Yes, professional racism spotters like the NYT are ever so cavalier about this scandal, reporting amusedly that all that "people here one-up each other with tales of scalding and shooting and slicing and garroting."

The MSM is equally cavalier about the culprits: a thriving black criminal class and a corrupt black government.

And, of course, their enablers in the West.

Remember that when the MSM endorses Obama.

Ilana Mercer (email her) is a weekly columnist for WorldNetDaily.com, a fellow at the Jerusalem Institute for Market Studies. and the author of Broad Sides: One Woman's Clash With a Corrupt Culture, the Foreword to which was written by Peter Brimelow. Her website is www.ilanamercer.com; her blog www.barelyablog.com Her upcoming book is Into the Cannibal's Pot: Lessons For America From Post-Apartheid South Africa.