James Webb, in his fascinating and illuminating book, "Born Fighting: How the Scots-Irish Shaped America", notes that "The Scots-Irish culture has to date produced at least a dozen other Presidents...but Old Hickory (Andrew Jackson, President from 1828 to 1836) remains in a class by himself." 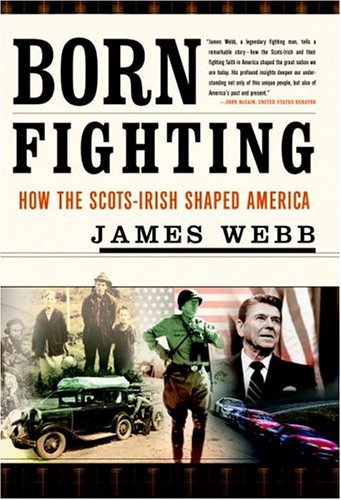 "the first president born in a log cabin. Earlier presidents had come from well-to-do families. Jackson, the son of poor Scotch-Irish immigrants, became an orphan at 14. He grew up on the frontier of the Carolinas. Then he moved to Tennessee, where he became a successful lawyer and landowner. Jackson won fame as an Indian fighter and as a general in the War of 1812. He was nicknamed 'Old Hickory' because of his toughness….Jackson made the presidency a more powerful office, though still subject to the will of the people. As president, he disapproved of many actions by Congress and vetoed 12 bills, more than all previous presidents combined."

Jackson represented the West and the new surge for exploration and personal freedom from elite domination. He embodied this in his actions, particularly the veto of the Second National Bank, run by Philadelphia patrician Nicholas Biddle.  Webb rightly says that Jackson's summation of his veto action was memorable and might apply to many aspects of American society today.

'Equality of talents, of education or of wealth can not be produced by human institutions.  In the full enjoyment of the gifts of Heaven and the fruits of superior industry, economy, and virtue, every man is equally entitled to protection by law, but when the laws undertake to add to these natural and just advantages artificial distinctions...to make the rich richer and the potent more powerful, the humble members of our society–the farmers, mechanics, and laborers–who have neither the time nor the means of securing favors to themselves, have the right to complain of the injustice of their Government.  (My emphasis).

"There are no necessary evils in government.  Its evils exist only in it abuses.'"

As the government, bribed by business and abetted by ethnic lobbies, allows 3 million illegal aliens entry into the US, at the price of denigrating our poorest citizens' lives, then we can compare such indifference to the slavery imports of early America.

These immigrants are basically slaves to a system gone terribly corrupt, a country in decline, and a nation whose leaders have usurped our basic freedoms.  These include dilution of our voting rights, earning power, and the future patrimony we should be handing on to our children.

With supreme irony, Condoleezza Rice, while undergoing Senate confirmation hearings to be our next Secretary of State, also referred to these imported neo-slaves as doing "jobs that Americans won't do."

No, Americans won't pluck chickens or process meat (which a national report recently disclosed were being done under extremely dangerous conditions) for half the wages paid before these imported slaves came here in such profusion, beginning in the late 1960's.

We exist not in a time where wide-open spaces are left for exploration and exploitation, either here or elsewhere on the planet.

We need to stop mass immigration—now.