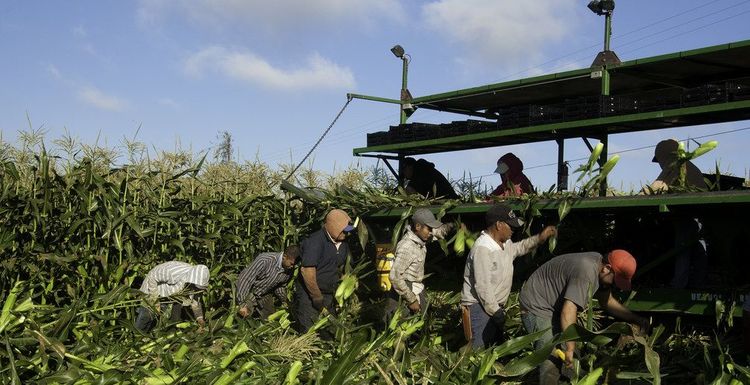 If there is one policy that all the Republican presidential candidates agree on, it is that the free market will solve almost every challenge the American economy faces—from creating jobs to cutting the deficit.

But by calling for big increases in high skilled immigration, these same presidential contenders, from Newt Gingrich to Jon Huntsman, are embracing labor market policies that undermine the free market and insure that it can never work to restore America’s economic health and middle class way of life.

As students learn in Economics 101, Adam Smith’s ‘invisible hand’ works spontaneously in a free-market economy.  One of the market’s virtues is that it is self-correcting. For example, in free market theory there is no such thing as “excess” profit. Instead, excess profit is a good thing because it signals that a wide gap exists between the supply and demand for something, and guides capital and labor to the places where they can be the most productively deployed.

Attracted by those profits, companies jump in. Sooner or later the resulting competition causes prices to fall and profits to return to normal.

The same price signal works in labor markets. A shortfall in the supply of labor or for certain occupations causes a spike in wages for people who have the needed skills.

The Wall Street Journal recently ran a story about a tattooed high-school drop-out earning $200,000 a year operating underground mine drills in Western Australia.[The $200,000-a-Year Mine Worker , by John W. Miller, November 16, 2011]  Mining is dangerous work and miners in Western Australia endure 12-hour work days. But a shortage of workers in the mining industry down under has been a windfall for workers, where the Journal reports salaries averaged $110,000 in 2010.

But what happens if the “price signal” never gets sent? The answer is that the market cannot correct itself and a temporary shortage becomes a permanent one.

Take the case of so-called Science, Technology, Engineering, and Math (STEM) workers in the U.S. Corporate CEOs and business groups are decrying the shortage of qualified workers in these fields, which are all high-skill areas, often requiring master’s and doctorate degrees. But instead of paying the high salaries the market demands, they insist that Congress holds the cost of STEM workers down, by opening the gates to foreign workers.

Congress and successive administrations have responded by handing out hundreds of thousands of skilled-worker visas to foreign applicants, mainly Indians and Chinese who are only too happy to take jobs at “below market” wages.

So, rather than pursue advanced degrees in Science, Technology, Engineering, or Math, U.S.-born students respond rationally to market signals and get undergraduate degrees to pursue jobs in fields like business, education, journalism, and government.

The result of all this market interference by Congress is exactly the situation we have today—a chronic shortage of STEM workers from domestic sources and a dangerous over-reliance on workers from abroad. According to The Wall Street Journal 55 percent of all U.S. master’s degrees and 63 percent of all doctorate degrees in electrical engineering already are being awarded to foreign-born students.

But Republican presidential candidates seem eager to increase our dependency on foreign talent even more. In an oft-repeated line that is echoed by the other candidates, Mitt Romney says, “I’d staple a green card to the diploma of [any foreign student] who’s got a degree in math, science, a Master’s degree, Ph.D.” Jon Huntsman adds, “The [skilled worker] visa process is broken.  We need to bring in brainpower to this country to shore up our economic might.”[Both quotes are from the September 12, 2011 “Tea Party Debate.”]

At a time of high unemployment with dim job prospects facing college students, many of whom will graduate burdened by student loan debt, Republican presidential candidates should hesitate to push for more foreign worker visas.

But the pressure to appease their corporate backers is great. And when push comes to shove, none of the candidates are willing to let the free market they swear allegiance to, work in practice.

There is also a serious national security risk in relying on foreign brainpower. Chinese and Indian scientists and other foreign-born high-tech workers are easy targets for espionage against the U.S. carried on by spy agencies of foreign governments like China’s. In recent years the FBI has uncovered a growing number of serious espionage cases involving foreign-born nationals.

Spymasters from Moscow to New Delhi must be quietly cheering the candidates’ statements.

In politics, consistency is always in short supply. But now the stakes are too great. If Republicans want to preserve the U.S. as the leader of the free world, they must let its market economy work.

K.C. McAlpin [Email him] is President of Of US, Inc.