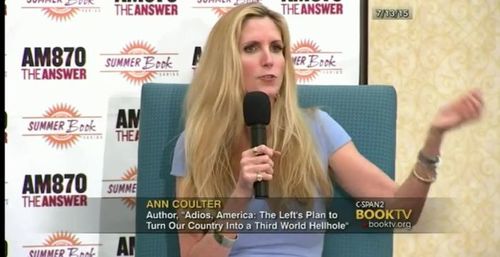 Ann Coulter Says “Americans Are About To Be Out-Voted By OTHER Voters”—She's Right, It’s Happened Before!

“Electing a New People” and replacing Americans with immigrants who will out-vote them in their own country isn’t some dire prediction of the future. It’s something happening today. What’s more, it’s something that has happened before.

In 2007, historian and Claremont Institute senior fellow Thomas G. West noted how the transformation of the American electorate in the 1930s and 1940s resulted largely from the immigration “Great Wave” of 1880-1914: 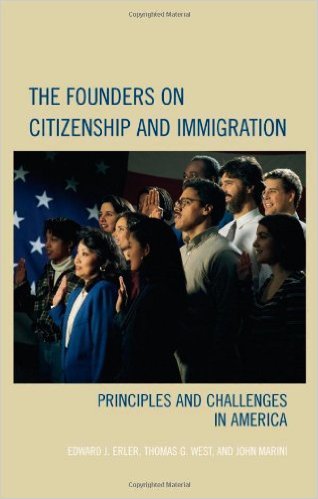 To get some perspective on today’s immigration, recall what happened during the last great immigration wave—the one from Southern and Eastern Europe between 1880 and 1914.  For the next three or four generations, the offspring of these immigrants voted overwhelmingly against policies based upon what Jefferson called “the freest principles of the English constitution, with others derived from natural right and natural reason.”  Instead of favoring Jeffersonian, limited, decentralized, constitutional government devoted to securing individual liberty and property rights, a large majority of these voters have supported the construction, step by step, of the centralized and bureaucratized modern administrative state.  The Democratic Party was swept into power in the 1930s in large measure by the votes of these immigrants.  Historian Samuel Lubell tells the story:

[According to a 1910 report to Congress on immigration,] a majority of the children in the schools in thirty-seven of the nation’s leading cities had foreign-born fathers.  In cities like … Duluth, New York, and Chicago, more than two out of every three school children were the sons and daughters of immigrants.  Viewed in today’s perspective, it is clear that those figures forecast a major political upheaval some time between 1930 and 1940.  By then all of these children, plus baby brothers and sisters not enrolled in school, would have grown to voting age.  Massed as they were in the states commanding the largest electoral vote, their sheer numbers would topple any prevailing political balance … [T]he big-city masses furnished the votes which re-elected Roosevelt again and again—and, in the process, ended the traditional Republican majority in this country. [Emphasis added. PN.]

According to political scientist Norman Nie, many older-stock Americans continued to vote Republican as much as ever:

[T]he nature of partisan attachment—in particular, the habitual and unchanging character of party identification for the majority of citizens—was not significantly different in the 1920s and 1930s from what it is today.  The shift to a Democratic majority occurred largely through the entry of new groups into the electorate between 1920 and 1936.  These new entrants consisted of young voters entering the electorate and older (largely immigrant or second generation) Americans voting for the first time.  The conversion of long-time Republicans played a far less significant role.

Of course, many of these new Democratic voters were off-spring of older American groups.  Nevertheless, Nie concludes, “the immigrants and their children are credited with a decisive role in the major political realignment of the [Franklin] Roosevelt era.”

“Immigration: The Founders’ View and Today’s Challenge” in The Founders on Citizenship and Immigration: Principles and Challenges for America , edited by Edward J. Erler, John Marini and Thomas G. West

“The traditional Republican majority in this country.”  This striking phrase is quite similar to the “historic American nation” often discussed at VDARE.com. And the situations then and now are much the same.

NumbersUSA chief Roy Beck gave an example of what it meant for native-born Americans to lose control over their own political destiny by using the city of Wausau, Wisconsin in his famous 1994 Atlantic magazine classic The Ordeal of Immigration in Wausau:

After the turn of the [20th] century, immigration caused a social upheaval in Wausau. Back then the Germans and the Yankees were distinct ethnic groups, neither of which found particular strength in diversity. From 1880 to the start of the First World War, Germans streamed into Wausau, eventually overwhelming its New England Yankee founders. Jim Lorence, a local historian, says that the Germans became the predominant ethnic group around 1910. By the end of the decade the immigrants had turned the once conservative Republican town into a Socialist powerhouse. After the November, 1918, elections nearly every county office and both of the county’s seats in the state assembly were filled by German-elected Socialists, Lorence says. Amid the political turmoil, natives felt like foreigners in their own home town.

As Beck noted, it took the 1924 immigration cut-off and several decades of digestion for Wausau’s disparate ethnic groups to blend and find a new equilibrium. Of course, this equilibrium was then disturbed by the influx of Hmong refugees in the 1980s and 1990s, as Beck chronicled.

Today, mass immigration is leading to the de facto theft of the country from those who created it. And the consequences of today’s wave of mass Third World immigration may be even greater than those caused by the “Great Wave” of European immigration in the past.

Ann Coulter, author of the conversation-exploding book on immigration, ¡Adios America!: The Left’s Plan to Turn Our Country Into a Third-World Hellhole, gave some contemporary examples when she spoke to Breitbart’s Ben Shapiro. After listing various threats to the United States, Shapiro asks Coulter, “Why is immigration the greatest threat facing the country?”

Coulter reviews the last few years of conservative defeats and then says (my transcription):

Without the 1965 immigration act, Romney would have won a bigger victory against Obama than Reagan did against Carter in 1980.  I think probably some of you were as surprised as I was the day, at 3 a.m. election night— “Huh, I thought he was going to win that.”

Well, get used to saying that a lot more: “Huh, I thought we were going to win that election.  What happened in that state?”

…ALL THESE LOSSES DIDN’T HAVE TO HAPPEN.  So whatever you think the most important issue is, it’s not.

At least some people in the conservative movement are beginning to understand this. Both Sailer and Coulter’s work is consistent with the 2014 paper by Phyllis Schlafly’s Eagle Forum, How Mass (Legal) Immigration Dooms A Conservative Republican Party.  (The 41-page original paper is here [PDF], and a two-page VDARE.com summary of key points is here [PDF].)

Of course, as we can see, there’s also a hysterical reaction by other alleged Republicans against any attempt to champion the interests of their mostly white base. But as Coulter notes, if current trends continue, “Americans are about to be out-voted by other voters, by foreign voters the Democrats have brought in.”

No matter how much good press they garner today, if their preferred policies remain in place, Open Borders Republicans will be in the dustbin of history tomorrow.

The question isn’t what kind of a future mass immigration will create for America. From history, and from events happening today, we already know the answer.

The question is whether the Republican Party, even out of self-interest, will do anything to stop it.