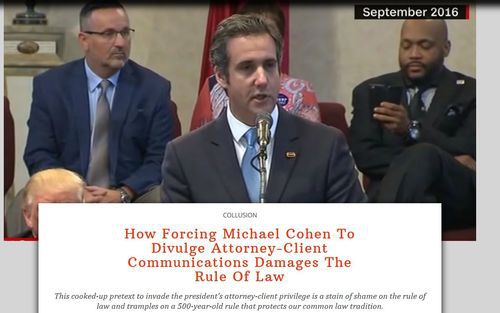 I gather I was supposed to gasp when Michael Cohen said during his testimony before Congress on Wednesday, "The president of the United States thus wrote a personal check for the payment of hush money as part of a criminal scheme to violate campaign finance laws."

If that's the best he's got, Trump should demand we hold the election this coming Tuesday.

Neither the media nor Cohen seem to realize that Cohen wasn't doing anything illegal when he paid the "hush money." (Just because Trump thinks every Jewish lawyer is Roy Cohn doesn't mean you have to, too, New York Times.)

If it wasn't illegal for Cohen to pay the hush money, it's certainly not illegal for Trump to reimburse him for it. Cohen was, after all, Trump's lawyer. He got reimbursed for a lot of things.

But we have to have days of hearings in hopes of establishing that Trump violated the campaign finance reporting requirements with these payments, in which case, OH MY GOSH, HE'D HAVE TO PAY A FINE.

I'd be more impressed if they got Trump on a jaywalking charge.

President Obama had to pay $375,000 in fines for actual campaign violations during his 2008 run, and I don't think we needed 16 prosecutors, half of Congress and the entire media on the case.

The theory of Trump's alleged campaign finance violation is that if you're running for office, all normal life expenses suddenly become campaign-related. According to these neurotics, ANY money Trump or his companies spent during the campaign is a potential campaign finance expenditure. 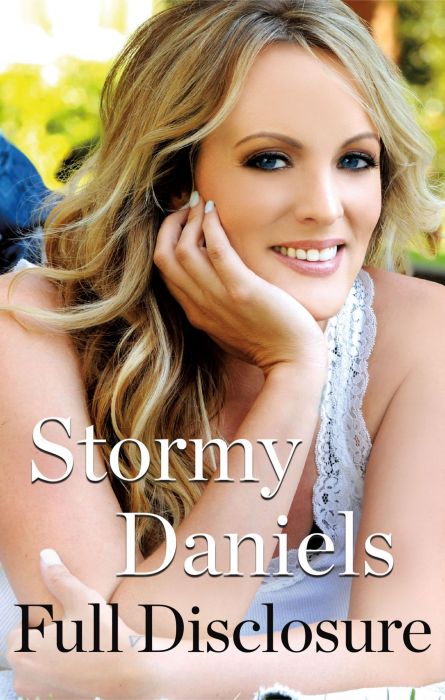 Paying your gardeners is a campaign expense—because who would vote for a man who can't even keep the hedges tidy at Mar-a-Lago? If Trump had gone to the hospital for an appendectomy—well, he got his appendix cut out because he feared that if he died of appendicitis, he wouldn't get the nomination.

Luckily our laws aren't as insane as our media. For the hush money payments to be campaign expenses, the government would have to prove:

1) Trump, with his fine legal mind, knew he was violating the law; and

2) He authorized the payments only because he was running for office.

Such an argument would be absurd with anyone, but we're talking about Donald Trump. He didn't exactly hold himself out to the voting public as a moral paragon.

As voters were well aware, Trump's been married three times, has appeared in Playboy videos, and was a fixture on the Howard Stern show for years, discussing breast sizes and ranking women's looks. In the very first GOP debate, Fox News reminded viewers that Trump had called women "fat pigs, dogs, slobs and disgusting animals."

The reason the "Access Hollywood" tape failed so spectacularly was that Trump had never appealed to Americans based on his character.

To take a contrary example at random, off the top of my head: Sen. John Edwards' presidential campaign was entirely premised on his boasting about how much he loved the poor and loved his cancer-stricken wife—and also loved his son, who died in a car accident and he's never told anyone this story before ...

About a year before Edwards was caught by a real newspaper, the National Enquirer, visiting his love child and mistress in the Beverly Hilton, Edwards droned on and on about the importance of marital fidelity to CBS's Katie Couric. It was, he said, "fundamental to how you judge people and human character—whether you keep your word, whether you keep what is your ultimate word, which is that you love your spouse, and you'll stay with them."

In order to preserve this utterly false image, Edwards arranged for his campaign donors to fork over nearly a million dollars to keep his baby mama happy and quiet. These were donors—not Edwards' personal lawyer—who ponied up because they wanted him in the White House, and the money was being spent to protect the candidate's completely bogus public image.

But when federal prosecutors brought a case against Edwards for failing to report these rather more obvious campaign expenditures, the government was nearly laughed out of court. The media ridiculed the entire prosecution and the jury acquitted, presumably on the grounds that, however much Edwards didn't want voters to know about the affair, he also didn't want his wife to know.

Trump won the presidency not because he touted himself as a man of character, but because he said he was someone who could get things done. Like build the wall. If you're going to impeach him, impeach him for that.