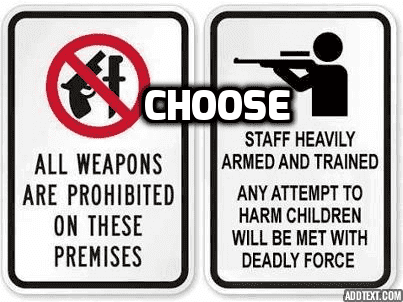 Ann Coulter On Gun Control: Instead Of School Walkouts, Fight Back!

The New York Times seemed to think it was bitterly ironic that some of the students at Santa Fe High School, site of the recent mass shooting, had staged a walkout last month in support of the Parkland, Florida, students. But now, only a month later, one of the students who participated in the walkout is in the hospital from yet another school shooting.

I suppose we could revel in the irony, but, as a more results-oriented person, what I take from that vignette is that school walkouts are not effective deterrents to school shootings. I'm not sure the poems did much either.

These are hideous events that require serious proposals, not the self-indulgent mawkishness our media keep serving up.

Here are some news items that might help us figure out how to reduce the number of school shooting victims.

It's seems like it's been awhile since we've heard of a crazed gunman being quickly disarmed at a school. Maybe because we've been trying to stop mass shootings with gun-free school zones.

Here are some older school shooting cases that had comparatively happy endings.

We can try the walkouts, rallies, moments of silence, media adulation, poems and fist salutes. But if the full arsenal of liberal disapprobation doesn't stop schizophrenics from going on shooting sprees, concealed carry laws will at least save a lot of lives.