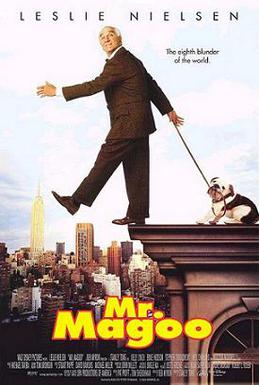 It never gets old! Also, this exercise reminds us of the many things we are thankful for this week: Donald Trump, the cluelessness of his opponents, and Nexis transcripts.

Our featured GOP consultant this week is Matthew Dowd, chief strategist for the Bush-Cheney campaign and modern-day Mr. Magoo.

Nominally a conservative in a liberal business, Dowd couldn't pull off a full Arianna, so if he wanted to sit in a warm studio on Sunday mornings issuing pronouncements as if from Mount Olympus, he had to come up with an act.

Even a guy like Dowd—wrong on everything else, from the time of day to whether it's raining—accurately sussed out what the media wanted: a non-conservative playing "the conservative." How else to explain the fact that the entire American media refused to have on anyone who supported the man who just won a landslide presidential election?

The territory Dowd carved out for himself was: patriotic sage, above partisanship, announcing on every subject that both sides were wrong, he alone was right. This made him a regular panelist on ABC's "This Week" with George Stephanopoulos.

Dowd's "both sides are wrong" offering to the one-party church was condescending and tiresome, but it would help if he were, from time to time, correct.

Instead, from the moment Trump announced, Dowd treated us to hilariously boneheaded prognostications that were instantly proved wrong and never acknowledged as he issued each successive boneheaded prediction.

On Feb. 7, 2016, Dowd pronounced that the nominations would be wrapped up in "April for the Democrats and May for the Republicans.”

Trump won the nomination by May 4 and Hillary won it in June—two months after Dowd's confident prediction.

Trump won the election—and he won it with far more electoral votes than Dowd's candidate ever got.

On May 1, Dowd said, "It's going to be a men-versus-women election, unfortunately.”

Dowd spent several Sundays in May assuring viewers that a third-party candidate would be on stage at the debates: "I think there is likely to be somebody else standing in the debates and that changes the dynamics.”

After Trump wrapped up the nomination, Dowd claimed he had predicted it! "Well, I was very bullish on Donald Trump in the primaries," he said on May 8. His use of the term "bullish" was, well, half-right.

In the week leading up to the election, Dowd was a whirling dervish of soothsaying on Twitter:

Of the four states Dowd considered "a total waste" for Trump to campaign in, he won the two biggest, worth more than twice as many electoral votes as the other two combined—and one of those he lost by only 0.3 percent. 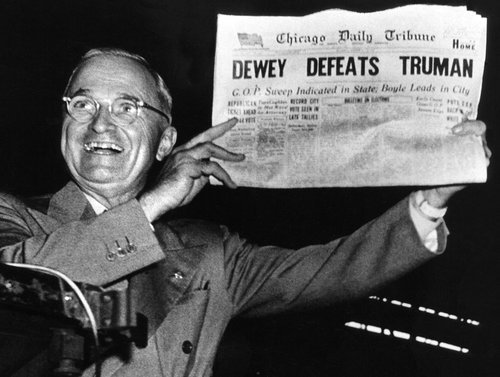 Trump carried both Michigan and Wisconsin. Hillary did not win Arizona.

Although Trump never made any excuses—he won!—all three of those statements turned out to be true. (See Newsweek magazine's "Madam President" issue.)

Trump won more of the Hispanic vote than either McCain or Romney—and probably more than Bush, for whom we only have nonsense numbers (as both Republican and Democratic analysts agree—see Hispanic Voting Myths, by Steven Malanga, City Journal, Autumn 2007 and 44 Percent of Hispanics Voted for Bush? By Ruy Teixeira, AlterNet, November 24, 2004 ). [VDARE.com note: Democratic pundit Teixeira linked to and credited Steve Sailer's Bush Didn't Win 44% of Hispanic Vote —The Smoking Exit Poll, VDARE.com, November 10, 2004]

On Nov. 6—48 hours before the election—Dowd announced on ABC's "This Week" that Trump would lose, "and lose badly." Bored with his own omniscience, Dowd explained, "George, to me, this election has been ... incredibly predictable actually from the primary.”

Mr. Magoo had more wisdom to impart: "On election night, Hillary Clinton's margins among nonwhite voters and among college-educated voters are going to be the highest margins we've ever seen.”

Dowd's sweeping declarations turned out to be less accurate than a blindfolded monkey throwing darts in a bar.

TV bookers couldn't get enough of Dowd. What smugness! What monumental cluelessness! 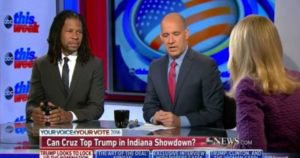 ABC's "This Week" is a show famous for confronting guests with their own prior statements. Would ABC play this game with its own Powerhouse Roundtable prognosticators? Surely a man of Dowd's integrity would come on the air and admit, "I couldn't have been more wrong!”

HELLO! That didn't happen at all!

Dowd was allowed to sit out the Sunday after the election. The following Sunday, he was in his usual seat on the Powerhouse Roundtable, right back to giving his sweeping, grinning predictions, with no acknowledgment that he had been spectacularly—and characteristically—wrong in every prediction he'd made, all year long.

That's why Dowd is our modern-day Mr. Magoo.

As Trump is being sworn in and visions of the wall are dancing in your head, remember that if he ever runs out of bricks, he can always use Republican consultants.