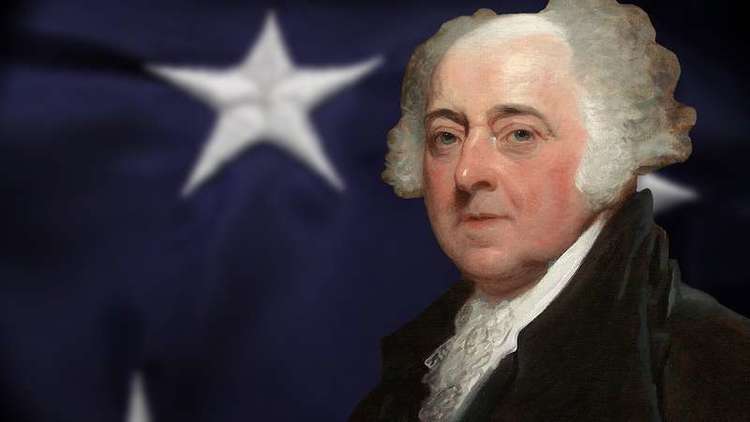 Over the past three decades our Founding Fathers have fallen on rough times. Disparaged by liberals and slandered by post-modernists and cultural Marxists, their portraits have been removed from public buildings and their presence stricken from textbooks. It is possible today for American students to pass through elementary school, high school, and obtain a university degree without gaining any appreciation for the men who founded their country.

The horrendous events of September 11 taught Americans that denunciations of their heritage have consequences that go beyond the babbling of crackpot academics and minority "leaders." Patriotism and our flag made a comeback. And so did truthful biography.

David McCullough's masterful biography of John Adams brings to life the sufferings and hardships that a few men were willing to bear in order to create a new nation. Though perhaps not the most brilliant or most distinguished of our founding fathers, John Adams was certainly the most determined. Without his rectitude, integrity and toleration for stress and long separations from his beloved family, and the forbearance and support of his wife and children, the American cause would have failed.

McCullough's meticulously researched account of John Adams reads like an adventure novel. Americans should put aside their grocery store romantic novels, take a break from the trash that television delivers, and settle down with a copy of John Adams to reacquaint themselves with their country and its principles.

Our country's basic principles and values are under full scale assault in public schools and universities, and by demagogic politicians, liberal judges, media, entertainment, multiculturalists, post-modernists, Marxists, millions of unassimilated immigrants, and minority "leaders" who call everyone but themselves "racists." These are far more dangerous enemies than 18th century British redcoats.

The Melting Pot, as Carol Iannone recently noted, was an unwritten pact between early settlers and newcomers that neither would insist on their ethnic identity as the primary identity of an American citizen.

The deceitful immigration "reform" that Senator Ted Kennedy fostered on an inattentive country in the mid 1960s has shattered this pact and broken the Melting Pot. The expansive universalism in our open borders immigration policy plays into the hands of practitioners of divisive "identity politics." Minority and immigrant leaders promote their ethnic identity and seek political power, legal privileges and taxpayer funded benefits on the basis of ethnic identity.

Identity politics, as practiced by minorities and played to by white politicians, undoes the nature of our society and pushes us into a Balkanized Tower of Babel where equality of persons is replaced by race-based rights, race-based consciousness, and the naked exercise of race-based political power.

Because of identity politics, diversity is not a strength. It is, as Carol Iannone says, "belligerent and full of resentment, forcing us to erase every historical memory and to drive any sense of a collective and particularly American peoplehood out of public life."

David McCullough knows what he is talking about when he tells us that in times such as ours when our values and principles are being stupidly overthrown,

"more and more we need understanding and appreciation of those principles upon which the republic was founded. What were those 'self-evident' truths that so many risked all for, fought for, suffered and died for? What was the source of their courage? Who were those people? I don't think we can ever know enough about them."

One of the most striking facts of our country's existence is how long it has survived on the work of a handful of men who lived two centuries ago. Indeed, since the mid-nineteenth century, leaders have done nothing but rob the Constitution that holds us together, extinguishing its principles and casting aside "we the people."

Most of the original rights on which our country was founded are long gone. Their place has been taken by the right to murder both the unborn and those being born, the right of the majority to make tax slaves out of the productive minority and force them to serve a redistributionist state, and the right of "victim groups" to exercise legal privileges based on group status—a medieval privilege.

McCullough's biography of John Adams is a best seller. Maybe enough Americans will read it, screw up their courage and put their foot down in defense of the remnants of the magnificent political entity our Founding Fathers bequeathed to us.

Paul Craig Roberts is the author of The Tyranny of Good Intentions : How Prosecutors and Bureaucrats Are Trampling the Constitution in the Name of Justice.