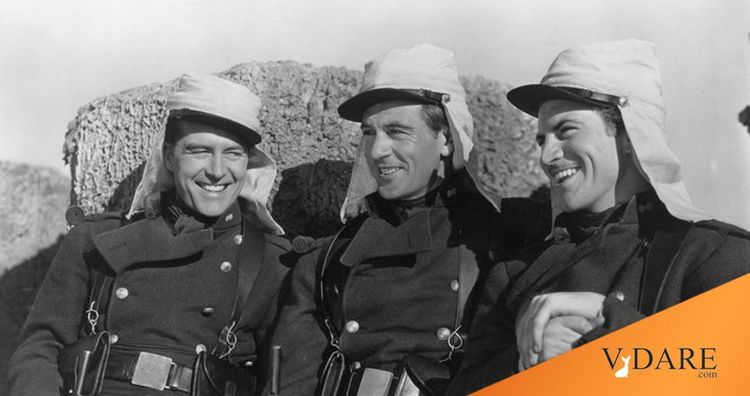 One of the privileges that goes with American citizenship is the opportunity to become a commissioned officer in the U. S. Armed Forces. You can be drafted as a resident alien, when there's a draft, or you can join in the ranks as a foreigner, but you can't be an officer unless you're a U. S. citizen. This is because the law recognizes the importance of loyalty. (It's an old law.) 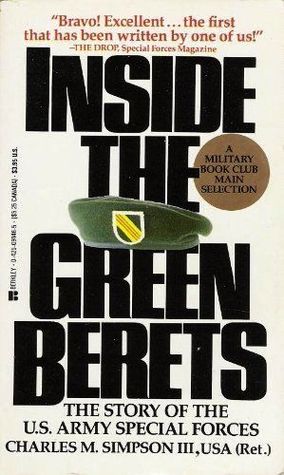 In the Fifties, the Lodge Bill allowed people who were willing to fight for the U. S. to fast-track towards citizenship,(service overseas counting as U.S. residency, of course.)

Inside The Green Berets, by Colonel Charles M. Simpson III, tells the story of Stefan Mazak and others who refugeed out of Communist countries, and joined Special Forces which needs soldiers who are genuinely fluent in foreign languages.

Simpson writes, "In the early days of the Forces, such men gave it Foreign Legion flavor. The team rooms were heavy with foreign accents, and the rosters looked like a Notre Dame football team."

Stefan Mazak performed incredible feats for Special Forces in the Congo and in Vietnam, where he was killed. While his English skills weren't totally up to par, he had been recruited more for needed Czechoslovakian fluency than for English skills—totally different from the modern attitude that we mustn't discriminate against people with substandard English.

This is the kind of man that makes immigration look good. (If you wonder why I'm going out of my way to say nice things about these particular immigrants, there are two reasons: they really are loyal, and an asset to the United States, and since I may have occasion to train with them in the future—I do martial arts—I don't want them to beat me up.)

Nevertheless, the presence of foreign nationals in the Army will always bring up the question of loyalty. During the Cold War, there was not a lot of danger that the refugees from Communism would feel any loyalty to the governments of their native countries, which were under Russian occupation at the time. Many foreign-born Green Berets had relatives behind the Iron Curtain, who would have been endangered if their governments had known that a relative was serving in Special Forces. Part of the SF tradition of total secrecy ("If I tell you that, I'll have to kill you.") comes from these men. 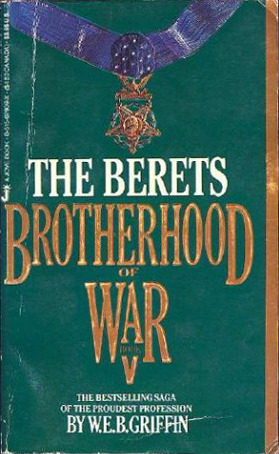 Readers of W. E. B. Griffin's Brotherhood Of War series will remember this, and there's a scene in The Berets where a Sergeant has to remind the fictional Karl-Heinz Wagner that he's taken an oath "without any mental reservation or purpose of evasion,"  when he became a U.S. Army NCO. Wagner's reservation is that while he hates Communism, he doesn't want to be involved in spying on his former country.

The same condition (no mental reservations) is theoretically imposed on all new citizens. But, as Peter Brimelow reports, it has become a dead letter.

Similarly, in the most recent book of the Griffin series, Special Ops, a Cuban refugee is recruited, based on the very careful judgment of a board of officers that he's not a penetration agent for Castro, and on his word that he won't use his position to try to obtain private revenge on Che Guevara.

They seem to have stopped asking those tough questions.

In 1999 SF Sergeant Ali A. Mohamed was indicted for helping Osama bin Laden by training his men in "various military techniques including urban fighting, guerrilla fighting and evasion of surveillance." (He pled guilty.)

There are a fair number of Muslims in the U.S. Army today. The Chaplain's Corps is making allowances and so is the Quartermaster Corps, although it will be a long time before pork is eliminated from all the rations. (Wanted, a religion that abominates lima beans.)

U.S. Army transport planes fly Muslim soldiers to Mecca on regular basis. Now, I'm sure most of those people are loyal. But sometimes most isn't good enough. One man in the wrong place can do a lot of damage. 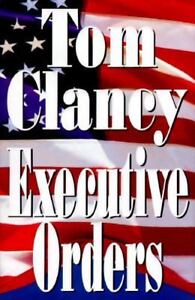 In Tom Clancy's Executive Orders, one of the President's bodyguards, an Iranian-American sleeper agent named Jeff Rahman, is in position to assassinate President Ryan, and is waiting for the order and the opportunity to do so.

Since Clancy always has happy endings, Rahman fails, but in the meantime, readers throughout the English speaking world were jumping up and down and yelling "You've got an Iranian guarding the President! Are you crazy?"

Now it's a fact that the fictional Rahman, like the real Sergeant Mohamed, was a U.S. citizen. You have to be to be a Secret Service agent. But the people responsible for assigning him knew he was born in Iran, which Clancy piously notes doesn't make him the only suspect. Clancy is an immigration enthusiast himself, but since he makes his living writing books about foreign terrorists trying to commit mass murder in the US, his books tend to support VDARE's point of view.

It's not only immigrants from distant foreign lands who can cause loyalty problems. John Rohmfeld of Texas complains bitterly that his Corpus Christi National Guard unit was composed of ninety percent Hispanic soldiers, many of whom were a hundred percent disloyal to the United States.

In other words, the people doing the protecting are the cousins of the potential invaders. If they feel, as a Hispanic supervisor apparently told Rohmfeld, "I am first a Mexican and not a f****** American!", how can they be effective border guards?

In any list of army values, loyalty must come first. Machiavelli used to write about the condottieri, hired guns of the Renaissance period, that they were "doubtful, unfaithful, and dangerous". The best form of army for any principality, he said was "one's own."

Machiavelli was one of those writers who are always citing the past, because rarely does anything happen for the first time, and he said:

And if the first disaster to the Roman Empire should be examined, it will be found to have commenced only with the enlisting of the Goths; because from that time the vigor of the Roman Empire began to decline, and all that valor which had raised it passed away to others.

Could the U.S. have "passed away to others" without anyone noticing?